Looking for Growth in All the Wrong Places 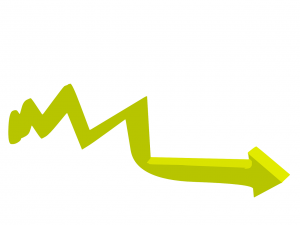 We’ve officially moved into the part of the campaign where candidates tell us their grand vision for America.  Donald Trump, moving on his promise to “make America great again,” challenged other Presidential candidates to put forward their ideas for helping workers and moving America forward.  Chris Christie and Jeb Bush obliged:

There’s a long way to go on the campaign trail — and many more policy details yet to emerge. Trump challenged his GOP competitors to lay out their job and business plans in a message on Facebook this week, although he himself has been thin on specifics, especially when it comes to the economy.

Bush has talked broadly about reforming regulation and taxes and enacting a balanced budget amendment.

Christie recently put out a 5-point plan to improve the economy. The factors include: lowering taxes, scaling back regulation, reforming energy (think: approving the Keystone XL pipeline and lifting the export ban on crude oil), making the R&D tax credit permanent and eliminate payroll taxes for those under 25 and over 62.

Yes, it is.  That’s because everyone’s proposals are missing a crucial component to get the economy moving again.  Taxes, regulations, and energy policy have all been done to death over the past 15 years, but that hasn’t stopped the economy from slowing to a 2 percent crawl, far less than the 3 to 4 percent we enjoyed in the ’80s and ’90s.  The only economic driver we haven’t tried yet is monetary policy.

The Republican field is starting to realize fixing the dollar needs to be part of any conversation about fixing the U.S. economy, and some are taking action: Rand Paul, a longtime proponent of looking more closely at the Federal Reserve’s monetary policy, reportedly offered an Audit the Fed amendment to a cyber-security bill.  But is an audit really enough?  All an audit would do is confirm what we already know: current Fed policy hasn’t boosted growth from its anemic 2 percent rate.  Clearly something more is needed here.  Fortunately, Republicans have an ideal vehicle to find out what that is.

Enter the Centennial Monetary Commission.  Rep. Kevin Brady’s (R-TX) bill, which just passed the House Financial Services Committee, would take an empirical look at the Federal Reserve’s policies over the past 100 years (plus a few new ones, like the Taylor Rule and NGDP targeting) and identify which policies most correlate with good job creation and a thriving economy.

I believe passing this bill would give Republicans a baseline to advocate for changes to our monetary policy, and at least two presidential hopefuls seem to agree. Ted Cruz and Rand Paul have reportedly introduced a Senate version of the bill.  Hopefully, other Senators in the race, like Marco Rubio and Lindsey Graham, aren’t far behind.