Former Arkansas Governor Mike Huckabee’s campaign sent out a supporter e-mail on Friday. He does NOT like Common Core: 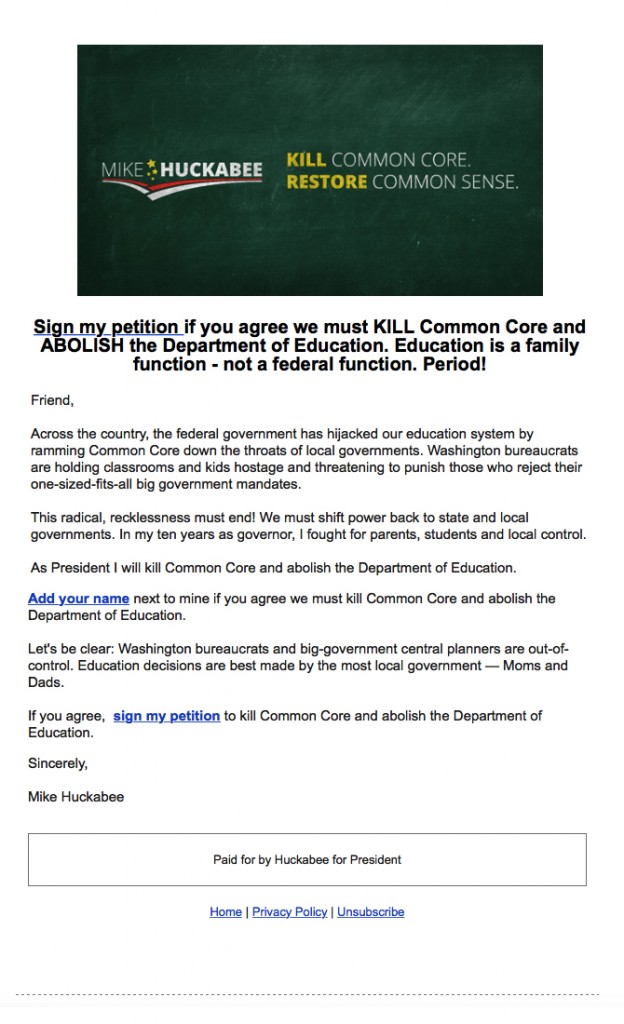 That is one heck of a strong statement. By my count, that is five instances of “kill Common Core” and four instances of “abolish the Department of Education.”

It will be interesting to hear more from Huckabee in the coming weeks and months as he continues to flesh out his position. Will he, for example, speak to Common Core’s low quality? Does he recognize that the old California and  Massachusetts standards were far better?  Will he propose policy solutions to safeguard state and local decision-making? And how specifically will he champion student privacy issues, as he appears willing to do?

For more on Huckabee’s positions and history regarding these issues, see the Common Core report card we issued last week.