The Left Plays By Its Own Rules, Once Again 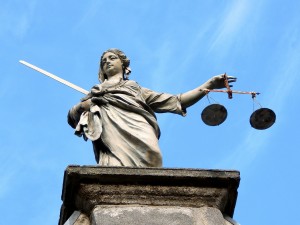 I am pleased to report that Rowan County, Kentucky, clerk Kim Davis has been released from jail. But I have been very disappointed by the parade of leading Republicans — Donald Trump, Governor Jeb Bush, Senator Marco Rubio, Governor Chris Christie and others — who are distancing themselves from Davis.

This sorry episode is yet another example of our side playing by one set of rules while the other side plays by its own.

When the law was the Defense of Marriage Act, the president and attorney general of the United States refused to enforce it. President Obama has routinely refused to enforce various immigration laws or parts of Obamacare. Why were Obama and Holder not held to the same standard as Mrs. Davis?

Commentators insist that Davis is violating the law. What law? Congress has not passed a law recognizing same-sex marriage. Neither has Kentucky. In fact, 75 percent of Kentucky voters approved a constitutional amendment defining marriage as the union of one man and one woman.

The Supreme Court’s decision redefining marriage was a narrow five-to-four vote that upended hundreds of years of accepted law, defied the values of the American people and invalidated the votes of millions of citizens. And the court has been wrong before.

When it ruled that Dred Scott was the property of his slave master, was the proper response for Christians to promote slavery? When the Supreme Court ruled in Plessy v. Ferguson that separate but equal was constitutional, was complying with segregation the proper Christian thing to do?

Generations of Americans have admired the courage of those willing to risk jail for their beliefs, men and women like Rosa Parks and Martin Luther King, Jr. Perhaps the politicians who are piling on Mrs. Davis should read Dr. King’s “Letter from a Birmingham Jail,” and ponder his thoughts about just laws being those that square “with the moral law or the law of God.”