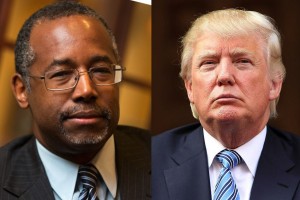 The latest CBS News/YouGov poll shows Carson surging in Iowa, drawing within 4 points of Donald Trump, which is within the poll’s 4.4 percent margin of error.

Trump has the support of 29 percent of likely GOP voters, with Carson at 25 percent, Cruz third at 10 percent, and the rest nowhere.

As importantly, signs that Donald Trump’s abrasive style may put a cap on his support, at least among religious conservatives, are emerging: Carson is the first or second choice of 46 percent of Iowa Republicans, while Trump tops out at 39 percent.

In New Hampshire, Trump’s lead remains large with 40 percent support; Carson is second with 12 percent. No one else breaks double digits (Kasich is third, a notch ahead of Fiorina).