Invasion of the Party Snatchers: Who Are These Democrats in Philadelphia?

I have a working hypothesis. I suspect that the vast majority of Democrats in Philadelphia were recently abducted and replaced by alien impostors.

Call it the Invasion of the Party Snatchers.

Yes, this may sound absurd, but it is the only logical explanation I can muster for the happy-go-lucky, God-bless-America, we-are-the-greatest vibe the Democrats are giving off at the Democratic National Convention this week.

Take Michelle Obama’s speech on Monday, for example. The First Lady stoked the crowd with a powerful dose of raw nationalism:

“Don’t let anyone ever tell you that this country isn’t great — that somehow we need to make it great again. Because this, right now, is the greatest country on earth!”

Strong words. Maybe the Democrats really are the party of patriotism and positivity? Except that’s not what Michelle Obama said just eight years ago, when her husband was running for President:

“For the first time in my adult lifetime, I’m really proud of my country…”

Quite a flip-flop to be sure.

And did you watch President Obama’s love letter to America on Wednesday night?

Really? When then-Senator Obama was asked what he thought about Americans in 2008, he seemed a bit more critical:

“You go into these small towns in Pennsylvania and, like a lot of small towns in the Midwest, the jobs have been gone now for 25 years and nothing’s replaced them. And they fell through the Clinton administration, and the Bush administration, and each successive administration has said that somehow these communities are gonna regenerate and they have not. And it’s not surprising then they get bitter, they cling to guns or religion or antipathy toward people who aren’t like them or anti-immigrant sentiment or anti-trade sentiment as a way to explain their frustrations.”

By the way, you can add the “Obama Administration” to Obama’s list of administrations who have done nothing for working Americans. According to one metric, when accounting for inflation, Americans haven’t received a raise in 16 years.

So why, all of the sudden, is the Democratic Party the party of patriotism and positivity? Why are they claiming “America is already great” this week, when their activists were claiming “America was never great” last week outside the Republican National Convention in Cleveland?

This is why I’m convinced we are witness to an invasion of Party Snatchers. There can be no other explanation.

Remember, this is the same Democratic party that, when not replaced by an alien race of Party Snatchers, claims that religious freedom is the worst form of bigotry, that the Second Amendment is destroying our communities, that discrimination is everywhere, that LGBT people can’t even walk down a street without being denied cakes and cutesy sepia-tinted wedding photos, that racism is a dark specter haunting not only our past, but our present, and that police officers — you know, the brave men and women who stand as our last line of defense against a real-life version of “The Purge” — are the very symbol of institutional racism.

Media people cynically called Donald Trump’s speech “dark” and “divisive” last week. Judging by recent polls, the American people didn’t quite agree. But the Democrats are doing their best to illustrate a contrast — they have purposefully chosen a positive, patriotic theme this week, and the media is dutifully reporting about how the convention is full of sunshine and rainbows.

Of course, this is fake. It is as if the Democrats are playing a role in a play because this is not who they are. The Democratic Party, at least in recent years, has been the very definition of “dark” and “divisive”. They have done everything they can to pit Americans against each other by stoking racial hatred, class warfare, and anti-Christian bigotry.

This week the Democrats are doing their best to show a love for America, a desire to protect life — as long as the life is outside the womb, of course — and a superficial commitment to at least a few Constitutional principles.

Now sure, maybe the Democrats have chosen to paint a rosy picture of America because they are the ones in power. Maybe it’s a weak attempt to frame President Obama’s eight years of miserable failure as a success. Maybe there’s a legitimate political reason for this sudden shift in discourse.

But honestly, I like my theory better. I’m convinced it’s the Invasion of the Party Snatchers. 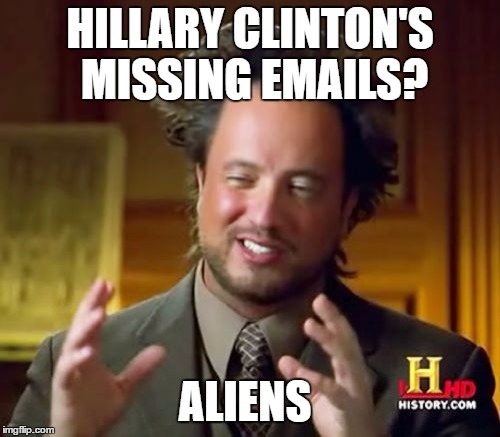