PolitiFact Gets the Facts Wrong on Democrats and Abortion

On August 2, Ohio Right to Life (Ohio RTL) blasted the state’s former governor, Ted Strickland, for his position on abortion. A Democrat, Strickland is running a close Senate race against incumbent Rob Portman, a Republican.

According to Ohio RTL: “Ted Strickland stands in lockstep with Hillary Clinton and the abortion lobby in their desire to force Americans to pay for abortion on demand, up until the moment of birth, with their taxpayer dollars.”

Last week, the national fact-checking website PolitiFact accused Ohio RTL of taking Strickland out of context, declaring the statement to be “Mostly False.”

However, PolitiFact’s assessment relied heavily on its own biases, as will be shown below. An e-mail to the author of the post, as well as to PolitiFact’s Editor-in-Chief, went unanswered. Likewise, the “fact-check” was never updated, despite the below points and those outlined at NewsBusters showing that Ohio RTL’s statements were absolutely accurate according to any objective measure.

According to PolitiFact, a campaign spokesperson has said that Strickland “stands with the people of Ohio who believe that women have the right to make their own healthcare decisions, and that includes all women regardless of income.”

That answer was given when outlining what Strickland thought about the Hyde Amendment, which bans federal funding of abortion except when the abortion is related to rape, incest, or life of the mother.

Strickland’s position is directly in line with the 2016 Democratic platform, which states: “We will continue to oppose—and seek to overturn—federal and state laws and policies that impede a woman’s access to abortion, including by repealing the Hyde Amendment.”

So far, Ohio RTL is right on point. Strickland and the Democratic Party want nothing to block a woman’s ability to get an abortion. And if a woman faces financial impediments to get abortion, someone must pick up the slack — and that would be taxpayers.

PolitiFact cites an abortion-supporting researcher (who is not identified as such) who said abortions on demand until birth don’t happen because they are not medically sound. This ignores the reality of babies who survive abortion, including Gianna Jessen, a pro-life activist who is disabled because of the saline abortion she lived through.

Partial-birth abortions were also legal until 2007, so any lack of abortions on the day of birth are because of legal, not medical, standards. But even that argument falls flat in light of the more recent conviction of murderer Kermit Gosnell, who snipped the spines of babies who survived abortions.

Additionally, both President Barack Obama — as a state senator in Illinois — and a Planned Parenthood lobbyist in Florida did not support medical treatment being given to babies who survive abortions.

A final point on this: Imagine a future where Democrats got their way, and all restrictions on abortion, as Strickland and the Democratic platform desire, were gone. We would logically have abortions literally until a baby leaves its mother’s body, whenever a woman desired it.

Anything short of that would, in fact, be a violation of what Strickland and his party’s platform stated.

PolitiFact also claimed abortions on-demand do not happen because of relatively few abortion clinics in certain states. Ohio RTL’s response to this point is worth reading in full — their point is that, fundamentally, location does not reduce the legality of abortion-on-demand.

Not just for the poor

According to PolitiFact, it was “a vast oversimplification of rules surrounding Medicaid” for Ohio RTL to argue that taxpayers would be on the hook for more abortions, because Medicaid “provides health care for poor women.”

But why should only poor women get help from the government for abortions? With millionaires getting on the rolls for Medicaid expansion, corporations getting tens of billions in direct subsidies from the federal government, the 2008 bailouts enriching the top .1 percent, and members of Congress getting special treatment for many of the laws they pass, there is a clear standard of the non-poor benefiting at taxpayer expense.

Eliminating all barriers to abortion means all barriers — financial and otherwise. PolitiFact is dreaming if it thinks Strickland, party standard-bearer Hillary Clinton, and the rest of the Democratic leadership think otherwise.

Dustin Siggins is the Weekend Editor and an Associate Editor for The Stream, and a public relations consultant. Previously, he was the D.C. Correspondent and Public Relations Officer for LifeSiteNews, the world’s largest pro-life and pro-family daily news website. 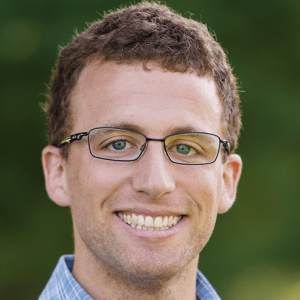