Much has been written about President Trump’s Executive Order negating the Johnson Amendment from an inside-the-beltway point of view. From the grassroots view, there is a different perspective — and it is one of encouragement!

President Trump is a bold leader, who appears to be firmly set on fulfilling his campaign promises. Thursday, May 4th, was the 66th National Day of Prayer. In celebration of it, President Trump signed an Executive Order negating the Johnson Amendment, a law in the U.S. tax code prohibiting all 501(c)(3) non-profit organizations from endorsing or opposing political candidates.

According to the law, these organizations “are absolutely prohibited from directly or indirectly participating in, or intervening in, any political campaign on behalf of (or in opposition to) any candidate for elective public office.” That includes contributions to political campaigns and any form of public statement for or against a candidate or group of candidates.

The gist of the law’s interpretation has been that if an organization wants to be absolved from paying taxes, it cannot be involved in partisan politics.

Former President, and then Senator, Lyndon B. Johnson, who was the Democratic minority leader at the time, put the restriction in place during the summer of 1954. Apparently, Johnson was angry and wanted revenge on a foundation that supported his opponent in his re-election campaign that year. Interestingly, there was no record of any debate of the Amendment, and there was no church involved in the target of Johnson’s revenge.

This law was expanded in its interpretation and has been used to prevent churches and charities from endorsing or opposing political issues, parties, and candidates. It has especially been used quite effectively to muzzle pastors from speaking freely on political issues and about individual candidates. In practical application, for many churches in America, the fear of the IRS has become stronger than the fear of God.

Trump’s order directs the IRS to exercise “maximum enforcement discretion” over the Johnson Amendment. In other words, it means the Amendment will not be enforced. The order also declares that it is the policy of the Trump administration “to protect and vigorously promote religious liberty.” Let’s take this at its face value and celebrate by exercising a freedom we thought we had lost.

This is a breath of fresh air!

In the early nineties, while I was distributing non-partisan Christian Coalition Voter Guides to a couple of churches, I was thrown out of a church — that is, I was very rudely asked to leave the property. It was only a little church in rural Oklahoma, and yet even there, the heavy hand of federal IRS law hit home.

Never mind that, in all these years of intimidation, there has only been one time the Johnson Amendment has been enforced. Since it became law, only one clergyman has been audited, and no one has been fined. More than 2,000 Christian clergy have deliberately challenged the law since 2008 when the “Pulpit Freedom Sundays” movement by conservative organizations began. The movement encouraged pastors to ignore the Amendment and bring on a Constitutional challenge to the law.

Now, under President Trump, the Justice Department will ignore the law!

Of course, I would much rather see the law removed entirely, and that is what needs to happen as soon as possible. Nevertheless, this order will have a tremendously positive psychological effect. While it is not a complete reversal of policy, it is a significant start for people starving for positive action on faith issues.

President Trump proclaimed, “We will not allow people of faith to be targeted, bullied or silenced anymore.” This is a strong invitation for pastors to take back the lost ground and start feeding the flocks meat again, instead of milk.

In fact, it could very well be the spark that will light a fire of revival across this country!

It was Evangelical Christians and pro-life Catholics who voted in high enough numbers for Trump to win the election. Eighty-one percent (81%) of Evangelicals voted Republican.

Trump said, “America has a rich tradition of social change beginning in our pews and our pulpits,” He said, “We must never infringe on the noble tradition of change from the church and progress from the pew.”

You may have heard the saying, “All that is necessary for evil to triumph is for good men to do nothing.”

For decades, pastors and other godly men and women have separated themselves from politics, and we, as a nation, have suffered the consequences. Many people have been purposely confused about their responsibility to be a part of our political process. Our Constitutional Republic is a gift from God to the people. Our government is uniquely designed to work by the consent of the people who vote.

It is our civic and spiritual responsibility to participate in politics!

Citizens should tell their pastors, priests, ministers, elders, etc. — there are no more excuses for political silence. It is time for revival.

“The country is ready for change from the church and progress from the pew.” Light that fire! 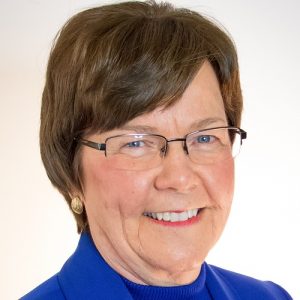