Tear Them Down? The Conservative Case Against Confederate Monuments

A lot of people I respect greatly are coming to the defense of Confederate war monuments in the wake of the Charlottesville brouhaha. I understand their impulse to resist this latest frenzy of the leftist mobs that are literally tearing down statues and would normally be four-square with them in standing up to political correctness. But I think they’re wrong on this one.

Their main argument, like that of President Trump, is the danger of the slippery slope: “Where does it end?” Next it will be George Washington and Thomas Jefferson, who owned slaves. Give the Left an inch, and it will demand a mile.

Of course, they’re right about that. Al Sharpton has already called on the federal government to somehow “defund” the Jefferson Memorial, and a CNN vice president blasted Virginia Governor Terry McAuliffe for invoking Jefferson’s name in condemning the Nazis who rallied in Charlottesville. Even before this, droves of state and local Democratic Party committees had begun renaming their Jefferson-Jackson dinners. And it won’t end with slaveholders either: last fall some “activists” descended on the American Museum of Natural History demanding that it take down a statue of Theodore Roosevelt — who was a 4-year-old boy in New York at the time of the Emancipation, and went on to defy Southern racists as President by inviting the first African-American guest, Booker T. Washington, to the White House!

So the slippery slope concern is hardly baseless, and, as Harry Stein rightly notes, the slide down it is very quick in a culture where opposing ideas about transgenderism that were unheard of five years ago is now deemed proof of moral depravity. But here there is an easy, bright line rule to draw across that slope, to distinguish Jefferson and Washington (and Roosevelt) on the one hand from Robert E. Lee, Stonewall Jackson, and Jefferson Davis on the other: There should be no public monuments to those who took up arms against the United States, no matter how praiseworthy they may have otherwise been.

This rule is particularly compelling when the cause for which one made war against one’s country was the continued enslavement of a race of people who are about 15 percent of our population, and when racial issues still embroil us. I say this as someone who is staunchly opposed to racial preferences, who finds the idea of reparations repellent and the concept of “microaggressions” laughable, and who, on the other side of my proposed rule, thinks that public tribute to a slave-owning founding father like Washington is part of the deal of citizenship that the descendants of the slaves have to accept even if it makes some of them uncomfortable.

But (at the risk of using the kind of language that is so overused by the Left that it has lost meaning) it is profoundly insulting and dehumanizing, in a way that honoring Washington and Jefferson is not, to require them to accept such tribute to those who not only owned slaves but placed loyalty to the institution of slavery above loyalty to their country. It is one thing to ask black people to accept a shared national heritage as part of the compromise of citizenship; it is quite another to tell them that shared heritage honors those who themselves betrayed that citizenship, and did so to keep black people shackled. Intentionally or not it sends a message that “we value even traitors more than you.” And this message is magnified given that most of the monuments were not erected soon after the end of the Civil War and Reconstruction, but with the hardening of the Jim Crow era forty years later — and with a smaller burst of construction in direct response to the birth of the Civil Rights Movement in the 1950s.

Conservatives should be particularly sensitive to this, for two related reasons. First, we are the ones who most forcefully, and rightly, denounce quasi-traitors like Chelsea Manning and Jane Fonda. It seems hypocritical, and racially insensitive, for us to then countenance the honoring of those who committed actual treason, defined in the Constitution as “levying War against” the United States or “adhering to” or “giving Aid and Comfort” to its enemies. (General Lee was indicted for treason after the Civil War but was not prosecuted because of General Grant’s view that the terms of surrender at Appomattox precluded it.) Second, precisely because we rightly reject the many false claims of victimhood and racial insensitivity these days, we must be receptive to the few that have merit. This one does.

Monument defenders also see removal of Confederate statutes as an assault on historical memory, with some even comparing it to the actions of the Taliban or to the erasure of history in Orwell’s 1984. But one can study and remember historical figures without celebrating them — which, though some deny it, public monuments surely do. We have no statues of King George III — who, as our monarch prior to the Revolution, was at least as much a part of our history as General Lee — but that hardly means that we have flushed him down the Orwellian memory hole. It simply means that societies do not erect monuments to the losers. Indeed, various liberal memes making the rounds make the uncomfortable point that Confederate monuments are in this sense like participation trophies, and that conservatives can’t be for one and against the other.

A related argument sometimes made in defense of the monuments is that we should keep them as a reminder of the evil of slavery. But of course we don’t erect any other public monuments to evil, but reserve that for museum displays. And, really, when you have to resort to this, you’ve run out of arguments anyway.

Harry Stein is absolutely right that “objecting to the tearing down of these monuments does not make one a Nazi, or a racist, … much as Trump’s adversaries wish it were so.” But I think on balance it still makes one wrong, and that we should not be honoring those who engaged in violent revolution against the United States.

Oh, and liberals, how about applying the same rule to those we honor at parades? 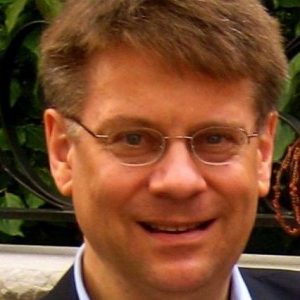