GIRDUSKY: How The Immigration Executive Order Was Neutered

What unfolded afterward was a chaotic mess, and the final executive order (EO) was watered-down and managed to anger his base.

Multiple sources told me there were two fragments of the administration working on this EO, both without each other’s knowledge. Early in the week, President Trump became aware of polling that reflected a growing shift in public sentiment to halt all immigration and asked Ken Cuccinelli to begin drafting up the order.

Breitbart News released a portion of the original executive order, which included many more restrictions on legal immigration.

Things were moving along until the tweet on Monday night.

While the missive was celebrated by several Senators, including Hawley and Cotton, sources said the President’s son-in-law Jared Kushner began getting calls from several people in Silicon Valley and by Tuesday morning Kushner was pushing President Trump to water down the EO. Amber Athey reported a similar story in Spectator USA.

At a meeting held at 12:30 pm on Tuesday with Trump’s Domestic Policy Council that included Cuccinelli, Kushner, and others, Kushner demanded the EO be moved into the White House and not include any guest worker visas.

According to multiple sources involved in the meeting, Kushner attacked the first draft of the EO, as well as Cuccinelli himself, allegedly even slandering Cuccinelli.

Compounding the problem was Stephen Miller’s choice to pick Sylvia May Davis as his top deputy to work on the EO. I’ve tweeted since Feb. 2019 that Davis is Never-Trump and that she has pushed around ideas like increasing legal immigration for years.

Davis did little to nothing to keep as much of the original executive order in place as possible. Miller held an off-the-record meeting with several pro-Trump media personalities, none of them immigration hardliners, on how he planned to evolve the executive order before his staff leaked the meeting to The Washington Post.

Miller did what he always does: took credit for everyone else’s work and made promises he has no intention of carrying out.

In the end, Trump’s halt on immigration will affect fewer than 10 percent of immigrants, Breitbart News reported.

Chad Wolf appeared on Fox News and said that this is only the first step and that the administration is looking at expanding the ban to different immigrant groups, but don’t kid yourself if you believe Wolf has any intention in shutting down anything.

Wolf is a liberal and former H-1b lobbyist. He comes out of the Nielsen/Kelly wing of DHS and expanded the number of H-2B visas before the virus hit the US, only to retract them several weeks later. 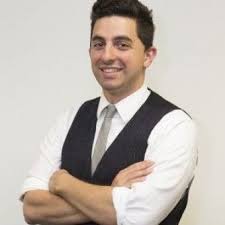