She Who Shall Not Be Named: A Candidate for Political Office is Out-Raising All Her Opponents Despite A Big Tech Ban

An “outsider” political candidate out-raising her opponents, at the cutting edge of campaigning, and refusing to kowtow to her party’s establishment. No, it’s not Alexandria Ocasio-Cortez, but you’d be forgiven for not knowing this name.

Loomer, 26, has now out-raised the Democratic incumbent Rep. Lois Frankel for three consecutive quarters. But media both local and national seem disinterested in covering her race. Why? Because just like candidate Trump in 2016: talking about her success – even to deride her – might just help.

Congressman ⁦@DrPaulGosar⁩ is correct here. When a corporation like @twitter provides resources to Democrat but bans #LauraLoomer it is illegal corporate campaign contribution. FEC can’t act so AG Barr and DOJ must! https://t.co/bMPZMhDsiS

Loomer has been banned from almost every social media and tech platform. Ostensibly, we’re supposed to be terrified that this diminutive, Jewish Republican lady from Florida might cause some kinda of “far right” uprising in the United States.

As a result, candidate Loomer is verboten.

Yes, she has an eccentric (some would say authentic) personality, which bleeds into her citizen journalism. And yes, she’s a pretty outspoken critic of fundamentalist Islam.

Many diminutive Jewish ladies – especially in Europe – are.

But while the media will happily acknowledge the Jewish flight from Europe, they refuse to acknowledge a similar situation could occur in the United States. Despite their constant warnings that European-style ultra-nationalism, or fascism, have already landed on America’s shores.

Omar, quite evidently, has a track record of supporting wildly anti-Israel and arguably anti-Jewish positions. She’s even been lauded by notorious anti-Semite David Duke – something the media prosecuted President Trump for publicly in 2016, but for which they have scarcely quizzed Omar.

Loomer was also banned from Facebook for supposedly violating its policies on “dangerous” individuals and organizations. She’s even been banned from Uber and Lyft: she literally can’t even get a ride.

Despite it all, Loomer has never incited violence against anyone, yet has received countless death threats as a result of the media and Big Tech’s demonizations of her.

With respect to being called “dangerous,” Loomer told The National Pulse: “The media has allowed Facebook to get away with designating me a dangerous individual with no due process. Even more alarming, the media hasn’t batted an eyelid after Facebook posted an update to its community standards saying it was fine to post death threats against me. All of this is thoroughly documented in my lawsuits, which the media has, of course, also ignored.”

The Florida resident’s removal from social media culminated with a ban by Instagram in 2019.

Soon after, Loomer decided to use her lack of platform to run for Congress: a move aimed at directly challenging tech censorship and what she regards as free speech suppression.

So far, she has been a force to be reckoned with in her Congressional race.

Despite being in a deep blue, Democrat stronghold with incumbent Rep Lois Frankel seeking a fifth term, Loomer has been able to out-raise everyone in the field – Frankel included.

She torched Frankel’s fundraising by 2.5 times in the first quarter of 2020. If any left-wing candidate had done this with no social media presence, CNN would be producing documentaries about the phenomenon.

And imagine if Loomer had been able to tap into her once-large social media following, like her Twitter account with more than 260,000 at the time of her ban.

The scenario has caused sitting Republican Congressmen to critique the digital media giants for putting their finger on the scales in an arguably nationally important election. Remember, the Congressman for FL-21 is the Congressman for the President of the United States.

Rep. Gosar wrote in a letter to Attorney General Bill Barr this past week: “In the case of one person, Laura Loomer, all she has done is been an outspoken advocate for America First public policy, shared her concerns as a Jewish woman about threats from anti-Semites, and publicly supported President Trump.”

Loomer said of her situation: “As the most banned woman in the world, I find it to be increasingly alarming how the media on both the Left and the Right have refused to highlight the terrifying violation of my civil rights that has been carried out by big tech.

“As a declared congressional candidate in Florida’s 21st congressional district, my campaign has also been banned from having any social media, as well as being denied the ability to raise money on PayPal. Despite the bans, I have now out fundraised the Democrat incumbent Lois Frankel for three fundraising quarters in a row, and the President has retweeted in support of my candidacy twice.”

Loomer’s success on the campaign trail would typically make her a formidable opponent and in turn a public figure deserving of a platform upon which to campaign. She hasn’t even been able to establish an official campaign account by which to communicate with the public.

What does Big Tech do if Loomer wins her party’s primary and becomes the nominee? What if she wins the election proper and is selected by Floridians as their representative? Do they continue their ban? Do they back down?

Loomer’s campaign raised $204,786 in the first quarter of 2020, while Democrat incumbent Lois Frankel came in second with just $82,876. She also out-raised all other Republican candidates combined.

Donations to the Loomer campaign have come from over 10,000 individual donors with an average donation of $52.00. In contrast, a majority of money for Frankel’s re-election efforts have come from large political action committee (PAC) funding.

The recent emergence of the coronavirus crushed in-person campaigning, and while Loomer was the first congressional candidate to take action. She suspended door knocking efforts as well as other public events, and decided to pay a filing fee rather than continue her attempts to get enough petitions signed in person.

She also directed her campaign staff and volunteers to shift their efforts to making masks for first responders in need of protect equipment and coordinated a blood drive.

Despite it all, she’s still refused the ability to reach the public. In other words, the tech giants are providing opportunities to her opponents but not to her. In other, other words: Big Tech is picking election winners and losers.

Loomer told The National Pulse: “Tech censorship is not unique to me. Everyday, there are increasing reports of conservatives being silenced and banned on social media for expressing peaceful political speech. These same social media companies have gone as far as even censoring President Trump himself, deleting several of his tweets and even labeling some of his factual tweets about Joe Biden as misinformation.

“Big tech is not only interfering in an election by denying my campaign access to social media, but they are proving to be one of the biggest threats to election integrity in all races  this election year. With the coronavirus pandemic, candidates have had to result to virtual campaigning. How is one supposed to virtual campaign while completely deplatformed? It’s time for big tech censorship to be taken seriously by our elected officials and the media. The results of all elections in 2020 depends on it.” 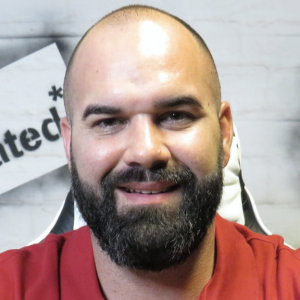 Kyle Ramos is the host of the Slightly Sophisticated podcast.