NYT Calls For UN ‘Election Intervention’, Says Biden Must Follow Belarus Protesters and ‘Appeal to the World For Help’

The New York Times called for “international intervention” in the forthcoming presidential election, insisting the Democratic Party invite the United Nations and a host of George Soros-linked groups to interfere with the election outcome.

The opinion editorial, entitled “America May Need International Intervention” was penned by Peter Beinart, also is a contributor at The Atlantic and Political Commentator for CNN.

Despite this, Beinart tees up his piece insisting “even Democrats may find it hard to imagine, but the “leader of the free world” would benefit from United Nations oversight.”

Beinart insists that Democratic Presidential candidate Joe Biden “should follow Sviatlana Tikhanovskaya’s example and appeal to the world for help.” He described Tikhanovskaya’s actions as “imploring the United Nations to act.”

In a contested election in Belarus, Tikhanovskaya represents the globalist pick who lost to the duly-elected populist Alexander Lukashenko, a candidate that establishment forces have been attempting to undermine.

“For many Americans — raised to see the United States as the natural leader of the “free world” — it may be hard to imagine requesting foreign intervention against tyranny in our own land. But as historians like Gerald Horne and Carol Anderson have detailed, there’s a long history of Black Americans doing exactly that.”

He implores Democrats to bolster the actions of the Organization for Security and Cooperation in Europe (OSCE), an international election advisory board which concluded American elections “contravene O.S.C.E. commitments and international standards with regard to universal and equal suffrage” in 2018.

In addition to partnering with paragons of globalism – the United Nations, the European Union, the Council of Europe, and the World Bank – OSCE also has links to progressive megadonor George Soros.

Soros was a keynote speaker at the opening session of an OSCE special meeting in 2003 and individuals from his foundation, the Open Society Institute, have advised the body. 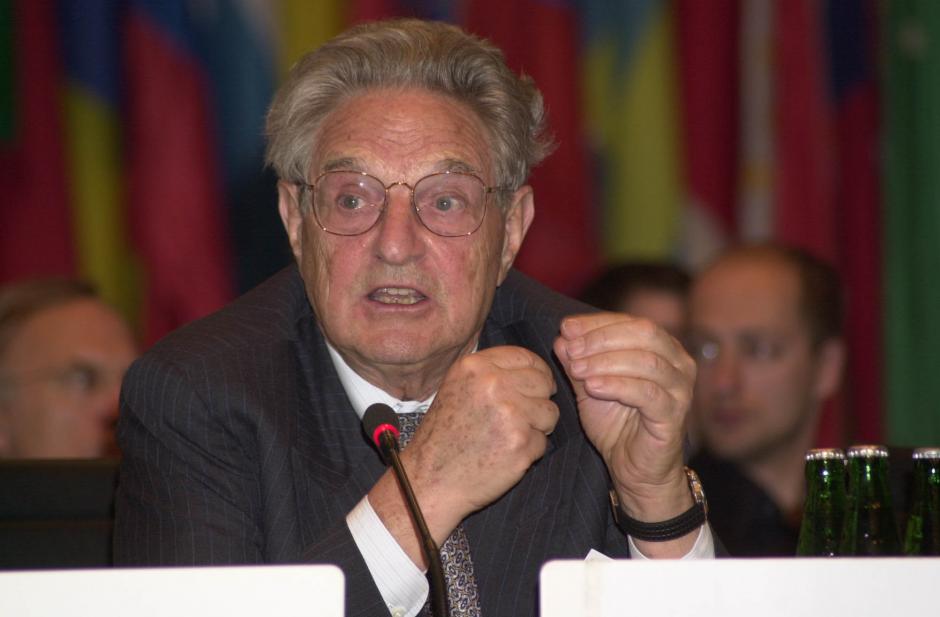 For example, George Sharvashidze, a former Director at the Open Society Institute spoke at an OSCE Economic Forum to promote collaboration with the institute’s academic fellowship program.

And in 2012, the Open Society Institute advised the group on its “Human Dimension Implementation Meeting,” providing a comprehensive, nine-page brief on the issue.

Beinart continues, insisting “Democrats should use the OSCE’s report as evidence in an appeal to the same body where Tikhanovskaya made hers: the U.N. Human Rights Council.”

In other words, Beinart wants to cede America’s control over its own elections and give it to a body in which the Chinese Communist Party – identified as seeking a Biden victory – wields unparalleled power. Who’s to say the Chinese Communist Party wouldn’t manipulate the council the same way it did the World Health Organization, forcing a delay of life-saving information and continuing to withhold information about COVID-19.

Beinart also pushes Democrats to “lodge a complaint with the Organization of American States, a regional organization that has pledged “to respond rapidly and collectively in defense of democracy.”

MUST READ:  The EU is Speeding Towards Digital ID, Currency, and Biometric Systems for Tracking Citizens.

China similarly sits on the group’s observer board, and the group itself was formed in Colombia. The Organization of American States also retains links to George Soros, as he lectured the group in 2006.

The calls for foreign election interference emanating from the New York Times represent a complete reversal of the paper’s years-long crusade to tie President Trump to foreign collusion with Russia.

The EU is Speeding Towards Digital ID, Currency, and Biometric Systems for Tracking Citizens.