The Media’s Incitement Campaign Against Congress is What Really Radicalized Americans.

America’s media has demonized the U.S. Congress, the President, the police, and other American institutions for decades. They they want to blame Trump for the extremist, fringe elements that attacked Congress on January 6th. Taking into account how long it takes to radicalize someone, it is far more likely that America’s corporate media caused the violence.

As most now recognize, the January 6th timeline disproves the claim that a singular Donald Trump speech caused simultaneous violence two miles away. He hadn’t even taken to the stage while thugs made their move on the Capitol. Thugs we now know include members of Black Lives Matter and registered Democrats.

So clearly some people were pissed off at Congress, but who caused that rancor?

Counter-terrorism experts suggest the median radicalization time is over four years long, with 10 percent of those studied taking a decade or longer to influence with extremist propaganda. 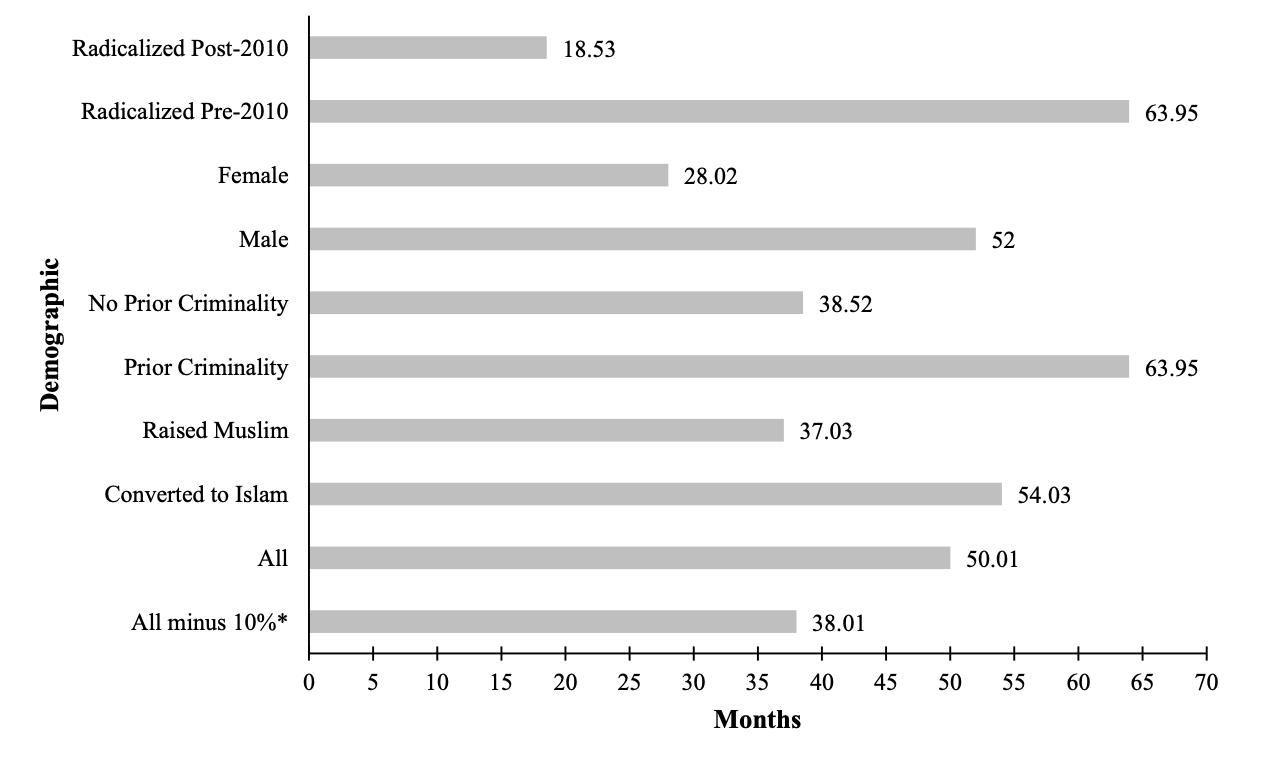 If we track this timeframe back, it lands within a period of time when the media’s campaign against Congress was reaching fever pitch, and only just as President Trump was emerging onto the scene. The ‘Proud Boys’ were still not a thing.

One could claim Trump’s “drain the swamp” rhetoric contributed to the cavalcade of criticism, as outlined below, but it makes scant sense for thousands of Trump supporters to suddenly turn on the very same people they were defending a few months prior: the police.

It was the police, not the politicians, who bore the brunt of the January 6th assault. And during 2020 it was the political right backing the blue while the left continued another incitement campaign, urging the “defunding” of those tasked with protecting communities and national landmarks.

Klausen’s report goes further into the details of the initial period of exploration of the extremist belief system: “pre-radicalization”, and the time taken to decide on action: a mean average of “6.25 months for the cohort of offenders who radicalized after 2010 compared to 15 months for the pre-2010 cohort.” 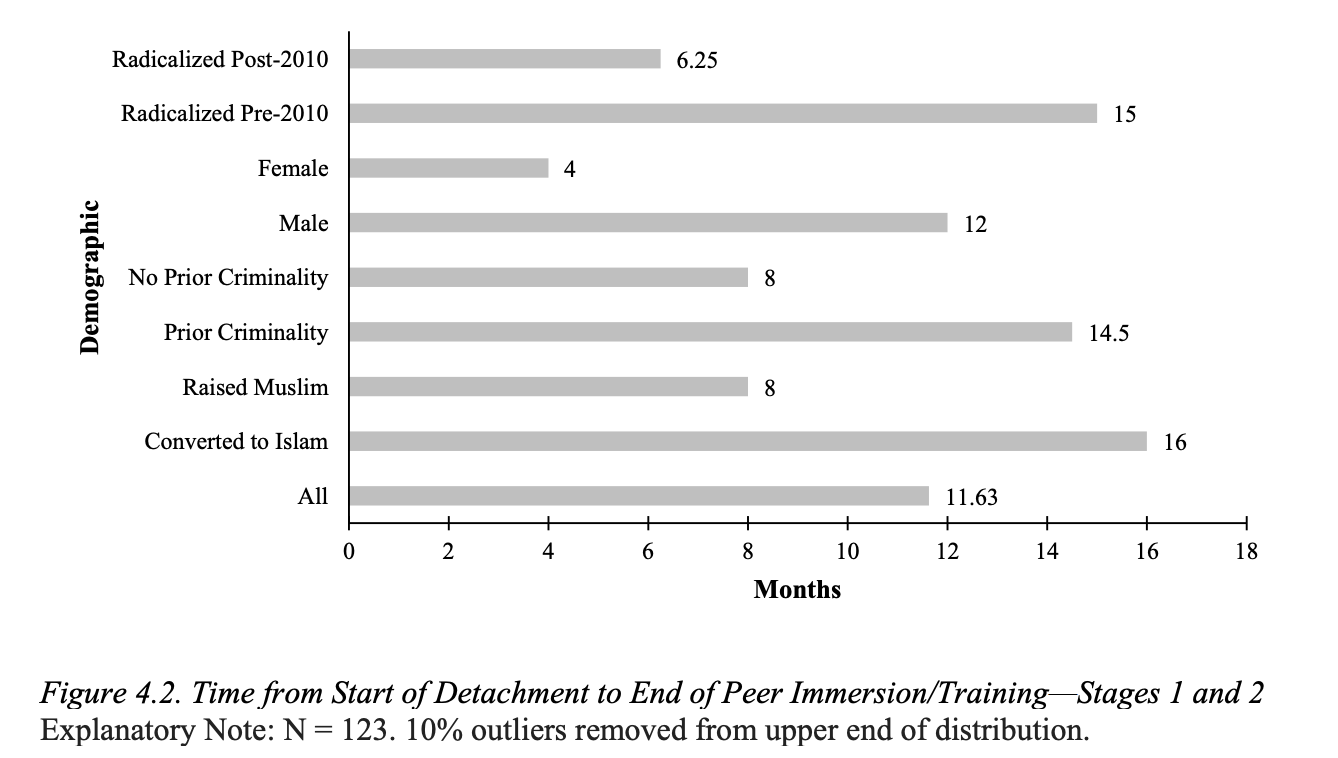 Guilty of precisely what they now accuse President Trump of, the media had embarked on a dehumanizing and delegitimizing campaign against American institutions over the course of a decade. The latest, against the police, was its most brutal. But its longest-lasting was against the United States Congress.

The phrases “worst Congress” and “worst Congress ever” bring up tens of thousands of results on search engines, and Google trends shows the phrase obtaining spikes in user searches whenever the media has promoted stories of that nature.

In other words, public interest in the phrase directly correlates with the media’s insistence on the matter.

The below Google Trends graph shows a regular reappearances of spikes in the search term.

The press, of course, should remain free to critique Congress. As should the American people. It is jarring that I feel the need to state such a thing. But the media is now pretending it hasn’t been leading the anti-Congress rhetoric, instead attempting to lump the blame for a small riot at the doorstep of Trump supporters.

To analyze the increasingly hostile and blameful media coverage of context, we can look at the “worst congress” search term and track how it was increasingly used between 2010 and 2016 – the critical years in any radicalization pathway for those smashing up the Capitol in the past week.

While Rolling Stone magazine had an early foray into the term in 2006, it was in 2011 where it became particularly vicious.

Throughout the piece, Ornstein – who spent January 6th calling Republican Congressmen “traitors” – uses words such as “dysfunctional,” and phrases such as “a decline in institutional loyalty,” to attack the U.S. Congress. He accused legislators of “declining to govern,” and concluded “we can look forward to more headaches ahead at home and abroad.”

Far from being particularly insightful, Ornstein’s article still managed to set off a wave of American, political opinion writers lauding his work and regurgitating his claims in other outlets. By the end of the year, few reading Americans would not have come across Ornstein or his arguments – at least in passing – as they adorned the pages of the nation’s most august news outlets.

The Economist magazine took the baton a few days later, telling its readers how “depressing” the situation was. The article concluded, “…it’s hard to feel optimistic.”

Behavioral psychologists have shown how feelings of anxiety and depression are critical to radicalization.

In a 2019, EU-funded study entitled Psychological Mechanisms Involved in Radicalization and Extremism, behavioral psychologists noted that periods of anger, anxiety, and depression represent “a moment of maximum vulnerability when radical ideology offers a solution for this personal uncertainty by introducing meaning and a focus of life.”

In promoting hyperbole such as “Worst. Congress. Ever.” alongside appeals to depression, Foreign Policy and The Economist magazines were not merely reporting the views of the American public. They were creating them.

In a recent essay entitled Everything is Broken, Tablet magazine founder Alana Newhouse details how she and her writer husband took dinner with a medical doctor who explained that America’s medical system “is profoundly broken.”

Before Newhouse could digest the details he has disclosed, he shot back: “Now, can I ask you two something? How come so much of the journalism I read seems like garbage?”

Newhouse’s piece is a far better attempt at what Ornstein was trying to say, which can be summarized in two words: political polarization.

And that’s likely because Ornstein’s article was both designed to drive a “news” narrative and indeed drive the wedge into American society deeper. He didn’t offer solutions, and he made his piece a painful thousand words too long. Almost to make the reader even angrier at the time spent on it.

Over the course of the next few months and years media outlets and think tanks bent over backwards to echo Ornstein.

Foreign Policy even published three more short opinion pieces backing Ornstein up. They were entitled, “Trust me, this Congress is historically inept,” “Blame Congress, the GOP, and society itself,” and, “Yes, it’s really that bad.”

The authors were all Democrats seeking to blame Washington gridlock on Republicans who rejected Barack Obama’s “progressive” agenda. The only problem was that the new Congress had just been seated at the behest of a majority of voters nationwide in a stunning rebuke of Obama’s agenda by the electorate themselves.

Republicans picked up 63 seats in the mid term elections of 2010. A swing that large hadn’t occurred since 1922.

From a 39 percent approval rating in 2009 the Congressional Job Approval numbers from Gallup sank to just 9 percent by 2014. 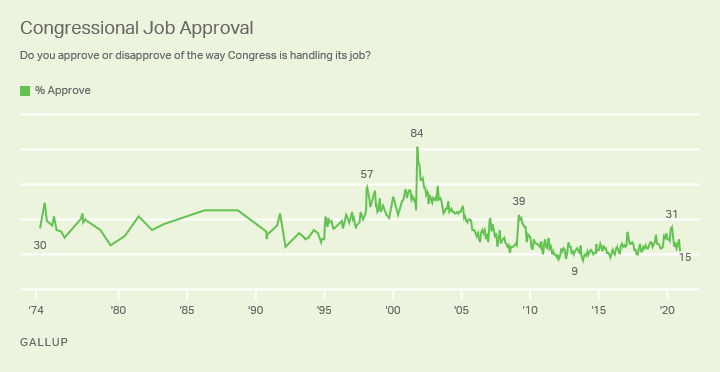 Now, these same media and academia types are publicly scratching their heads, wondering why members of the public may be so frustrated with Congress.

The reality is they radicalized them, because Congress wasn’t doing what they wanted. Which in most cases was left-wing policy that scarcely affected the dwellers of Hollywood, Kalorama, or Manhattan.

In 2011, Jared Loughner attempted to murder Congresswoman Gabby Giffords and killed six people in his way. He was a registered independent who “did not watch TV… disliked the news… didn’t listen to political radio… didn’t take sides” and wasn’t on the left or right according to friends.

What Loughner was, however, was a drug-addled, anti-Christian, anti-government conspiracy theorist.

House Majority Whip Steve Scalise was shot in the hip and three others – including police – were injured by gunfire.

Hodgkinson was a Bernie Sanders supporter who just one month before the shooting repeated many media talking points about President Trump and Republicans.

“Trump is a Traitor. Trump Has Destroyed Our Democracy. It’s Time to Destroy Trump & Co,” he wrote on Change.org, alongside other oft-heard catchphrases such as “The Road To Hell Is Paved With Republicans”, and “Donald Trump is not my President.”

The FBI refused to ascribe a motive, and President Trump urged for calmness and unity as a nation in response to the political terror attack. The Capitol Building received no further security barricades, nor was there a mass shut down of Washington, D.C. after the attack on Republican Congressmen.

Later that year Senator Rand Paul – also present during the baseball practice shooting – was assaulted by his neighbor in an attack that left the U.S. Senator with multiple long-term medical problems.

Rene Boucher – sentenced to eight months in prison and over half a million dollars in fines – is now lauded on the political left, with social media website Twitter allowing accounts dedicated to Boucher to post and grow.

The “Rand Paul’s Neighbor Was Right” account is still online as of the time of writing, describing the anonymous author as a “Warren Democrat.” The account biography also features hashtags for Black Lives Matter and “All Cops Are Bastards.”

The search term “Rand Paul’s neighbor was right” brings up a plethora of even recent results from left-wing activists who openly endorse the violence online, facing no pushback from social media or tech giants.

A handful of accounts with not insignificant followings also tweet the phrase “Rene Boucher was right,” with no action from Twitter.

Doubtless the same political “experts” now decrying political violence, including January 6th’s riots, have been overtly and shamelessly complicit in the radicalization pathway of many Americans – including those who have not (yet and hopefully never will have) been violent.

In some cases, the push towards polarization has been because they did not believe the U.S. Congress was going far left enough, fast enough. They blame the public for this for electing right-wingers, and as such took it out on them, too.

In other cases, it was simply a case of clicks and eyeballs.

Chasing media cycles and filling airtime results in a level of dross and inanity that has had a toxic effect of political public discourse across the Western world. “Experts” are expected to have a new idea, a new paper, a new soundbite every few hours, else they lose their contributor agreements and return to a quiet, academic life sans whatever celebrity is associated with appearing on CNN.

Nor do I expect these points to serve as a critique or complaint worthy of resolving in the minds of those who serve us the news. What would be the point of me claiming anything can be fixed without a total reset of the way American media works? They’re just not going to do that, are they? The status quo serves them handsomely.

Washington reporters fraternize with Washington operatives and everyone gets to benefit from the revolving doors between politics, lobbying, and “news”.

Everyone serves the profit interest of major corporations, and no one can ever hold them accountable.

When they try – like the the Tea Party movement, or the election of Donald Trump, or even the Occupy movement – the media classes plot a course to demonize and radicalize anyone who got in their path.

It’s not the only rationale, of course. Many reporters today earn paltry amounts and expect nothing more in their lives. They’ve romanticized serfdom, and in most cases are victims of radical Marxist education trends that have told them a 600 sq ft apartment in the Navy Yard and a cat is all they were ever worth anyway. Now they’re projecting that onto the rest of us.

And that’s broadly the way American media works. And it’s more of an answer than “TRUMP!!!” as to why psychopaths keep shooting and blowing things up.