“The largest threat to U.S. national security are U.S. cops. Not ISIS, not Russian hackers, not anyone or anything else,” reveals a September 20th, 2016 screenshot from Porter’s Facebook obtained by The Washington Free Beacon.

The remarks appear to reference video footage released the same day of an unarmed black man being shot by police officers in Oklahoma.

“If y’all don’t wake up and rise up to this truth, the genocide against Blacks in America will continue until we are near extinct,” she added.

Porter previously served as an aide to current Biden White House adviser Cedric Richmond, and at the time of the post, was a communications official for the Hunter Biden-linked Truman National Security Project. 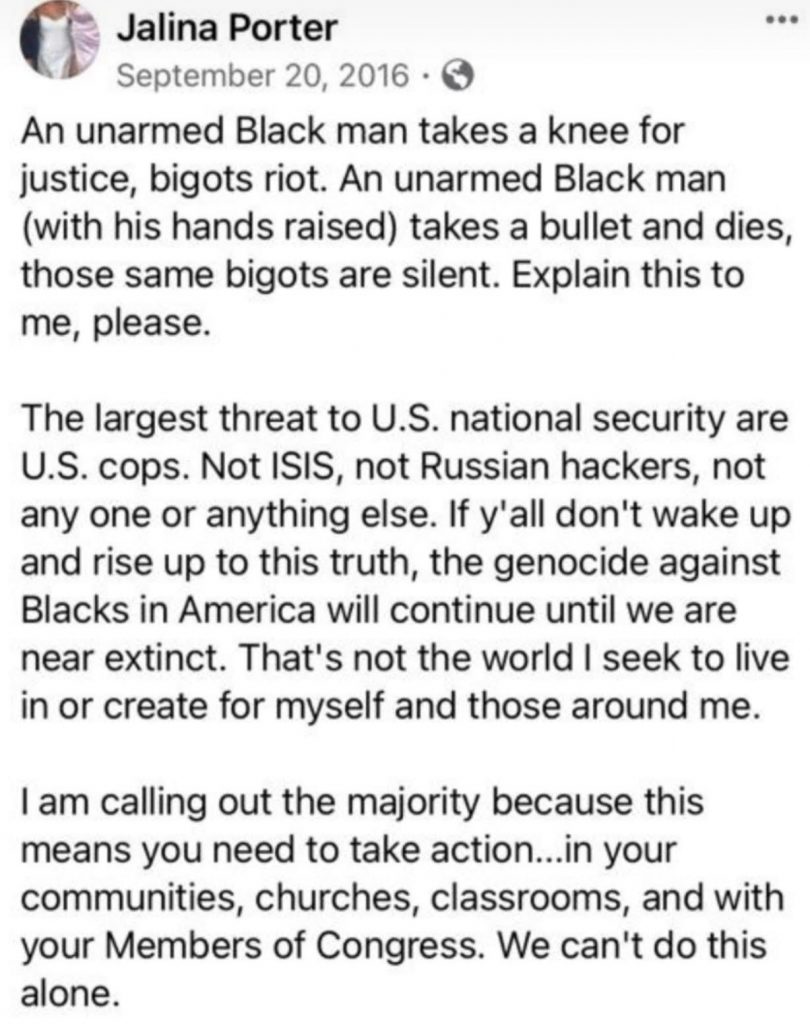