Joe Biden is re-opening a child migrant detention center, but neither the establishment media nor left-wing politicians appear to care. The response is starkly different from when President Trump operated the detention centers he inherited from the Obama-Biden administration.

The move is said to be a direct result of the relaxation of border enforcement, a stunning admission made in CNN reports.

The Biden administration is opening an overflow facility for unaccompanied migrant children apprehended at the US-Mexico border, the federal agency tasked with the children’s care told CNN in a statement.

The Health and Human Services Department will reopen a facility in Carrizo Springs, Texas, that can accommodate about 700 children and can be expanded if necessary.

The reopening of the facility comes amid an increase in apprehensions of unaccompanied children on the Southwest border, fueled in part by deteriorating conditions in Latin America and a perceived possible relaxation of enforcement, and reduced capacity limits at other facilities due to Covid-19. It also comes as President Joe Biden rolls out new immigration executive orders tackling migration to the US southern border.

The silence from the national, establishment media as well as Democrats on Capitol Hill has been notable.

Once known for crying at a fence overlooking a parking lot, Congresswoman Alexandria Ocasio-Cortez has – at the time of publication – said nothing about Biden’s new move to “put kids in cages.” 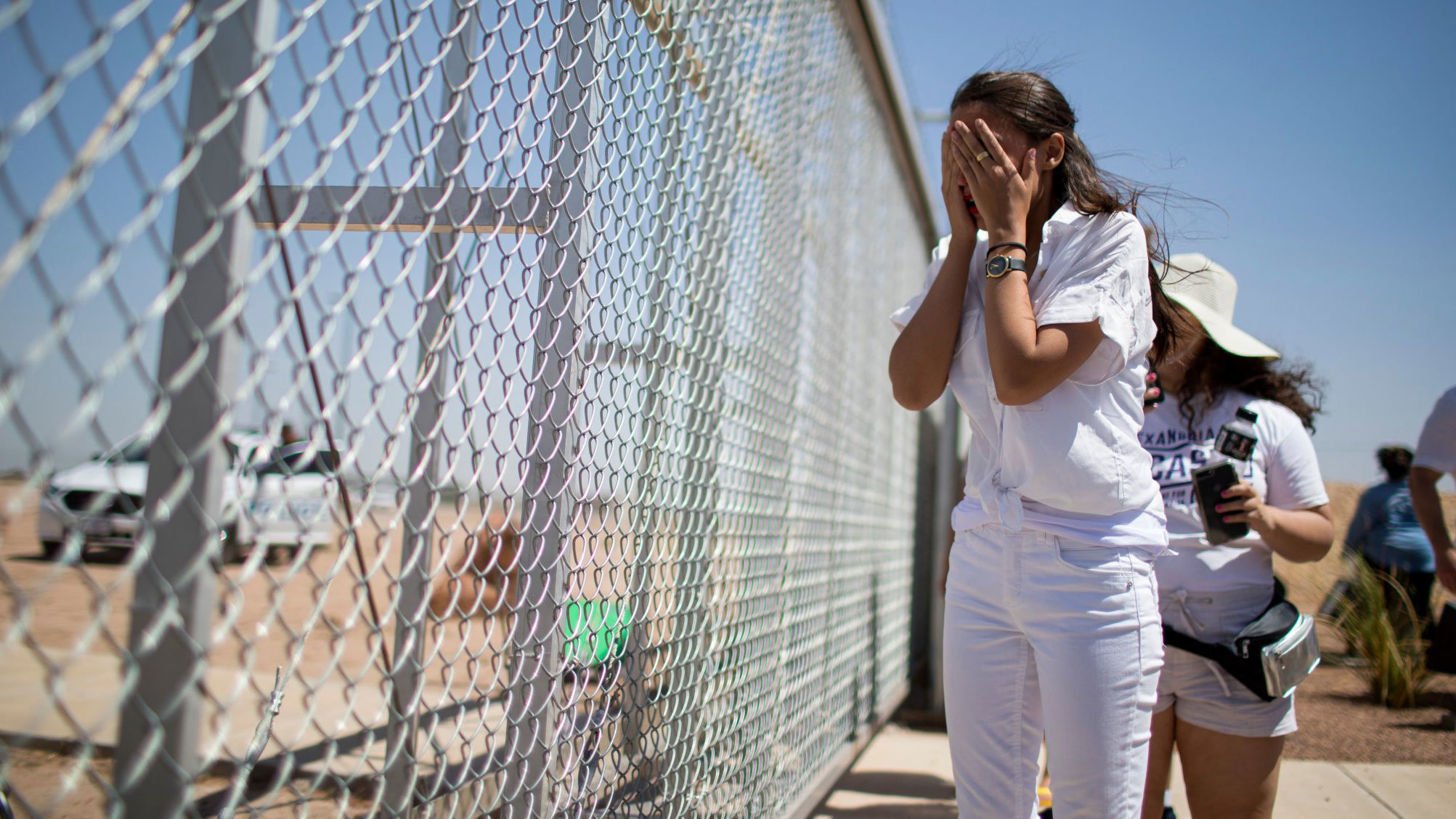 National advocacy groups are also silent, and outlets such as the New York Times and CNN have failed to criticize Biden and his regime for re-opening the center and congregating migrant children in close conditions.

Perhaps the most important part of why these centers need to reopen in the first instance is the most important: the relaxation of enforcement. In other words, Joe Biden has signaled for people to come, illegally, into the United States.

When they arrive, he’s putting them in detention centers.