THAYER: On China, Trump Tried to Save Washington From Itself.

From the George H.W. Bush administration, through Clinton, George W. Bush, and Obama, the simple and stark fact is that our national security leaders failed the American people.

The growth of the threat from the People’s Republic of China (PRC) occurred over decades and was not identified, let alone countered by U.S. strategists.

The PRC’s growth was supported by these administrations, as an endless source of inexpensive manufacturing labor. Its considerable economic growth in the 1990s greatly accelerated once Beijing was admitted into World Trade Organization (WTO).

The PRC prospered more rapidly than any country before—moving from dire poverty to economic superpower in a generation.

The rapidity of the PRC economic and military growth should have alarmed the American government and people and compelled a response against the Chinese Communist Party (CCP).

That this did not occur is, first, a massive failure in American grand strategy; second, it is an indictment of each of these administrations and the American national security community for failing to notice what was in front of their noses—year after year.

Regrettably, in a historically unprecedented act, the U.S. contributed mightily to the creation of its most formidable peer competitor. It is both shocking and reprehensible that U.S. decision-makers labored to create this challenger.

Warnings of this adverse change in the balance of power were not heeded by U.S. decision-makers.

To the contrary, too many in Washington, Wall Street, and Silicon Valley pursued policies that emphasized cooperation, bringing China into the international order and fostering its growth so that it would become a “responsible stakeholder.”

The Trump Administration awakened the American people and government bureaucracy to the threat from the PRC. It also implemented a response, which yielded major accomplishments.

First, Trump changed the strategic direction and tone in Washington by calling attention in key strategic policy documents to great power competition, which should have governed U.S. strategy since the end of the Cold War. He strengthened the military’s nuclear and conventional capabilities and moved the focus away from the Middle East toward the Indo-Pacific, where it belongs given the size and scope of the PRC’s threat.

Additional steps included creating the Space Force, increasing the size of the Navy, and ensuring that all services paid attention to the PRC threat. By leaving the Intermediate-Range Nuclear Forces (INF) Treaty, Trump signaled that the U.S. will not permit treaty violations without response and freed the military to develop the missile systems it will need to confront the PRC credibly in partnership with U.S. allies in the region.

Second, in the diplomatic realm, Trump recognized that the PRC’s challenge to the U.S. existed from the Arctic to the Antarctic and the competition was intense on every continent.

Trump bolstered the credibility of U.S. alliances globally against the PRC but also in the Indo-Pacific. Washington must stand with allies and other states of the Quad—Australia, India, Japan—which are cooperating ever more closely and might serve as a nascent counterbalance to the PRC.

But the U.S. under the Biden regime must continue to lead them.

The Quad and the Future.

The Indo-American 2+2 ministerial in October 2020 was an important step in diplomatic and military cooperation. The joint Australian-Indian-Japanese-U.S. Malabar naval exercise is also positive. These efforts must be sustained, developed, and deepened.

Furthermore, the Trump administration called attention to and punished China for its atrocious human rights record, including its detention and persecution of religious and ethnic minorities in East Turkistan.

Third, in the technological realm, he worked to protect the cyber and critical infrastructure of the U.S. and called attention to Beijing’s efforts to dominate 5G through the “China 2025 project” and the Digital Silk Road.

These are efforts to create the next digital 5G infrastructure and, in time, quantum and Artificial Intelligence, with the objective to control the internet, gather intelligence, and coerce other states through digital means. In addition, the PRC is increasing its efforts to consolidate global data collection as part of an ongoing, comprehensive effort designed to build its economic strength and shape international information flows in line with its geopolitical and security interests. Technology including Unmanned Aerial Vehicles (UAV), telecommunications systems, apps like TikTok, and even health and exercise monitoring, serve as vectors for information collection.

The consolidation of data in PRC possession jeopardizes the privacy of U.S. citizens, undermines American prosperity, and aids the ability of the CCP to control its population within and outside of the PRC as well as to influence and adversely impact Americans.

To combat this, Trump warned the rest of the world of the dangers of depending upon the PRC for IT. Moreover, he imposed tariff increases and banned Chinese tech giants such as Huawei and ZTE from using U.S. chips and other 5G technologies.

Fourth, he recognized the importance of protecting the American worker and U.S. industries as a matter of national security.

Trump aided American economic prosperity by identifying and stopping the PRC regime’s predatory economic practices toward the United States—including intellectual property theft, counterfeiting and piracy, and the use of coerced labor to produce goods. As Americans have witnessed over decades, these actions erode America’s economic strength, killing American jobs and decimating American industries and communities throughout the United States.

The PRC has caused long-lasting damage to the economic prosperity as well as the health and welfare of Americans.

The lure of Beijing’s expansive market drew many U.S. businesses to the PRC. Economic decisions that appeared advantageous to individual U.S. and Western businesses in the short term placed their own business interests, the country, and the American people at risk over the long term.

The U.S. became overdependent on the PRC as a supplier, allowing it to manipulate prices and drive free-market competitors out of business. The COVID-19 pandemic brought America’s supply chain vulnerability into sharp relief as disproportionate amounts of U.S. medical supplies, technology, and electronics were controlled by America’s adversary. Furthermore, the PRC had no qualms about shipping fraudulent, counterfeit, and contraband PPE supplies, pharmaceuticals, and test kits to American consumers.

What Trump accomplished was momentous. For the first time, there was a cogent, dynamic, and sustained U.S. response to the threat from the PRC. If the United States is going to remain secure, these efforts must remain and expand, particularly in U.S. and Western capital markets, which still fund the growth of the Chinese military.

At the outset of the Biden regime, it remains to be seen whether it will continue the work Trump started or return to the flawed and dangerous past strategy of accommodating America’s greatest rival. But it may not take long to figure out. 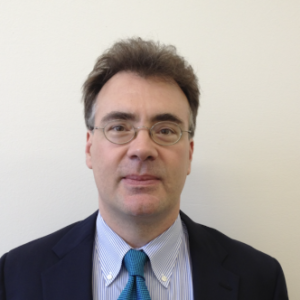 Bradley A. Thayer is the author, coauthor, or editor of many books, most recently How China Sees the World: Han-Centrism and the Balance of Power in International Politics.