DC Ad Vans Funded by Hardline Socialist Who Spends 65% of PAC Money With His Own Companies.

The PAC was formed in June 2020 by Justin Horwitz, who also describes himself as the Founder and Executive Director of the “largest grassroots Democratic Socialist organization in the United States on Digital Media.”

The PAC has released a litany of videos calling for the removal and prosecution of pro-Trump representatives like Matt Gaetz, Lauren Boebert, and Mo Brooks from office in addition to pumping out pro-Joe Biden content. “Join us in the fight to End the Nightmare of the Trump Presidency and right-wing rule,” the group’s mission reads.

The group spent $1,050,964 throughout the 2020 election cycle, all of which was itemized as either supporting Democratic candidates or attacking Republican candidates.

The top two recipients of cash raised by the group, however, can be linked to Horwitz and his family: JHCH Ventures and Blue Wave Communications LLC. Together, the two firms received a total of $684,848 – or 64.2 percent – of the PAC’s total payouts.

The rest of the money went to Facebook, a left-wing PR firm called Main Street Communications, and of course, Democrat fundraising platform ActBlue.

Throughout the entire 2020 election cycle, both of the aforementioned groups received no payouts from any other political entities. 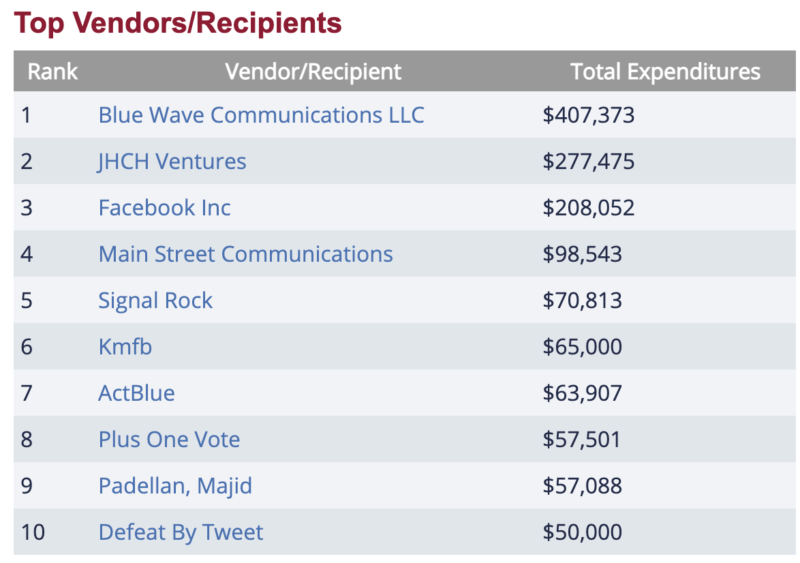 JHCH Ventures, which appears to contain Horwitz’s initials, is registered to the same address that the progressive activist lists on Really American’s forming documents. According to the Federal Election Commission (FEC), JHCH Ventures received the six-figure sum for helping the PAC with tasks including “consulting” and “strategy.”

Blue Wave Communications LLC, which received $407,373 in disbursements from Really American, lists Gabriel Drury, who serves as the Director of Marketing and Business Development at Horwitz, Horwitz & Associates, as its manager. The Chicago-based law firm counts Justin Horwtiz’s father Cliff, who also owns the property the PAC is registered under, as a partner.

Horwitz’s father Clifford, who owns the property Justin has registered the PAC that JHCH Ventures under, serves as a partner at the firm. Pictures from Clifford’s wife Roberta show the two together.

CNN Cameraman’s Voicemail for Congressman Gaetz: ‘I’m Going to Put a Bullet in You’.