Historian Patrick K O'Donnell reports on how Washington's Army was saved by then-outlandish tactics on the battlefields of New York.

Two-hundred and forty-five years ago today, Colonel John Glover and the men from Marblehead would once again be called upon to save Washington’s Army.

As dawn broke on October 18th, Glover climbed a slight rise. Upon reaching the summit, he lifted his spyglass to his eye to scan the horizon. What he saw exceeded his worst nightmares: over two hundred British warships full of soldiers heading up the Long Island Sound and hundreds of Redcoats already flooding from their ships onto a small peninsula.

After being repulsed by the Americans at Throgs Neck days earlier, Lord Howe loaded his men back onto their vessels and sought another location to disembark. Roughly five miles north, they found Pell’s Point from where they could travel down the Eastchester Road to King’s Bridge and trap Washington’s army—if they had not encountered John Glover’s brigade.

Local militiamen engaged the British shortly after the enemy disembarked. They then fell back and joined the Massachusetts men. 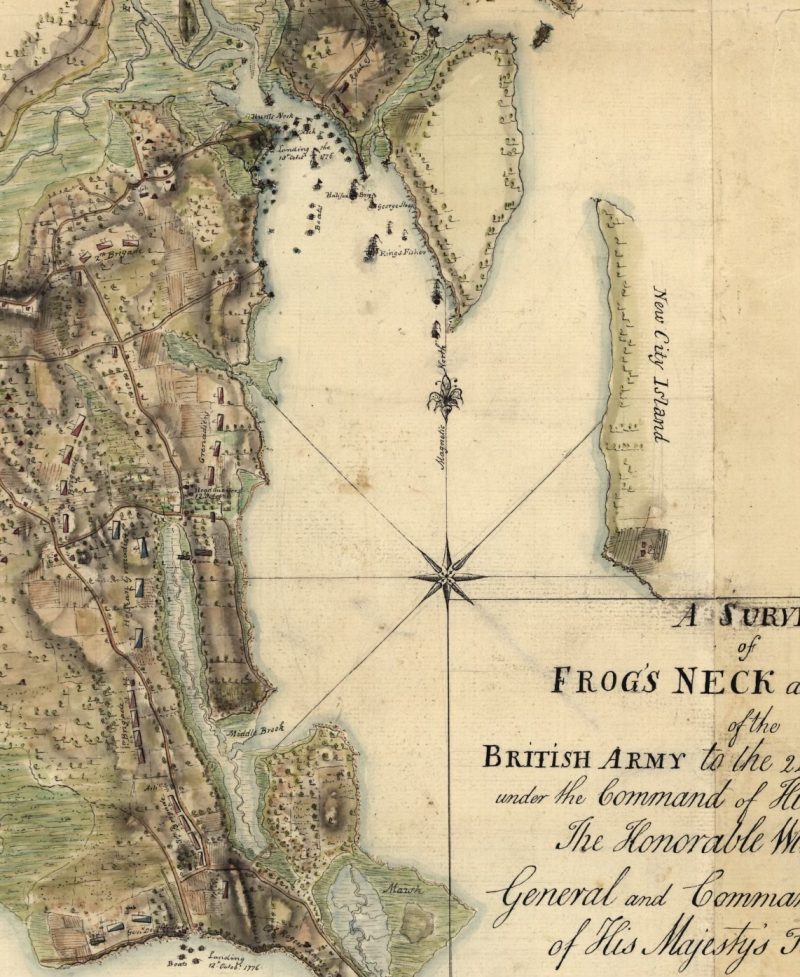 By the time Glover and his men arrived, the British had marched a mile and a half inland and seized the high ground and a significant advantage over the Americans.

Glover hatched an ingenious battle plan to hold off the thousands of British soldiers, despite being outnumbered five to one. He immediately dispatched a small advance party to slow the British onslaught. He also sent one regiment with three field pieces in the rear. The Colonel arranged the rest of his men in successive lines along Split Rock Road, the main thoroughfare from the beach inland. The stone fences, boulders, and rocky outcropping lining the road would force the 4,000 invading troops to stick to the roadway and advance in a column. Glover created a deep defense by strategically placing his men behind stones fences along the road to inflict as many casualties on their enemy as possible. This novel form of warfare demonstrated the evolving nature of the American way of war.

The American advance guard approached within fifty yards of their enemy, three-quarters of them battle-hardened Hessian allies, before exchanging brief fire and then falling back. Believing they had the Americans on the run, the British cheered and advanced. When the vanguard of the British attack, the elite light infantry, were within thirty yards, the Americans suddenly rose as one from their concealment, rested their weapons on the stout stone wall, and fired on the enemy with their motley assortment of muskets. With the enemy so near and the fence providing a convenient resting place for their weapons, many American bullets found their mark, and dozens of Redcoats and Hessians dropped.

Astonished, the remaining troops turned tail and ran, choosing to wait for the main body to approach rather than pursuing the customary bayonet charge. When the bulk of the force arrived, the British charged the American position, and again, the Americans rose from their hiding places and fired as one. This time the disciplined Redcoats and Hessians returned fire. The two groups of men continued firing at will for about twenty minutes while British artillery lobbed cannonballs at the Americans sheltered by the stone wall. After exchanging seven rounds, the Americans retreated. Partially sheltered by the fences, they were able to withdraw behind the point, where more of their comrades lay in wait on the other side of the road. Today, a portion of the battlefield runs through the early holes of the Split Rock Golf Course. You can still see the remains of the stone fences and the rocks on the course. 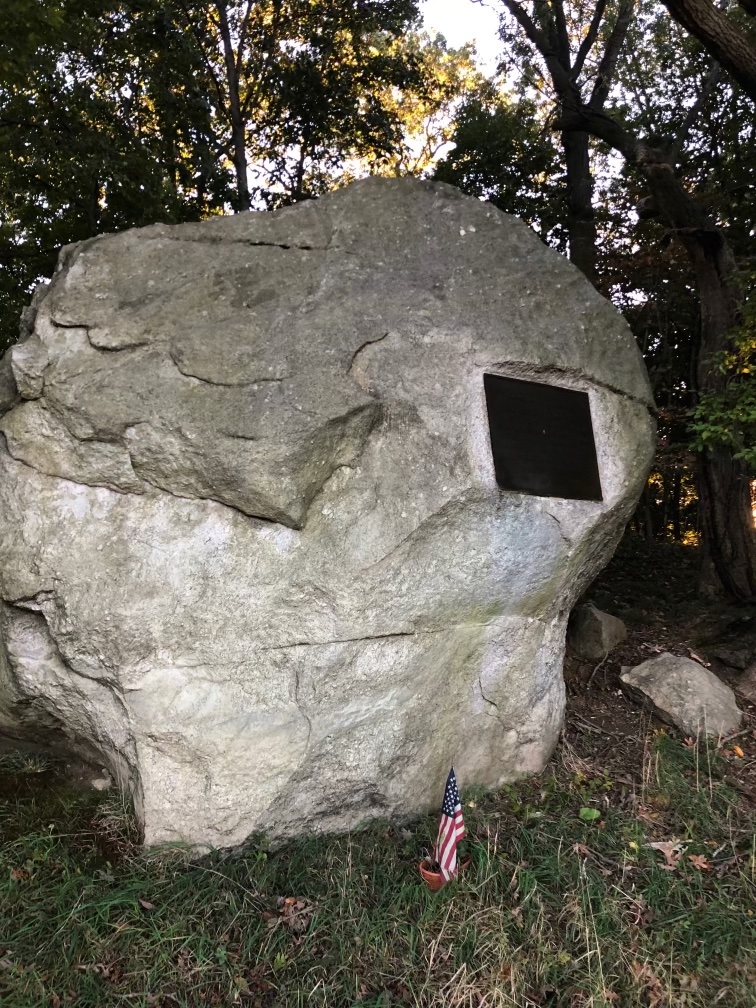 Repeating their earlier performance, the British shouted and pressed forward, but the next American regiment led by Colonel William Shepard was waiting behind another stone wall on the opposite side of the road. Shepard, a veteran of the French and Indian War, had his men stagger their fire so that they could keep a constant stream of lead turned on the enemy. They exchanged seventeen rounds and caused the Redcoats to retreat several times. Once they fled so far, an American soldier leaped over the war and took a hat and canteen from a dead British captain.

Among the casualties were British captain and light infantry officer, William Glanville Evelyn. Shepard took a bullet to the neck, but while the surgeons were probing, Shepard regained consciousness, asked for his canteen, and upon finding he could drink, said to the surgeon: “It is all right, doctor, stick on a plaster and tie on my cravat, for I am out again.”

Eventually, the enemy’s overwhelming numbers forced Glover’s men to retreat. The Continentals repeated the same maneuver a third time, but it was not as successful, and the British forced the Patriots to give up ground much more quickly.

The Marbleheader then led his men through a small creek and up a hill to where he had left the rear guard with the artillery. Having learned that it was unwise to pursue the retreating Americans, the British halted their advance. A cannonade ensued as the two sides took turns firing until nightfall, but the artillery battle resulted in very little damage.

Howe declined to pursue the Americans, who had done so much damage to his forces. The total number of British casualties is unknown. Still, they must have been substantial because Howe grossly overestimated the number of Continentals he had faced, believing them to be over ten times their actual number. The Americans lost only six men dead and thirteen wounded, including Shepard, whom Glover described as “a brave officer.”

On October 18, the Indispensables earned their moniker once again buying the Continental Army priceless moments to escape destruction at the hands of the British army.

The full story of this remarkable battle and others is now told in the new bestselling book, The Indispensables: Marblehead’s Diverse Soldier-Mariners Who Shaped the Country, Formed the Navy, and Rowed Washington Across the Delaware. The book is a Band of Brothers-style treatment of the regiment and the leading revolutionary citizens from Marblehead, a unique largely unknown group of Americans who changed the course of history.