Fiorina Triumphs While Bush Makes the Case for Growth

Hey, don’t tell anyone, but Carly Fiorina is my new heart throb, breaking through the maginot lines of poll-driven mediocrity, where candidates carefully tell the audience what they already think, and establishing a new standard of leadership for the Republican tribe. From a lackluster Senate candidate in California, she has transformed herself into a consummate communicator. Last night, Carly Fiorina looked as if she were born to wield both the scales of judgment and the sword of justice for our party.

But she never really engaged the economic issues. I was struck how little a role economics played in the debate, given the ongoing debauchery of both Main Street and Silicon Valley by government policies from the new monetary state, with the Federal Reserve as a new Fourth Branch of Government usurpation, ruled by elite bankers and their political cronies. Zero interest rate policies zero out the future, raid the pensions and savings of American workers and entrepreneurs, and bid up King Canute climate companies and fashion plate political favorites for today’s pols.

Wall Street and Washington relish monetary manipulation, arbitrage, and leverage, with the downsides protected by government.

Main Street and Silicon Valley relish monetary stability for long term investments, with the upsides protected by the rule of law.

Republican candidates should ring the alarm against the massive raid on the future by the Obama Administration and the Federal Reserve, with its “one to zero” policies, bidding up Potemkin assets today at the cost of the long term prospects of our children.

In his closing remarks, Jeb Bush at last denounced the acceptance of an anemic economy as the new normal, making the case for fast growth for an American future: 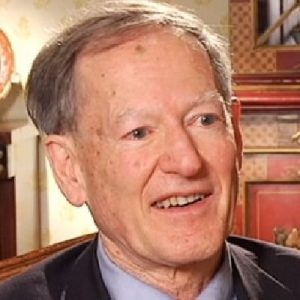