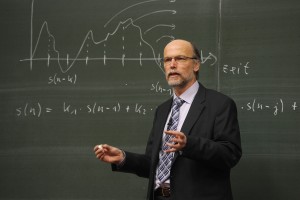 It’s been obvious from the beginning of the Common Core scheme that one of many weak links in the enterprise was college professors. What would happen when their classes were flooded with increasingly ill-prepared Common Core-“educated” students? That problem is now becoming apparent, and a professors’ revolt has now begun in Kentucky—the first state to adopt and implement the national curriculum mandates.

Coupled with newly elected governor Matt Bevin’s desire to see Common Core removed from Kentucky, a state that Bill and Melinda Gates have touted as being a Common Core leader may soon join the others dropping Common Core like a hot potato.

In connection with federal Race to the Top grant applications in 2010 and No Child Left Behind waivers in 2011, states had to demonstrate that their institutions of higher education (IHEs) would “exempt from remedial courses and place into credit-bearing college courses” students who attained a certain score on Common Core-aligned assessments.

But as detailed by critics such as Dr. Sandra Stotsky and Dr. James Milgram, the massive deficiencies of the national standards mean students will be even more unprepared for college work than they were before.

So what happens when those unprepared students matriculate at a college that has already agreed to place them in courses that count towards graduation, without remediation? Exactly what is now happening in Kentucky. Richard Innes of the Bluegrass Institute points to multiple pieces of evidence that the Kentucky Council on Postsecondary Education (CPE) has decided to simply abolish remedial courses.

As CPE president Robert King explained to the Kentucky Board of Education during its October 6 meeting, students who formerly would have gone through remediation are now to be thrown into credit-bearing courses. But since such students obviously won’t be ready for real college work, the courses will be designated “co-requisite”—meaning lagging students will receive extra help of some sort so they can catch up.

Especially in math, where instruction is sequential and builds on prior instruction, the idea that students will “catch up” on old material while learning new material is dubious at best. Kentucky math professors agree. In an extraordinary letter sent to CPE president Bob King in May, the math-department heads of almost all of Kentucky’s four-year universities decried the ludicrous plan that will mask the insufficiency of students’ math preparation.

These professors pointed out what critics of the Common Core scheme have been warning against for years: “Placing these students into courses for which they have not met prerequisites can only lead to either lower educational standards or increased failure rates.”

Read the full article at The Federalist.

Jane Robbins is an attorney and a senior fellow with the American Principles Project.