What the Non-Pledgers Said in Support of FADA

As Jon reported earlier, four candidates have indicated support for the First Amendment Defense Act but did not sign our pledge to push for its passage in the first 100 days.  Three of those candidates’ campaigns — Donald Trump, Jeb Bush, and Lindsey Graham — provided personal responses explaining their respective stances. (The fourth, Rand Paul, did not respond but has co-sponsored FADA in the Senate.)

Trump, to our knowledge, had never before indicated support for FADA.  You can read the three campaign responses below: 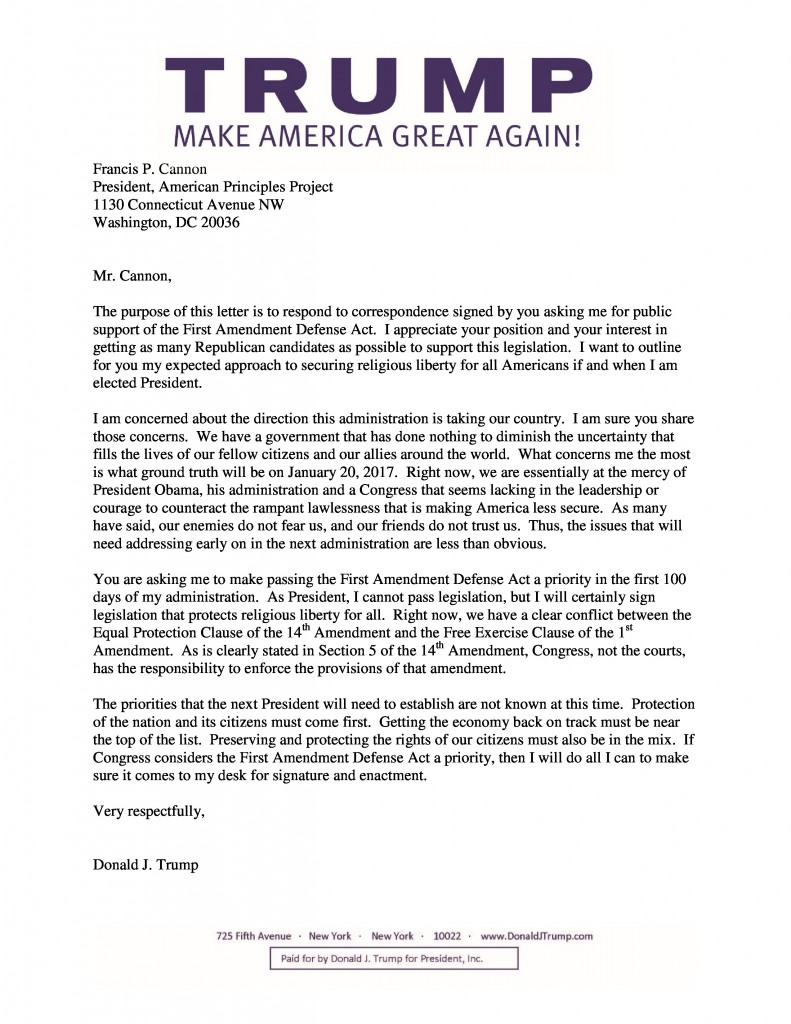 ‘I support the First Amendment Defense Act because I believe that Americans should be free to live and work according to their beliefs. This country has a long tradition of respect for religious liberty and the rights of conscience that are foundational to our freedom. The government should not be in the business of bullying or penalizing individuals, businesses, or other organizations who hold different views. This is a big country that can accommodate many different views, and we must be vigilant in preserving those freedoms that make America unique.’

Note: It is Governor Bush’s policy to not sign formal pledges circulated by advocacy groups. It is fine to cite Governor Bush’s support for the First Amendment Defense Act though.

Sen. Graham is a co-sponsor of the FADA and as president would certainly sign it if Congress was wise enough to pass it.

He doesn’t do pledges. He is a co-sponsor of the bill, has promoted it, would push for passage and would gladly sign it into law.