New Hampshire is about to embark on a tradition like no other. We are about to go to the polls to elect a candidate in the primary election who will likely be a nominee for President of the United States. What most people don’t know, however, is that the groundwork for one of the major issues of this election was laid years ago by moms and parents across New Hampshire.

In 2010, New Hampshire’s Board of Education voted, with little notice to the public, to adopt the Common Core Standards. However, alert parents researched the standards and began to warn others about how they would negatively impact our schools and our children. In short, Common Core enforces a dumbed-down education on our children, one that fails to prepare them for an authentic university education. It is laden with education fads and puts children at a severe disadvantage as compared to their peers in private schools and high-performing countries.

We also served notice that we would demand accountability. We made it clear that Democratic, Republican and Independent candidates alike would have to justify their conduct. Neither federal nor state officeholders would escape scrutiny. Those who engineered the Common Core debacle as well as those who failed to stand and fight against Common Core would render themselves unsuitable for any office. We made it clear that this is not a “check-box” issue: Candidates must fight like the heroes and good servants you want us to believe you to be.

Four years ago our fight seemed improbable. The country had not seen a significant education fight for decades, certainly not one driven by parents. And, as education policy tends to be, Common Core was driven (and developed by) special interests — education textbook, software, and testing companies and wealthy foundations. Moms and dads, it seemed, had unrealistic hopes.

Probable presidential front runners like John Kasich, Jeb Bush, Scott Walker, and Chris Christie were among those who had facilitated Common Core and, in many cases, actively campaigned on its behalf. But parent activists in New Hampshire went to work educating the grassroots on their Common Core failures. And they educated other citizens on how Common Core was hurting their children’s education and who was responsible.

Along the way, something happened that surprised pundits and the media. The fight against the Common Core system became a true, full-fledged national movement. And the cause of mothers and fathers became more powerful than the wealthy, special interests behind Common Core.

To us, it wasn’t surprising that Governor Walker suffered a sudden decline and dropped out early. He had voiced his opposition to Common Core, but then committed the most grievous of political sins, that of betrayal. He had promised to fight on behalf of parents, but failed to do so. Yet, in the presidential race, he claimed to have fought against Common Core. His Waterloo does not surprise us. Nor does it surprise us that the other governors failed to claim the lead or even to make it to the top tier of candidates.

We understand that there are a lot of important issues in this presidential race. Issues like immigration, national security and Obamacare certainly rank at the top when it comes to concern among voters. However, some candidates never really got off the ground in New Hampshire because Common Core is a threshold issue. Common Core is highly defective, even to the point of making “teaching above” the standards impracticable. On such a clear issue, a politician who is unwilling to fight on the side of parents has disqualified himself for political office. The Common Core dynamics force the issue: Who will you defend — parents guarding the interests of their children or the monied, special interests pushing a highly defective product?

When New Hampshire voters go to the polls on February 9th, all of the money spent by some of these candidates will have been wasted because they chose to discount parent grassroots activists.

Those considered outsiders seem to be dominating in this election cycle. This may be catching some Republicans off-guard, but it is of no surprise to the parent activists across the nation. The “improbable” collapses of the presidential race will play out again and again in future state and federal contests. 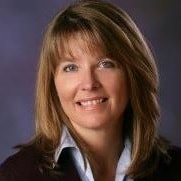