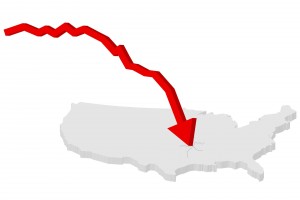 Yesterday, EducationNext released its annual poll tracking opinions on some of the most hot-button issues in education policy, and the results spelled bad news for the educrat establishment.

Furthermore, the disillusionment with Common Core has become a bipartisan trend, with both Democrats and Republicans showing increasing disfavor with the standards. In the last year, Democratic support has dipped 10 points to 48 percent while Republican support dropped 4 points to 35 percent. Most tellingly, teachers disapproved of the standards at a higher rate than the general public, with a majority (51 percent) saying they opposed Common Core versus 41 percent of all respondents.

One other notable finding from the poll was an increasing opposition to school vouchers, with support dropping by six points since 2014. Interestingly, this drop seems to be fueled by Republican respondents, whose support dipped to 45 percent in this year’s survey. While conservatives have typically been the more enthusiastic supporters of vouchers as an element of school choice policy, it is possible that more parents are coming to realize the potential dangers inherent in these programs—namely, that the government might use vouchers as a backdoor in order to further regulate private schools.

While the EdNext poll is certainly not all good news—see, for example, the increase in support for universal standards when the Common Core moniker is dropped—this year’s results indicate an encouraging trend of parents and other citizens standing up for better, and more locally accountable, education for our nation’s children.