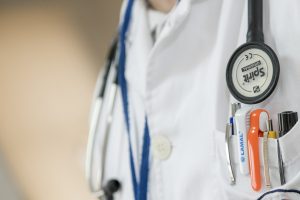 Amidst this tumultuous election season, it has been easy to lose sight of the shockingly radical policies being quietly enacted by the Obama administration as the president approaches the end of his term.

One of the most extreme of these policies was covered by The Pulse back in May: a new rule promulgated by the Department of Health and Human Services (HHS) which forces hospitals and doctors who accept Medicare and Medicaid — so, in other words, nearly all of them — to perform “gender transition procedures” on both adults and children. The rule also goes even further, suggesting that health professionals who do not refer to a patient by the patient’s preferred pronoun are guilty of “illegal sex discrimination” since refusing to do so might constitute “creat[ing] a hostile environment.” And to cap it off, the rule suggests that sex discrimination might be expanded to include discrimination “on the basis of…termination of pregnancy,” implying that hospitals or doctors who do not perform abortion might be penalized as well.

The administration is already facing a lawsuit filed by five states and a number of Christian healthcare providers in August who argue the rule could force doctors to violate both their conscience rights as well as their medical judgment. And last week, 45 congressional leaders wrote HHS to express their “significant concerns” with the rule:

…[T]his rule, for the first time in history requires doctors to perform gender transition procedures or treatments on patients including children even if the doctor believes the procedures could be harmful. 81 Fed. Reg. 31445. Doctors who follow their oath to act in the best interest of the patients by refusing to perform these procedures face massive financial penalties and even job loss. Never before has the federal government forced doctors to choose between caring for their patients based on their best medical judgment, and complying with federal law.

…[T]he rule purports to prohibit discrimination on the basis of “termination of pregnancy.” HHS received numerous requests to provide clarification as to whether prohibitions on sex discrimination could be construed to require insurance plans to cover abortion or require healthcare professionals to provide one contrary to their religious or moral beliefs. 81 Fed. Reg. 81387-31388. Despite these requests, the final rule offers no such assurances that these individuals and organizations will not be penalized for providing quality care or insurance coverage that excludes abortion services.

The letter goes on to request that HHS clarify how the rule might apply to doctors in specific situations, including whether a process exists whereby healthcare providers “with religious objections to the rule can prospectively seek a religious exemption.” Incredibly, the rule includes no religious accommodation, but only states that it does not “displace existing protections for religious freedom and conscience” — protections which the Obama administration has already been challenging in the courts at seemingly every opportunity.

So far, it is unclear exactly how great an impact this rule will have. But in a worst-case scenario, it’s not difficult to imagine that practicing Christians might be forced out of the healthcare industry altogether, especially if a majority-liberal Supreme Court has a say.

It’s just the latest sobering example of how little respect this president and his administration have for religious liberty — and how imperiled it really is.