Yesterday, I described the dangers of “puberty blockers,” powerful drugs prescribed off-label to prevent gender dysphoric children from undergoing natural puberty. In that article, I focused on the implications of these drugs for children and parents. Today, I would like to highlight the problems these treatments will eventually present for physicians.

As puberty blockers become more mainstream, not only will more parents pursue these treatments, but more physicians may be asked to prescribe these drugs off-label to their patients. This presents a serious ethical and legal dilemma. Can physicians who object to the treatment due to its side effects, long-term risks, or a lack of data refuse to write their patient a prescription? Can physicians who recuse themselves on moral or religious grounds be compelled to prescribe a treatment they believe is fundamentally harmful to their patient?

Some doctors have argued “yes” and called for an end to conscientious objection in medicine. Drs. Ronit Y. Stahl and Ezekiel J. Emanuel recently published an article in the prestigious New England Journal arguing that conscientious objection is unethical in professional societies because doctors, upon entering the field, are obligated to perform the “standards of the profession,” which would include controversial procedures like abortion. Ultimately, the authors issue an ultimatum: Doctors who object to these so-called “standard procedures” ought to leave the profession entirely.

Contrary to Drs. Stahl and Emanuel’s assertion, however, physicians must be allowed to object to certain treatments on the basis of conscience lest the integrity of the entire medical profession be called into question. Physicians are not “yes men” that answer to majority rule; they are skilled professionals in a field rife with moral significance and ambiguity. Individual conscience is inherent to medical practice.

The medical profession is profoundly human. Healthcare is a matter of life and death, after all. Anyone who has undergone a serious medical illness or lost a loved one knows that the relationship between a patient, their family and friends, and their physician can be highly personal. Within this intimate context of mutual communication and trust, good doctors do more than examine facts and data. They need more than medical knowledge to practice their art. They require a moral compass in order to navigate the ethical questions and personal relationships inherent to medicine.

Furthermore, the same set of facts about a patient’s medical condition may yield several different diagnoses and treatment plans. Ethical considerations are routine for physicians who make countless value judgments concerning competing goods when providing care. They must weigh the viability of a given treatment, short-term and long-term risks and benefits, the comfort of the patient, and so forth. These considerations do not occur in an ethical vacuum. Given the countless number of value judgments a physician must make on any given day, a physician without a conscience is an impossible utilitarian thought experiment.

Physicians must make a value judgment when it comes to puberty blockers. As these drugs become more common, physicians will inevitably have to decide whether or not they are willing to prescribe these drugs, and if so, in which cases. As these treatments become normalized as a legitimate form of therapy, doctors will likely face pressure to prescribe them. Some in the medical community will classify these drugs as the default standard of the profession.

Therefore, unless we recommit ourselves to conscience protection, the ultimatum issued by Drs. Stahl and Emanuel will effectively come to pass. Physicians who question transition-affirming therapy will be stigmatized as backwards, biased, and uninformed and be forced to leave their profession.

Take Dr. Kenneth Zucker, a long-time advocate of gay and transgender rights, who served as director of the Child Youth and Family Gender Identity Clinic (GIC) at the Center for Addiction and Mental Health in Toronto for thirty years. As Dr. Michelle A. Cretella reports in “Gender Dysphoria in Children and the Suppression of Debate,” Zucker lost his directorship due to his belief that “gender-dysphoric prepubertal children are best served by helping them align their gender identity with their anatomic sex.” Other doctors who come out against transition-affirming therapies for children may face similar consequences. It may only be a matter of time before dissenters are edged out of the field entirely.

To affirm conscience protection and promote healthy discussion within the medical community, citizens and lawmakers should look to the precedent set after Roe v. Wade. After abortion was legalized, the government recognized and enforced a physician’s right to abstain from performing or cooperating in abortion procedures. Likewise, physicians may refer patients elsewhere to obtain contraception or other controversial procedures that may violate their ethical beliefs. This practice respects the fundamental rights of medical personnel and ultimately preserves the integrity of the field by allowing doctors to engage in debate about bioethics. This practice ought to be extended to medical professionals who object to transition-affirming therapy for children.

When it comes to puberty blocking drugs, not only do patients have a right to the full truth concerning the risks associated with such treatments, but physicians have a right to practice medicine with integrity. As LGBT issues maintain high visibility in the public square, we should prepare to protect physician conscience in addition to taking a closer look at the science behind transition-affirming therapies. 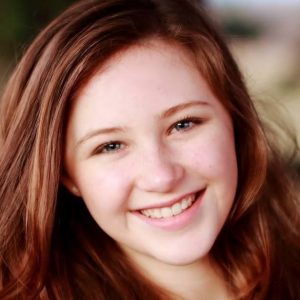