A Strange Endorsement from President Trump

Republican leadership’s failure to get on board with the Make America Great Again (MAGA) agenda has been a source of frustration to President Trump as he struggles for a legislative victory in Congress. If there is one thing that Trump needs out of the 2018 elections, it is the election of strong conservative candidates who will fight for his agenda, not establishment Republicans who will side against him.

Trump’s recent endorsement of Luther Strange, the establishment’s pick in the GOP Senate primary race in Alabama, has caught Trump supporters by surprise. Strange is backed by Majority Leader Mitch McConnell, whose Senate Leadership Fund has funneled millions of dollars into his campaign. This largesse makes it unlikely Strange would ever buck Republican leadership to vote with Trump.

Judge Roy Moore, on the other hand, is viewed as a fighter for conservative values and has the support of many Trump allies, including former Gov. Mike Huckabee, Rep. Steve King, former Sen. Jim DeMint, Sean Hannity, and Steve Bannon. Moore’s refusal to follow a 2003 court order to remove a monument of the Ten Commandments from the courthouse made him a Sheriff Arpaio-type hero in Alabama and popular with Trump supporters. He currently holds a nine-point lead over Strange.

If Trump’s support for Strange in a Republican stronghold like Alabama fails to secure the election, his ability to influence future elections will be in doubt. Risking such political capital on a primary where a conservative candidate leads in the polls and has a sure path to victory in the general election is not only unwise, but also calls into question whether those advising him to do so have his best interests at heart.

It is well known that some within the White House want to see the Make America Great Again agenda fail, and Trump’s endorsement of Strange is a win-win for them. If he succeeds in turning the race for Strange, they add another establishment Republican to block Trump’s agenda. If Strange loses, Trump’s ability to rally votes from Republicans up for re-election is weakened. Either way, Trump’s agenda could stall.

If Trump wants to weed out those opposed to the MAGA agenda and clean house once and for all, he need look no further than to those who persuaded him to back Strange. 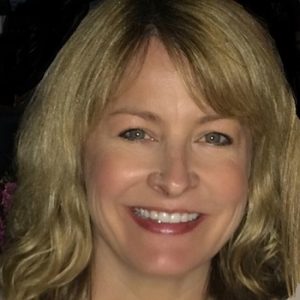