Senator Bernie Sanders dismisses 70 years of persecution, misery, death, and political authoritarianism in the island nation of Cuba. I was reminded of the old trope which first appeared many years ago in an issue of The New Yorker: “Other than that, how was the play, Mrs. Lincoln?”

“When Castro came into office, you know what he did? He had a massive literacy program. Is that a bad thing, even though Fidel Castro did it?”

It should be an unequivocal “Yes” to the question of whether or not it is “a bad thing” that a murdering, thieving, lying despot’s record should be mitigated by a literacy program.

It’s specifically a bad thing considering Cuban citizens – at the same time they were being “reeducated” by El Commandant’s aforementioned program – were being denied the right to read about murder squads, roundups of political opponents, torture, and brutality with which Fidel and his brother maintained their power.

Furthermore, to use the phrase “came into office” as though there were free and fair elections is some linguistic accomplishment, even for the likes of Bernie Sanders.

We live in the most prosperous period in the history of mankind, in the country responsible for exporting the story of prosperity across the globe. We know from objective evidence that free-market capitalism, property rights, and the rule of law have lifted more than two billion people out of extreme poverty over the past 50 years. That prosperity engine runs in contrast to the brazenness of the regime just 90 miles south of us that held on to power through brute force and murder for seven decades.

Yet we are still debating the merits of socialism.

Florida had just such a debate in 2018, when Ron DeSantis ran against Andrew Gillum for the governorship of the Sunshine State.

DeSantis, sworn in as Governor last January, ran on a platform of economic growth, opportunity for all, and effective investments in the environment and education. Gillum proposed a basket of policy changes echoed by Senator Sanders: higher taxes, Medicare for all, and excessive government control and spending.

The James Madison Institute conducted an in-depth study comparing the likely effects of the two candidates’ programs, a study that is very instructive as the country considers nominating Uncle Bernie.

Gillum’s “modest” tax increases would have hiked corporate taxes in the state by 40 percent.

He claimed this would raise $1 billion in revenue. But that assumed not a single business would change a single behavior based on this enormous increase. An absurd assumption.

Even worse, that imaginary $1 billion increase failed to pay for even half of the spending proposals touted by Gillum. “Free stuff” like minimum government-mandated salaries for teachers, or Bernie Sanders’s favorite fairy tale: Medicare for All.

In truth to get anywhere near Gillum’s spending commitments, the Florida corporate tax rate would had to have more than doubled.

Mercatus Institute studies revealed a Medicare-for-All plan would have also cost Floridians an average of $176 billion in additional federal taxes each year. Floridians said no.

Socialist numbers just don’t add up, and Florida voters had the good sense to reject the fairy tales.

Bernie should be ashamed for defending a regime that embraces imprisonment, torture, and persecution of its own citizens in the name of such tall and totalitarian tales.

Here in the great state of Florida, with close to two million voters of Cuban, Venezuelan, Argentine, and other Hispanic heritage – I can assure you his coddling of a communist despot will win him no friends.

The drama that played out in Cuba was a tragedy – with or without the lauded “literacy program.”

Yes, Senator Sanders. It really is that bad.

Dr. Bob McClure is president and CEO of The James Madison Institute, a non-partisan, free-market think tank based in Tallahassee, devoted to research and education on public policy issues. 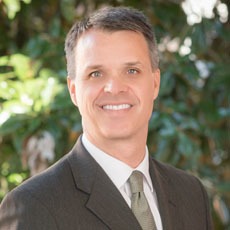 Dr. Robert McClure is the President and CEO of the James Madison Institute (JMI). JMI is a nonpartisan, public policy research organization based in Florida; founded in 1987, JMI is statewide with members in Florida, across the country and around the world. JMI’s ideas are rooted in the U.S. Constitution and the principles of economic freedom and opportunity for all Floridians.