A now common theme emanating from the political left is the claim that because President Trump critiqued the Democrat response to the coronavirus, he originally believed the pandemic was “a hoax.”

The truth is far from it, and indeed recent evidence reveals it was, in fact, Democratic politicians downplaying the coronavirus threat up until March 2020.

They blame Trump, BUT…

Look how NY leadership managed Covid 19 in their own words!!

Won't see this on the news!! pic.twitter.com/fni6h3kZ1X

It has become regular during the Trump presidency for media narratives get started, repeated, and become wildfire-esque: not easily extinguished.

Another such example was the erroneous claim that President Trump called tiki torch-carrying white-nationalists and Neo-Nazis “fine people”.

Radio host Steve Cortes cleared this up in an article for RealClearPolitics – one of the largest political news sites in the country – yet the false claim pervades.

At one of Trump’s last rallies before the onset of the coronavirus crisis proper, he said of how his opponents were politicizing the his handling of the outbreak: “This is their new hoax.”

What the President was quite evidently referring to in the clip above is the awkward attempt by Democrats to politicize an international crisis.

Just like their attempts to turn unfounded “Russian collusion” claims into a way to stymie the administration, Democrats sought, early on, to leverage a killer disease as a political tool.

The other, most recent Democratic Party hoax was the Ukrainian “quid pro quo” which led to a partisan impeachment, which in turn led to higher poll numbers for the President but a large bill for U.S. taxpayers.

It also arguably led to a lack of preparedness on both sides of the aisle for the impending coronavirus crisis, something Speaker Nancy Pelosi now has to own.

Yet Democrats continue to spin their lies.

Shout out to @GavinNewsom & @NYGovCuomo! This is what real leadership looks like. They are kicking ass & doing so w/ empathy & respect, taking care of our citizens while Trump is trying to make us believe he changed his mind about calling the #Coronavirus a hoax!

Searches on Twitter using “Trump coronavirus hoax” (or something like it) will turn up countless tweets from leftists who continue to insist that Trump called the virus itself a hoax.

The evidence, however, does not stack up.

If the coronavirus were a “hoax” in Trump’s mind, why would he have closed air travel to and from China in January?

And why fight back against Democrats who were insisting he keep the country open to flights in from China and Europe, for something that he supposedly didn’t consider a serious problem?

Willfully leveling such serious accusations against the President is not only dishonest, but also dangerous.

We’ve seen this story before and perhaps shouldn’t be surprised. There are people out there who will shamelessly pursue political victories at any cost.

Trump’s overall point was correct. His opponents have capitalized on a situation that none of us want to be in.

The adults in the room should be trying to figure out the next step toward beating this virus. Dishonest attacks are helpful to nobody. 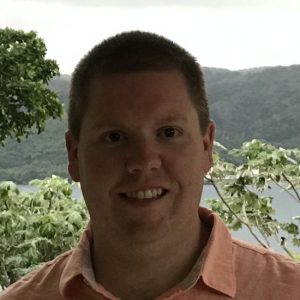