In the wake of nationwide riots of George Floyd’s death, several monuments – including those honoring black Americans and champions against fascism – have been paradoxically defaced by Black Lives Matter and AntiFa.

Here are some of the monuments, many displays of national unity and pride, that have been defaced. The National Pulse Editor-in-Chief Raheem Kassam highlighted some of the most egregious instances:

Nasty protesters in London have defaced the REAL anti-fascist's statues:

These men gave everything to stop fascism and slavery. But that didn't spare their legacies from the new cultural revolutionists. pic.twitter.com/ur2AdZhDm6

A mob tears down a statue of Edward Colston, Member of Parliament for Bristol.

Colston was a director in the firm that had a monopoly over West African trade, inc slaves. The firm was setup by the King and investors included Samuel Pepys and John Locke.

Now you see why the European Union was so keen to important millions of migrants.

To erase Europe’s history without cost, and in a way that ordinary people are frightened to speak up against. pic.twitter.com/l0hSKgQvGz

Scumbag tried to set fire to the British flag at the Cenotaph. pic.twitter.com/udfojYxW5b

Remaining monuments include a statue of Polish military leader Tadeusz Kościuszko in Washington D.C. who stipulated in his will that his American estate be spent on freeing and educating African-American slaves. 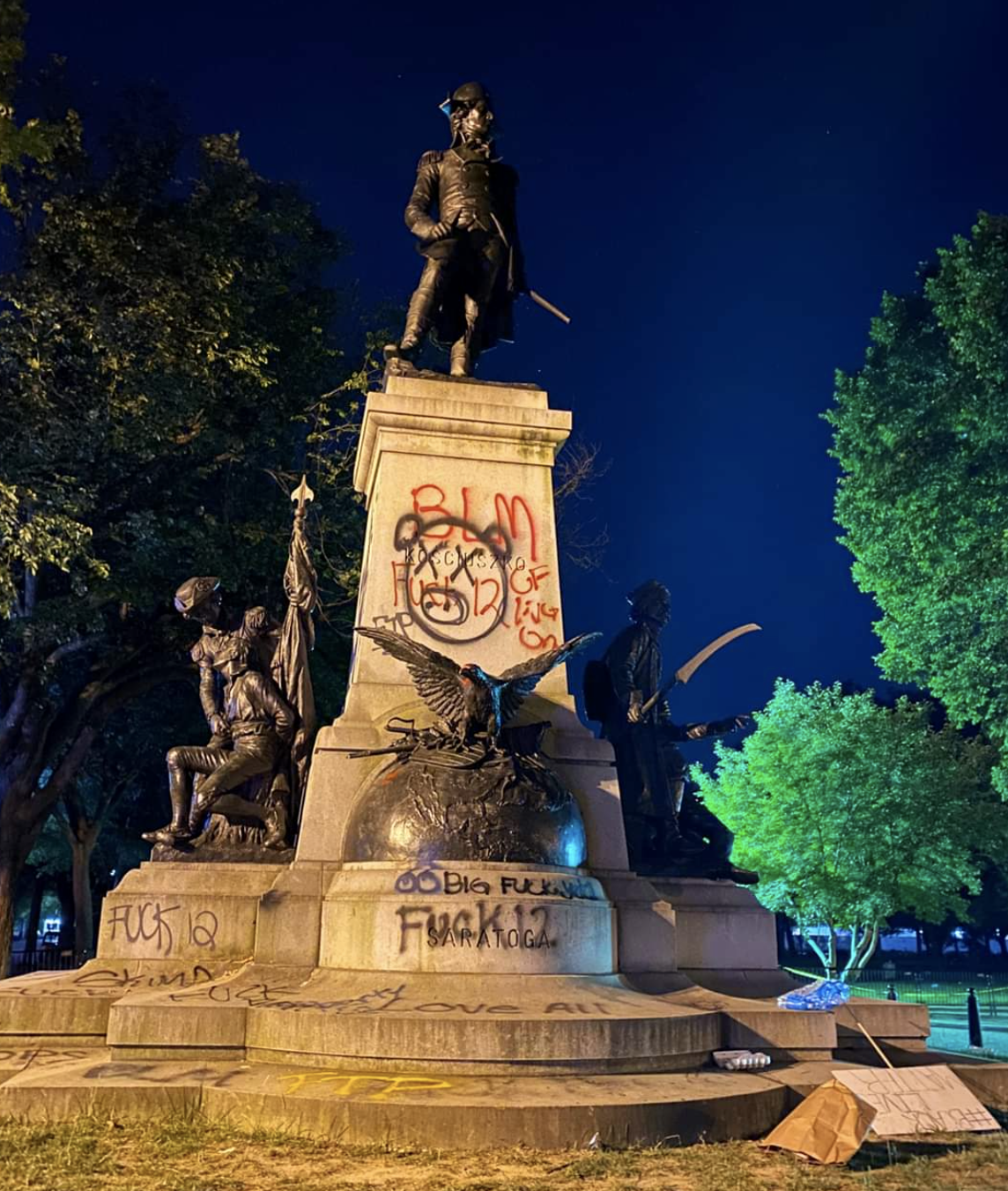 Along with the World War II Memorial located on the National Mall in Washington D.C., was also defaced. Nearly 1.2 million African Americans contributed to the war effort on the battlefield and domestically.