China Global Television Network (CGTN) has been identified as a “long-standing weapon in Beijing’s arsenal of repression” whose raison d’être is “to attack designated enemies of the Communist Party,” chiefly the U.S. Headquartered in Beijing, funded by the Chinese Communist Party (CCP), and controlled by the regime’s Publicity Department, the outlet is inundated with anti-U.S. and anti-Trump content.

As a result, CGTN was forced to register with the Foreign Agents Registration Act (FARA) in 2019.

CGTN’s international disinformation campaign – which has resulted in airing forced confessions and deeply biased coverage of Hong Kong protests – aligns with President Xi Jinping’s 2016 decree that “wherever the readers are, wherever the viewers are, that is where propaganda reports must extend their tentacles.”

Despite this, there’s an apparent door between CGTN and establishment U.S. media outlet CNN.

While CNN prides itself on placing “Facts First,” former employees are now helping to create and amplify content to glorify the CCP.

Sean Callebs is currently employed as a national correspondent at CGTN America. In addition to serving as a diplomat in Afghanistan for the US State Department in 2011, Callebs was a CNN correspondent for over 20 years, from 1989 to 2009.

CGTN brandishes these credentials in his bio:

He comes to CGTN with more than 20 years experience at CNN, where he covered a wide array of stories. Sean was CNN’s point person based in New Orleans during the aftermath of Hurricane Katrina. […] Sean anchored news programs on CNN and CNN Headline News, and was in the anchor chair the morning Saddam Hussein was captured in Iraq.

Callebs has pushed the 2016 Russia collusion narrative on CGTN, declaring President Trump’s insistence the Mueller Report vindicated him was “not accurate.”

Much like CNN, Callebs’s segment noted: “Special Investigator Robert Mueller said his probe delivered no determination on collusion but did find some ground to prove a possible conspiracy.”

Callebs has also praised the CCP’s actions on the environment, despite the country consistently accounting for the world’s largest share of greenhouse gas emissions and disproportionately polluting air and water.

Touting China’s “Ecological Red Lines” as a measure to protect the environment, Callebs slammed the U.S. for “heading in the opposite direction.”

He also produced commemorative stories on the “70th anniversary of the founding of the People’s Republic of China,” noting the country’s “very humble beginnings and then what China has become today.”

CGTN’s Sean Callebs is in #China producing stories on the 70th anniversary of the founding of the People’s Republic of China. Day one assignment is challenged by rain. @sfcallebs pic.twitter.com/nHjafwa4ID

The next CNN transplant is Anand Naidoo, an anchor for CGTN program “The Heat,” based out of the network’s Washington D.C. Bureau, and formerly an “Atlanta-based anchor for CNN International’s World News for ten years.”

Naidoo dedicated an entire segment to the U.S. coronavirus death toll “surpassing” China, branding the Trump administration’s response as inadequate and emphasizing how states were looking to China for assistance with personal protective equipment. 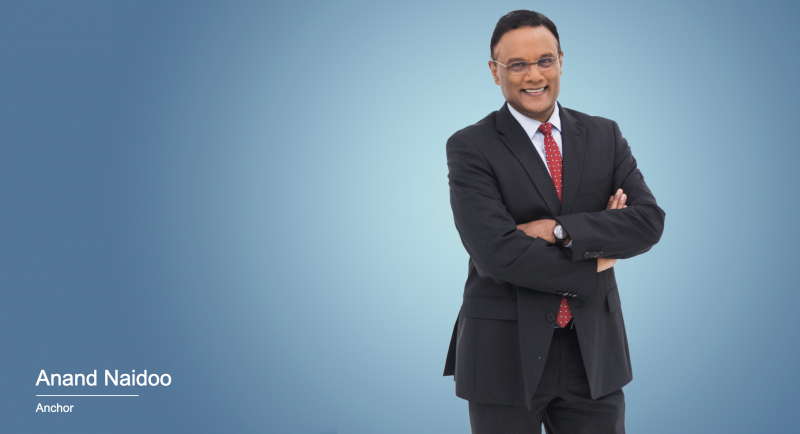 On CGTN, he also peddled the untruth that DC police used tear gas and rubber bullets to clear out protestors from Lafayette Square prior to President Trump visiting St. John’s Church – rather than the truth: that one officer deployed pepper spray after being attacked by rioters.

Naidoo, however, emphasized the “chaos in the streets of Washington D.C.” while falsely stating that “police forcefully clear out protestors from in front of the White House, firing rubber bullets and tear gas to disperse the crowd.”

In reality, Chinese Communist Party officials purposefully withheld knowledge of the virus’ development and human-to-human transmission from their own citizens and the world. They even silenced doctors who attempted to inform co-workers of the developing coronavirus strain, subjecting them to police visits and forcing individuals to sign letters admitting guilt for “making false comments” and “severely disturbing the social order.”

Karina Huber is a New York correspondent for CGTN and fill-in anchor for the network’s program “Global Business America.

CGTN explained in her bio:

Prior to CGTN America, Karina was a business reporter for CNN and Reuters reporting live from the New York Stock Exchange. 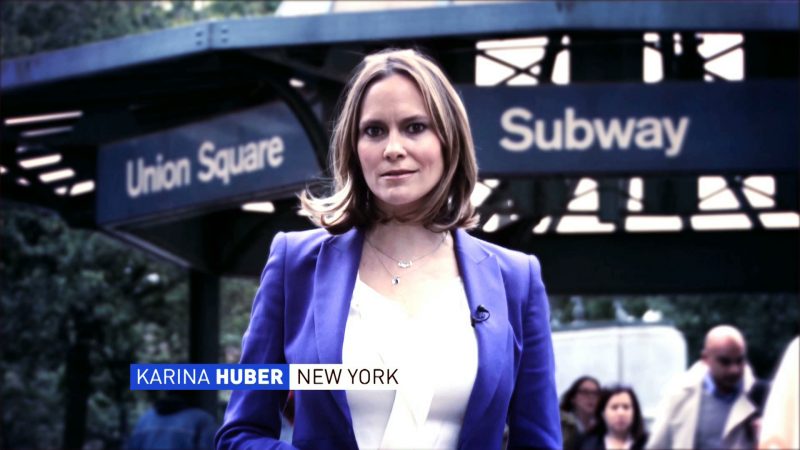 To advocate against President Trump’s tariffs, Huber created a segment entitled: “How dependent are Americans on Chinese goods?”

She took viewers inside her home to demonstrate how the overwhelming majority of products she used were made in China, failing to mention how Chinese imports have harmed American lives: Chinese toys are made with toxic lead paint; Chinese fish are carcinogenic due to the country’s polluted water; Chinese candy has been contaminated formaldehyde; and Chinese drywall is made with radioactive material.

She also produced a segment criticizing the Trump administration’s decision to curtail Chinese student visas as “bad public policy, bad for higher education, and bad for the country” despite intelligence officials raising red flags about the national security threat.

Asked by Senator Marco Rubio what “the counterintelligence risk posed to U.S. national security from Chinese students, particularly those in advanced programs in the sciences and mathematics” was, FBI Director Christopher Wray responded: “the use of nontraditional collectors, especially in the academic setting, whether it’s professors, scientists, students, we see in almost every field office that the FBI has around the country.”

Asieh Namdar, a former anchor for CNN providing “reports and analysis of international news on CNN” turned CGTN anchor, has provided similarly flattering coverage of the CCP and is a staunch Trump critic:

The Trump portion of these “briefings” are becoming harder and harder to watch .

Both were keen to paint Trump as warmongering: “President George W. Bush and Barack Obama both had the opportunity and the means to launch a similar drone strike, but they didn’t.”

She also failed to push back on a guest’s bogus claim that China is “not just leading in the U.S. but leading the world” concerning its actions on the environment. 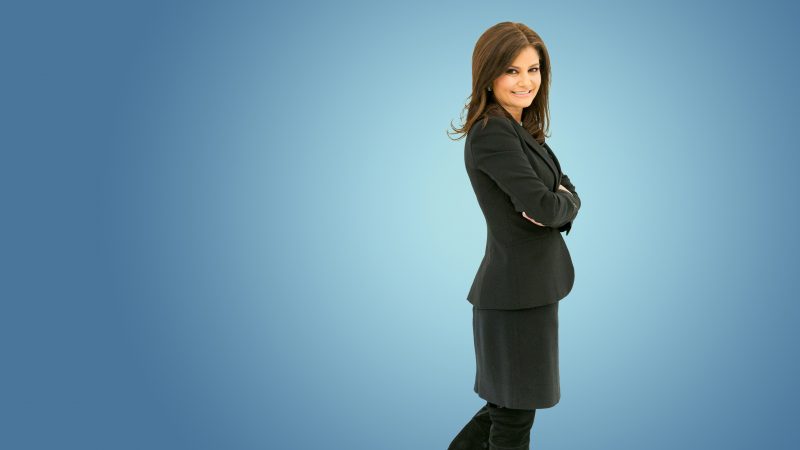 And Jim Spellman is a CGTN correspondent who “was a journalist at CNN for over a decade” and “reported for CNN, CNN International, HLN and CNN.com” and is similarly anti-Trump.

Spellman has also defended the merits of Chinese student visas, falsely praising the corrupt and authoritarian CCP’s “shift from rule by law to rule of law,” and attacked President Trump’s tariffs. 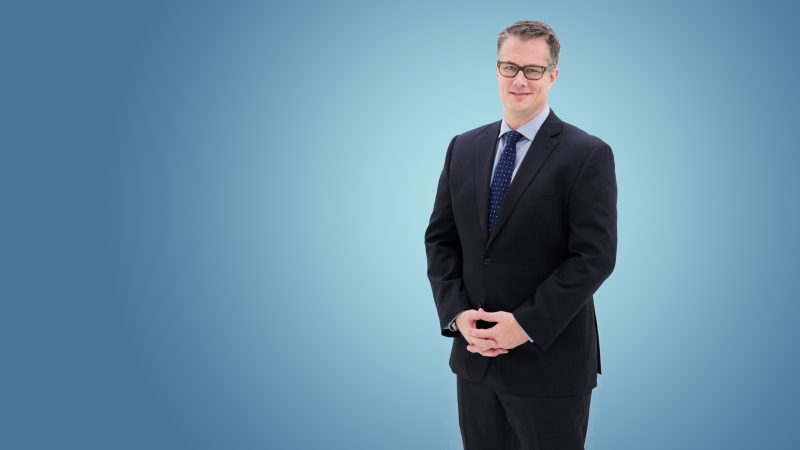 He also dedicated an entire segment to the CCP’s technological innovation – making no mention of extensive intellectual property theft from U.S. companies and universities – emphasizing how the country “has become a scientific force” that’s “on-track” to outspend the U.S. on spending related to research and development.

The National Pulse has reached out to CNN for comment on its revolving door with the Chinese Communist Party’s foreign influence operation, CGTN, but at the time of publication, we had not heard back.