I would love to say that the video footage, internal Facebook documents, and testimonials featured in Project Veritas’s latest undercover investigation of the Big Tech giant were “shocking” or “unprecedented,” but they are neither.

Rather, the revelations are an utterly unsurprising glimpse into the reality of online censorship and the bureaucratic machinery of the massive “content moderation” empire that Silicon Valley has assembled to appease liberal journalists and their own far-left employees who have never stopped being upset over losing the 2016 election.

Of course, instead of recognizing that the American people voted for President Trump over Hillary Clinton as a rebuke to a corrupt political establishment that left them behind for decades, the liberal media and their leftwing friends in Big Tech decided to “blame” President Trump’s victory on something different: free speech on the internet.

In Project Veritas’s most recent expose, you can very clearly see the results of Big Tech’s new war on internet free speech.

It’s all there, the smug Accenture management consultants, the drone-like contractors at censorship firm Cognizant, and the supposedly impartial algorithms that have — in the space of just a few years — transformed the web into the lop-sided mess of biased content restrictions we know today.

As it turns out, the reality of Big Tech censorship looks exactly like we all imagined.

There are actually rooms full of predominantly leftist employees reading conservative posts and deleting them for no other reason than their conservative content. There are, in fact, official memos coming down from Big Tech executives that employ convoluted reasoning to excuse the left’s use of violent imagery and naked racial hatred from the draconian censorship that is routinely applied to far less provocative posts from the other side of the spectrum.

And most importantly, they think this type of obvious election interference is funny.

Whistleblower Zach McElroy estimates that during his time working as a Facebook censor, upwards of three-quarters of the posts that Facebook’s algorithm and reporting system flagged for him to delete were from the right — a state of affairs that many of his former co-workers gleefully supported.

Examples McElroy provides include memos specifying that an anti-Trump “artist’s” gruesome drawing of the President having his throat slit with a razor blade is protected political speech, while a cartoon of Elmer Fudd shooting Beto O’Rourke is “incitement to violence.”

Another memo specifically exempts CNN host Don Lemon’s racist speech about white men being domestic terrorists from censorship, arguing that it is “newsworthy” even though the exact same speech about black men would be considered “hate speech.” 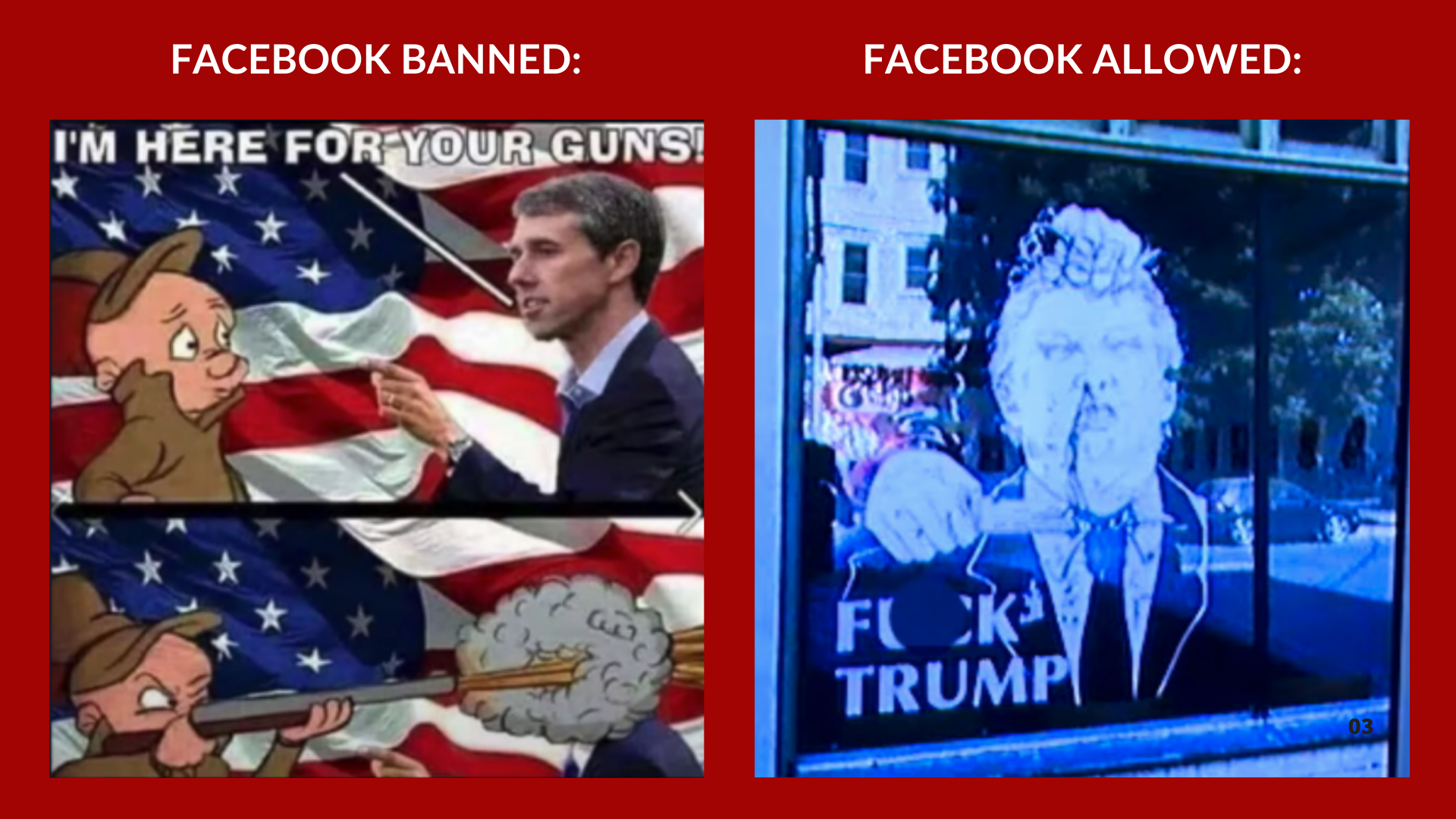 As political philosopher Carl Schmitt famously wrote, “Sovereign is he who decides on the exception.”

Facebook tries to justify its censorship by claiming that it is “maintaining civility” or disallowing “hate speech” on its platform, but really it’s deliberately subjecting one side of the political spectrum to significantly harsher scrutiny than it applies to the other side.

The regime that Facebook and the other tech giants have assembled over the past four years is not based on any discernible principle of acceptable online behavior; it is a concerted effort to draw a line on the right side of the political spectrum beyond which no speech is permissible.

If the far-left is allowed to use violent imagery and provocative language with no repercussion while silencing anyone who merely questions leftist dogma, the entire political left, including the Democrat Party, benefits.

The “chilling effect” of censorship on free and open discourse is very real.

If you don’t believe that, just think back to the internet as it existed in 2015, then look at your Facebook feed now.

The latest Project Veritas expose shouldn’t be a surprise.

It should, however, serve as a wake-up call about the type of election interference Facebook and other Big Tech conglomerates are engaging in. If conservatives allow the rules of engagement on the political battlefield to be set by their opponents, they are surely going to lose. 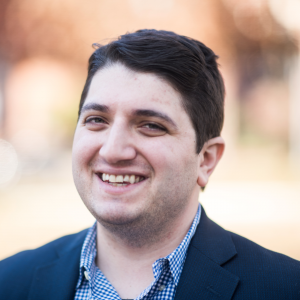 Andrew Surabian is a Republican Strategist. He's also a former Special Assistant to President Trump and Deputy Strategist inside the White House.