Shelbie Bostedt, press secretary for Democratic Congressman Steven Horsford, has refused to apologize for repeatedly using racist and anti-gay slurs, instead making her Twitter private and covertly deleting over 30 tweets.

Following a National Pulse investigation into the repeated use of the n-word by Bostedt – who brands herself as a “close personal friend of Nancy Pelosi” – alongside a number of anti-Indian, anti-Asian, and anti-gay slurs, Rep. Horsford’s office refused to comment on the matter.

The National Pulse contacted Bostedt by cell phone on Friday afternoon. After a brief call, Bostedt said she would communicate via email, but never responded.

The office was recently embroiled in a scandal after the married congressman and father of three admitted to having an extramarital affair.
At the time, Bostedt was quick to offer a statement on behalf of Rep. Horsford: “It is true that I had a previous consensual relationship with another adult outside of my marriage, over the course of several years. I’m deeply sorry to all of those who have been impacted by this very poor decision, most importantly my wife and family.”
Apparently Bostedt doesn’t think her language – certainly deemed racist and homophobic by the left’s standards – warrant an apology or, for that matter, even a response.
Instead, Bostedt locked her account, leaving users unable to see her content unless she personally grants them access. 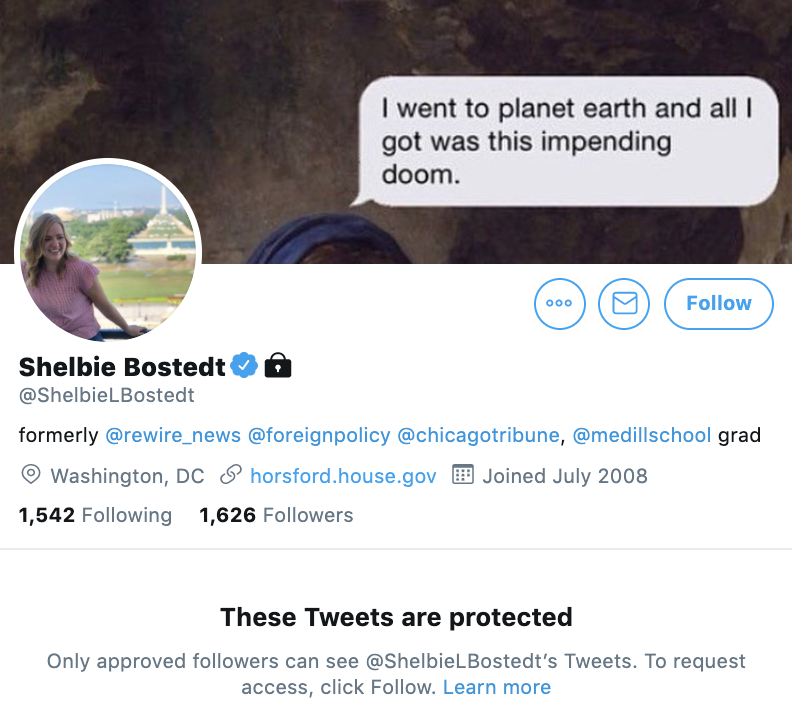 Since her account was made private, the press secretary has quietly deleted deleted 34 tweets.

At the time of publication, Bostedt still appears to serve as Rep. Horsford’s Press Secretary, though her Twitter bio has also changed to remove her title.

The National Pulse has repeatedly reached out to Bostedt and Horsford for comment, with neither responding.

The national media has also failed to report the story, which would undoubtedly be front page news if the comments came from a Republican staffer.