This May in Detroit, Ford Motors unveiled its newest Police SUV – complete with technology that temporarily raises interior temperatures  to help reduce viral concentrations inside the vehicle.

“Everything about it was designed for keeping police officers safe, comfortable and ready for action,” said Bill Gubing, a Ford engineer, last year.

Meanwhile, in New York City, the Ford Foundation is proudly taking part in the Defund the Police movement on its website:

“We’ve seen our grantees at the forefront of the change that’s taken place over the last few days—from the City Council of Minneapolis’s pledge to dismantle the police department to reimagine public safety, to Mayor Garcetti’s commitment to divest $250 million of the LAPD’s budget.”

Founded in 1936 by Edsel Ford, the Ford Foundation is one of the country’s most recognized charitable organizations. In 2019, it handed out $500 million in grants to promote a “just, fair, and peaceful world with opportunity for all.”

But now, for the first time since 1976, a member of the Ford Motors dynasty sits on the Board of the Foundation.

Henry “Sonny” Ford, joined the Foundation’s Board of Trustees in February of 2019 to help drive its “racial injustice” agenda.

Speaking in February 2019, Foundation president Darren Walker said: “Although we were established to be an independent institution, our recent efforts in southeastern Michigan have marked a reconnection with the Ford family, coming full circle with Henry’s election to our board.”

‘RACISM AND VIOLENCE AT THE HEART OF THE AMERICAN STORY’.

Mr. Ford oversees grant-making policies, management and governance at the Foundation. He also serves as a public ambassador for the Foundation’s work.

The move is aimed at giving the Ford Foundation more legitimacy as it presses forward with its social justice policies. But it could spell trouble for the Ford car company.

To find the core of Ford Foundation’s push to abolish the police in America, we turn to their website:

“The deaths of George Floyd, Breonna Taylor, Ahmaud Arbery, Tony McDade and Sean Reed are the result of an ugly, painful legacy of systemic racism and violence at the heart of the American story. It’s a story that begins with the genocide of indigenous peoples and continued with the enslavement of African people, whose free labor built the wealth of countless white Americans.”

Translation: America’s founding was unjust, it was unfair, and now, the country’s people deserve no peace. This appears to be the Ford Foundation’s new doctrine.

How does Mr. Ford conceptualize his risk of being associated with the Foundation, given its history of working to spread Marxism through this country and others?

For the answer, we turn to a video from November 2019, from the Ford Foundation’s YouTube channel.

Titled, “Extending Privilege,” Mr. Ford discusses in the video, among other things, him straddling responsibilities at the Foundation with his prominent role at the Ford Motor Company.

Mr. Ford says that he happily accepts the risks his Foundation’s work poses to his family’s car company. He chuckles as he recounts for the audience the effects of a boycott the company faced in the past as a result of its linkage to the Foundation.

“My grandfather would be extremely proud, as I am, of the work the Foundation is supporting today,” says Ford.

To understand how the Foundation harnesses its grantees to create a juggernaut like the Defund the Police movement, it is helpful to view them as a broker. The Foundation acts as an intermediary between their paid grantees – all of kindred spirits – who work on behalf of the Foundation to change, and then to set, American domestic policy.

Since 2016, Ford Foundation has given roughly $7.8 million to Black Lives Matters and other similar groups through a partnership with Borealis Philanthropy. These groups are now the public face of the Defund the Police movement.

But the movement was born from a group seeded by the Foundation back in 2015 called Black Youth Project 100 (BYP100) at the University of Chicago. Their mission was to “Disband, Disarm, Disempower” the police.

Since the group’s founding, the Ford Foundation has given them $3.1 million.  BYP100 now serves as central command – recruiting protesters, providing professional protester training, and coordinating protests in cities across the U.S.

The Ford Foundation also pours millions into think-tanks, media outlets, and legal groups to create a public echo chamber preaching the gospel of abolishing the police. The Brookings Institution, Center for American Progress, Forward Justice, ACLU, Center for Popular Democracy, the Guardian newspaper, and ProPublica make up part of the Foundation’s brain trust.

The ACLU’s Paige Fernandez wrote an article in the June issue of Cosmopolitan “Defunding the Police Isn’t Punishment—It Will Actually Make Us Safer.”

The ACLU publishing this anti-police harangue in a magazine whose audience is mostly women aged 18-34, during a time when domestic violence crimes are surging, is not an accident.

In the Foundation’s headquarters of New York City, we’ll soon see what a Defund the Police victory looks like.

The New York Post reports that since riots began and calls to defund the police have grown louder – police retirements have climbed 33 percent year over year.

According to the NYPD,  murders are up 23 percent in the city. Nonviolent crimes like burglaries and car theft are also escalating.

IN THEIR OWN BACKYARD.

In Mr. Ford’s hometown of Detroit, murder is up 25 percent since last year and there have been 271 non-fatal shootings – up 30 percent, according to Deadline Detroit.

In an interview with the Let it Rip news program that aired on Fox2 Detroit on June 11th, Chief James Craig said that Detroiters were “extremely angry” that outsiders converged on their city, bringing with them violence and chaos, all to force leaders to disband their own police.

He says this about the Defund protestors: “There is another agenda being advanced – anarchy.  You have to ask yourself why.”   When asked about similar protests in other cities, Chief Craig said, “their strategy and coordination was very similar, it was planned.”

Wonder if the Chief knows that the Ford family itself is involved in this coordination and planning to bring murder and mayhem into his own backyard?

Does Mr. Ford, who also works at Ford Motors, care about the impact that defunding the Detroit PD would have on thousands of the company’s other employees living in the city?

As the Foundation’s campaign gains traction, how will owners of America’s 3,000 Ford dealerships feel about the association of their brand with efforts to Defund the Police in their own hometowns?

And how will the Defund efforts carried out by the Foundation impact the sale of those new high-tech police vehicles the Ford Motor Company is rolling out?

Will the Ford Motor Company’s decision to allow its employee, better yet – its most recognizable ambassador – Henry Ford III, to sit on this Foundation’s board prove to be strategic blunder?

UPDATE FROM THE EDITOR JULY 8 2020: Since publication the Ford Motor Company has been in touch with The National Pulse to distance itself from the decisions of the Foundation, despite the new link in the form of Henry Ford III.

Ford Motor Company says they are totally separate from the Ford Foundation, and that the motor company has its own charitable arm.

“Ford is proud to be America’s long-time leader in producing police, emergency and first responder vehicles,” they said. “Our Police Interceptor vehicles are by far the top choice of law enforcement and other emergency services agencies across the country.”

The company statement also included the following: “To be clear, Ford believes racism, abuse of power and repression in law enforcement must be addressed and stamped out wherever they exist. Good law enforcement agencies and officers play a critical positive role in our communities, but safety and fairness must be inclusive of all, everywhere.”

Meanwhile, Henry Ford III continues to exercise authority at both the Foundation – which does support Defund The Police – and the Ford Motor Company. 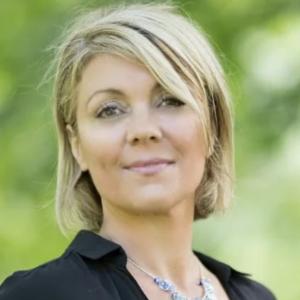 Sloan Rachmuth is the executive director of Pen & Shield Media. She’s a contributor at the Federalist and the Daily Wire. She is based in Raleigh, North Carolina.