WASHINGTON: Trump is Responsibly Bringing Endless Wars to a Close

Typically, lofty promises disappear after elections — but this hasn’t been the case with Donald J. Trump and his policy to draw down American involvement in foreign wars.

On the 2016 campaign trail Trump promised to scale back America’s entanglements, specifically calling out Afghanistan as a drain on our valuable human and economic resources. This was understandably a hit with military families, veterans and active duty service members.

Several years ago, President Trump stressed the importance of ending the U.S. engagement in Syria, vowing to “get out” of the country in the near future.

“I want to bring our troops back home. I want to start rebuilding our nation. We will have, as of three months ago, spent over 7 trillion dollars over the last 17 years – we get nothing out of it. We have nothing but death and destruction. It’s horrible. Sometimes it’s time to come back home,” said President Trump. There should be bi-partisan support for ending the war in Afghanistan and changing our focus from nation building in the Middle East to creating stability in our own hemisphere. Candidates are keen to run on the issue but do very little once elected to office. President Trump, however, is an exception. He has reduced troop levels in Syria and Germany and has promised to do even more during his second term in office.

In 2018, it was estimated that American taxpayers were spending $45 billion dollars a year on military operations in Afghanistan.

A YouGov/RealClear Politics poll showed that 53 percent of Americans and a staggering 60 percent of veterans believed that the U.S. did not have a clear strategic objective in that war.

When asked what should be done over the next five years, Americans are even more resolved: 57 percent of all Americans and 69 percent of veterans want all of our men and women out of Afghanistan.

I agree we should end our involvement in Afghanistan, but in order to leave we must make our exit a decisive statement that leaves no question about our resolve. Our hard work and human sacrifice cannot have been in vain.

President Trump has accomplished more for American veterans than any other president and he will do even more in a second term. But his work to honor the work of America’s veterans by bringing them home tops the list for this veteran. I am excited to see what else he can do for our armed forces with four more years in the White House. 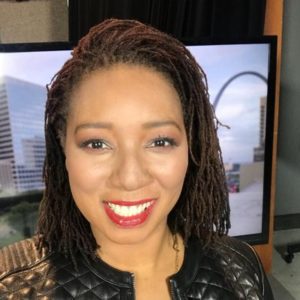 Stacy Washington is a co-chair of Black Voices for Trump, an Advisory Board Member of Veterans for Trump and hosts Stacy on the Right on SiriusXM’s The Patriot Channel.