RECK: Politicians Are Arguing Over $600 While China Still Owes Us $2 Trillion.

At 2020s end, Americans will begin the new year wondering where January 1 rent will come from. Food distribution lines can extend for miles in some American communities. This is happening while China’s debt obligations to Americans not only go unpaid – they are willfully rejected as debts China refuses to acknowledge.

The United States has taken its own debt obligations to China and other international borrowers seriously. Payments are issued faithfully and the stability US Treasuries provide represent a gem among a host of volatile and uncertain investment vehicles in a tumultuous world. This is true while many other holders of various bonds face precarious times.

Bonds have historically been a prudent means of investing. When an investor purchases a bond from a corporation or government, they’re essentially purchasing a loan: the investor receives interest payments for a period of years and then will receive the principle amount of the loan when the bond’s period matures. Sovereign debts are bonds issued by nations. These bonds are purchased by other nations or individual investors who see the nation as a reliable borrower that seeks to uphold its international reputation through faithful repayment. A nation that stalls upon or refuses repayment of its sovereign debt can see its reputation and its credit access plummet across the world.

How It All Began.

In the early 20th century, various governments in China issued sovereign debt bonds. Particularly under the Republic of China (which fled to Taiwan after the cultural revolution), hundreds of millions of dollars worth of sovereign bonds were issued to fund the nation’s ascent into modernity. These resources were intended to go toward infrastructure investments on the mainland – new roads, ports, educational facilities, industrial developments were the aims of these bonds. The debts were issued in good faith, with even private citizens across the US purchasing them.

MUST READ:  The Chinese Communist Party is Still Buying Up American Land.

It was believed that China would one day be a collaborative trading partner and that a mutually beneficial trade relationship would be a means of securing peace. It should be noted that the debts were issued in gold. Their value is pegged not to a relative government fiat currency, but rather to the current value of gold. This has major implications on the net present value of these debts in today’s dollars.

The Republic of China did indeed begin to make payments toward these debts. However in 1938, the debts were defaulted upon and bondholders went unpaid and continue to be unpaid to this day. According to the American Bondholders Foundation, led by its president Jonna Bianco, the amount owed by China to the 20,000 bondholders it represents equates to roughly $2 trillion, given an average 5 percent interest rate, decades of China’s default status, and a skyrocketing increase to the price of gold on today’s market. This does not include China’s unmet obligations to other bondholders outside of the United States.

One might say, “But the Republic of China issued these bonds – that means Taiwan is responsible. Make them pay for it.” This is not valid. Taiwan as it currently exists does not benefit from the investments made with the bond proceeds, which were focused on the mainland. Even if one were still to hold Taiwan responsible, the People’s Republic of China would still be required to recognize the debts as theirs if they do indeed take their own One China claim seriously and assert Taiwan as part of China.

One unique feature to sovereign debt is known as the law of state succession. This is a long established aspect of sovereign debt that recognizes that a new government is the beneficiary of the assets and resources of its preceding government and they are also the recipients of the debt obligations incurred by former governments. In other words, a nation cannot simply declare – “Sorry, but these debts were made by that of another government with a different political ideology – we’re not responsible for this.” A new government maintains the prior debt obligations.

Other established nations have taken their debt obligations seriously, even when they’ve spanned nearly a century. Take for example the debts from World War II that obliged repayment from Great Britain: a final repayment of war debts of that era was issued for $83 Million on December 31 2006, over 60 years after the war ended. Likewise, in 2017 Russia made its final payment toward its Soviet-era debts.

It is also not unprecedented for China to pay toward these debts: under Margaret Thatcher’s leadership in 1987, the People’s Republic of China made repayment of their defaulted debts to British bondholders or else China would not participate in Britains’s financial system. That China repaid British bondholders but now refuses to repay Americans places China in selective default.

So what should struggling Americans – many of whom face rising credit card and rent balances – think of China’s unresolved $2 trillion that remains owed? What should American tax payers think of their own taxpayer resources going toward paying China $72 million every day?

Here is a suggestion for an approach toward the matter that will best serve American interests:

If China is seen as a primary existential threat, it is prudent that the United States should no longer remain China’s debtor, especially when a clear and actionable path toward eliminating these debts is readily available for the President to implement.

The vast resources made available from this transaction can be better utilized toward advancing American interests domestically. 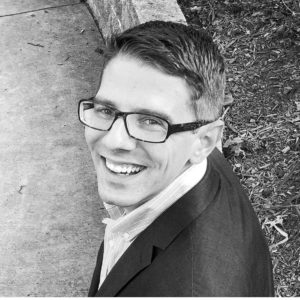 Jonathan Reck is a freelance writer

The Chinese Communist Party is Still Buying Up American Land.