A new report from a number of reputable, PhD statisticians analyzes the suspicious floods of ballots trickling in following the November 3rd election, concluding all were in favor of Joe Biden.

The report analyzes “vote dumps” – a “25,000+ vote differential between Presidential candidates, received/recorded at one time.”

“The conclusion is that all we were able to find were net Biden Dumps,” the report summary notes.

Several states experienced more than one vote dump, but all netted in favor of Biden. 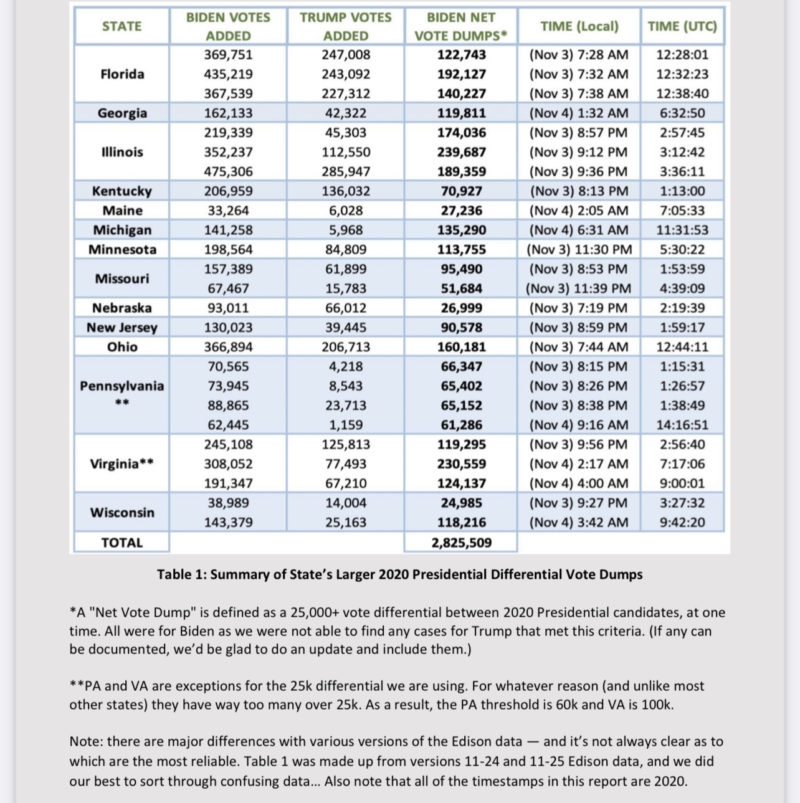 Similarly, Michigan saw a vote dump net Biden 135,290 votes, with the probability of such phenomena occurring equating to “1 in 10117 — or 14 Powerball wins in a row” per the report.