Only the swamp grants those who steal elections, lie for a living, and advocate for the killing of babies in the womb in the ninth month the “moral high ground.” And that’s precisely what Alyssa Farah did in her recent series of CNN interviews and RealClearPolitics op-ed.

But if conservatives are to have success, we’re told by swamp social climbers like Farah, we must call evil good. We must accept our votes being stolen. Let’s call the fact that Pennsylvania’s vote totals don’t add up by 202,000 “misinformation” and move on.

Joe Biden may be illegitimate and half the time incapacitated but at least he didn’t tweet something mean!

Let’s return to the old Republican Party: political actors playing different roles to give Americans the illusion of choice.

In truth there was no difference between Romney and Obama, or even between Obama and McCain. Just like there is no difference in the speeches delivered by the majority and minority leaders on the Senate floor these days.

“So how do we keep the great economy, the deregulation, the strong national security, and better trade deals?” Farah wonders. Well, you can start by not letting communists steal an election. Or if you don’t understand the fraud, leave the topic to people who do.

Farah – mostly inspired by her friendships with CNN reporters – claims she wants to keep the Trump administration’s accomplishments while throwing out the man who accomplished it. Sorry, it doesn’t work that way.

Who President Trump is as a man is precisely why he was able to accomplish what he did, and become the most popular Republican in modern history. His straight talk – no matter the pearl clutching by hypocritical establishment Republicans – is a product of the conviction he holds. He is true to his word. He actually believes in America First. He doesn’t just say things to get elected to get power. And he isn’t beholden to anyone but the people who put him there.

It’s especially galling when you consider the lives these “shocked” Republicans actually lead in Washington, D.C. At least President Trump had the honesty to embrace his own flaws instead of trying to hide them at the bottom of a bottle of Bombay Sapphire, or at some U Street bar.

Farah says future candidates must be vetted for “character and integrity.” So what exemplary “character” should they have?

Sleeping their way to power? Using family tragedies for political gain and smearing innocent victims as drunk drivers? Being a serial plagiarist who likes to grope young girls in public? How about taking bribes from communist apparatchiks in Moscow or corrupt oligarchs in Ukraine, and then letting someone else get impeached for what you did?

Should they get in bed with the CCP and complain when their business partners who go missing? Then lie directly to the people about the evidence they know is not Russian disinformation but, in fact, very real?

Or should they just be a run of the mill swamp dweller, who backstabs their constituents or their family members at every chance? Farah should tell us.

Fake Characters, or A Real Character?

President Trump was the most vetted candidate in history. He lived his entire life in the public eye. His character is proven in his actions. The most pro-life president in history, who fought nonstop for all Americans, and stood up against communist China, and terrorists in Tehran. He did what was right in a corrupt town that profits from wrong.

Farah’s advice – to cede every argument to her CNN or New York Magazine friends – is precisely the opposite of what the GOP needs, and the worse part of this is she knows it. Farah came through the Young Americans for Liberty/Young America’s Foundation networks. Her father runs the WND website. There’s no way she can’t know better. But what she also knows is bleating on about “character” will find her respect within Washington’s power corridors. It’s called selling out.

She uses the word “denounce” – a synonym of deplore – three times in just a few hundred words.

We must stop “moral equivocation on issues that should be easy to unequivocally denounce,” says Farah. Maybe denouncing white supremacy for the 39th time will do the trick.

We must stop spreading “conspiracy theories,” she claims. Except election fraud is very real and very on tape. The “Russia collusion” hoax, alongside more recent canards such as the “stolen mailboxes” fraud were invented to demonize political opponents and to cover up corruption.

But sure, tell us more about the “character” and “integrity” of our opponents, Alyssa.

In reality Farah is trying to figure out how the swamp can keep the rigged game going in a post-Trump Washington. But you can’t.

Once you’ve had a taste of the real thing, there’s no going back.

Conservatives had enough of platitudes like “our better angels” and “inclusive leadership.”

Farah says we can “regain the moral high ground by first and foremost embracing the truth.”

Well here it is: Joe Biden did not receive 81 million votes. He couldn’t get eight people to fill eight circles, when he rarely did leave the basement.

Another truth: Joe Biden is compromised by the Chinese Communist Party, as is one of the Democrats’ sham impeachment managers, and an untold number of members of the ruling class.

Farah attributes President Trump’s success in foreign policy to “dealing with the world as it actually is, not as we hope it would be.”

You can hope that the political class acts in good faith, or that Big Tech will only censor the “bad” people, or that Big Media will finally accept you if you just denounce Trump just one more time.

But we’re dealing with the world as it actually is: freedom is a precious, God-given gift that is not granted by government. Power corrupts, and it has corrupted both parties.

Where do conservatives go from here? With whoever is bold enough to speak the truth: President Trump won on Nov. 3. 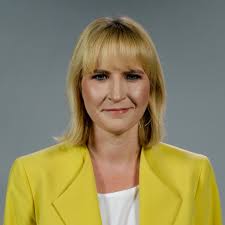 Elizabeth Harrington is a former spokesman for the Republican National Committee and news editor.