Joe Biden is lying about his 2011 dealings with Vladimir Putin in Moscow, and the Russian president isn’t putting up with it. I know this because I was an eyewitness to the events of that day. Events that Washington, D.C.’s media have failed to press Biden on – and that give an extraordinary insight into how our now-president was humiliated by his Russian counterparts.

Vladimir Putin and his staff sought the almost ritualistic humiliation of then-Vice President Joe Biden, who commanded very little respect on the world stage during his tenure as veep. If it can be believed, he commands even less, now. Ever since that moment I witnessed, Joe Biden and his staffers – with the help of Washington’s press corps – have been spinning the story 180 degrees away from how it actually happened.

After Biden lied about his prowess with Putin in a sickly sweet interview with ABC’s George Stephanopoulos, Putin pulled his ambassador out of Washington. It’s a pretty big move from Putin out of the blocks. Usually, if you fear a nation and its leader, you don’t start by pulling your ambassador. This is Putin’s telling the Biden regime: “We don’t need you, and we don’t fear you.”

It’s quite a stark difference from the Trump administration, which sanctioned Russia while engaging in diplomacy. The media chastised Trump for attempting to avoid a pointless conflict with Russia. That’s the same press that is now fawning over Joe Biden’s kowtowing to the Chinese Communist Party.

As an aside, Stephanopoulos never pressed Biden on how his son Hunter Biden was compromised by a Putin-friendly Moscow woman’s $3.5 million money transfer, as reported by the Senate Homeland Security and Governmental Affairs Committee last September.

I documented what happened at Joe Biden’s one and only meeting with Vladimir Putin in my book Joe Biden Unauthorized. I can attest that the title of my chapter on the incident – Bitch Slapped in Moscow – is the actual truth.

Biden got bitch slapped, and he’s pretending he didn’t.

Putin knows what happened. He was there. He knows he compromised Joe Biden, who appeared unprepared to deal with the ruthless, former-KGB agent. Regardless, Joe continues to perpetuate his “I was the tough guy” lie.

As Joe Biden’s White House stenographer, I stood directly behind Putin at a distance of five feet. Biden, seated across from Putin at an elegant conference table, was about 12 feet from me.

About 10 minutes into the meeting, Vice President Biden attempted to start lecturing about his decades-old part in U.S.-Russian negotiations with the dreaded phrase, “I’ve been around a long time. The first time I was here…”

Joe Biden got about one sentence further into that spiel when off went his microphone, off went the lights for the TV cameras, and stern Russian voices were commanding the press to leave. And leave they did.

They went out quickly and efficiently, with videocameras popping off of tripods. Equipment snapping shut. Portable lights clattering down retractable poles. No one spoke, and no one dared linger.

This was Putin in all his KGB ruthlessness. Whether by some prearranged signal or simply an undisclosed time limit, he had pulled the plug and done the unthinkable: he’d stolen Joe Biden’s audience and rendered him speechless. Shut him down in mid-sentence with the flick of an invisible switch.

Across the table, I could see Vice President of the United States Joe Biden, in the now dimly lit room, looking as duped as an exhausted fish in the bottom of a boat. No protest, no complaint. No, hey, I wasn’t finished. Nothing. He was humiliated.

To me, the revelation was the premeditated precision of the snub. Putin or his team had likely plotted this all out. They knew exactly what bait to use, exactly how Joe Biden would take it, and then when he did, they reeled him helplessly in.

The Russian President and his delegation sat calmly and coldly as their American counterparts realized their blustery leader’s big moment had been stolen right out from under him. The most powerful man in Russia had neither fear nor respect for Joe Biden. He had just played with him for sport.

Here’s a link to the transcript I prepared for the Obama White House Press Office. You can see that it ends with Biden in mid-sentence.

So what are we to make of Joe Biden’s “you have no soul” line to Vladimir Putin, which is how he attempts to reclaim the upper hand?

Only in his 2017 book Promise Me, Dad did [then-Vice President Biden] describe that meeting as “contentious”. At least he finally came clean about what I saw, though it took him six years.

His self-promotional version always centered on his momentary appraisal of Putin. Maybe you’ve heard it before. He has certainly repeated it often enough.

After praising Putin’s magnificent office, which Biden teasingly attributed to Russia’s growing acceptance of capitalism, he looked Putin in the eye and said something to the effect of: “I don’t think you have a soul,” to which he said Putin replied in English: “Good, then we have an understanding.”

With no press in attendance, we’re asked to take the Vice President at his word. But what are the chances – given what we already know about the exchanges between the two leaders – that this actually happened?

Think about it. Biden has spent his whole career boasting about his diplomatic capabilities. Just at the end of the aborted press conference, he was talking about his meetings with Brezhnev. But suddenly he decided to call Putin – apropos of nothing – soulless?

The reality is Biden is accidentally giving away one of two things: he either blurted something out having been humiliated in the presser. Or he was abandoning his decades of foreign policy experience for a “gotcha” moment in an empty room with no press. Seems a weird time to do it.

Putin’s actions over the entire course of the Obama-Biden administration were always belligerent. Now, with the return of bitch slapped Biden, he’s going right back to that strategy with his version of a Russian “reset”.

This doesn’t sound like the genius “diplomat” Joe Biden has portrayed himself as for decades, nor the master strategist the media mindlessly report he is.

In fact, Biden new posturing on Russia appears to be luring the U.S. into yet another foreign policy distraction while he gives the Chinese Communist Party just about whatever they want (as long as there’s 10 percent for the “big guy” on the back end). 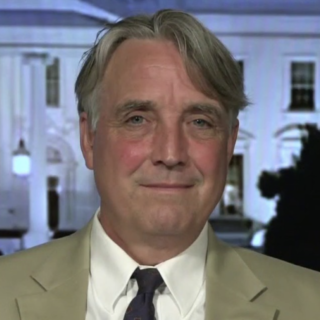