The promotion of outlets that function as part of the Chinese government’s self-avowed “propaganda” campaign further calls into question Daszak’s impartiality as a World Health Organization (WHO) investigator.

The outlet Daszak most heavily shares and praises is China Global Television Network (CGTN) – described by the Freedom House think tank as “a long-standing weapon in Beijing’s arsenal of repression” whose “mission is to attack designated enemies of the Communist Party.”

Daszak has praised CGTN hosts as “sharp,” interviews as “fantastic” and “honest,” and programming as “great“:

What do kids in China think of science and a STEM career? Checkout these fantastic interviews from @CGTNOfficial @thepointwithlx. Wherever you travel around the world – if you need an honest answer – just ask a child! pic.twitter.com/mvcJhkdltD

Beyond praising the network, he has also uncritically shared articles from the site, amplifying claims that the Wuhan Institue of Virology has “never had a leakage or anyone infected.” 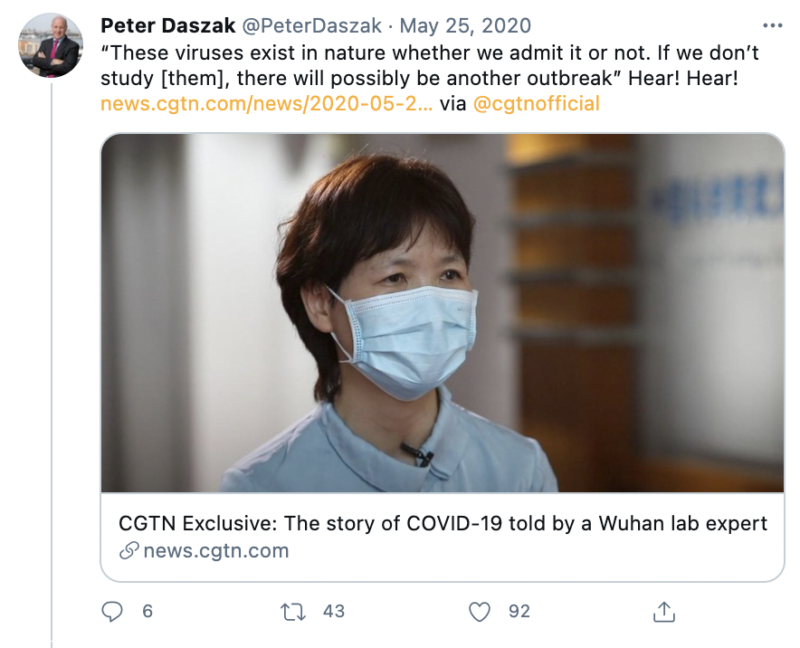 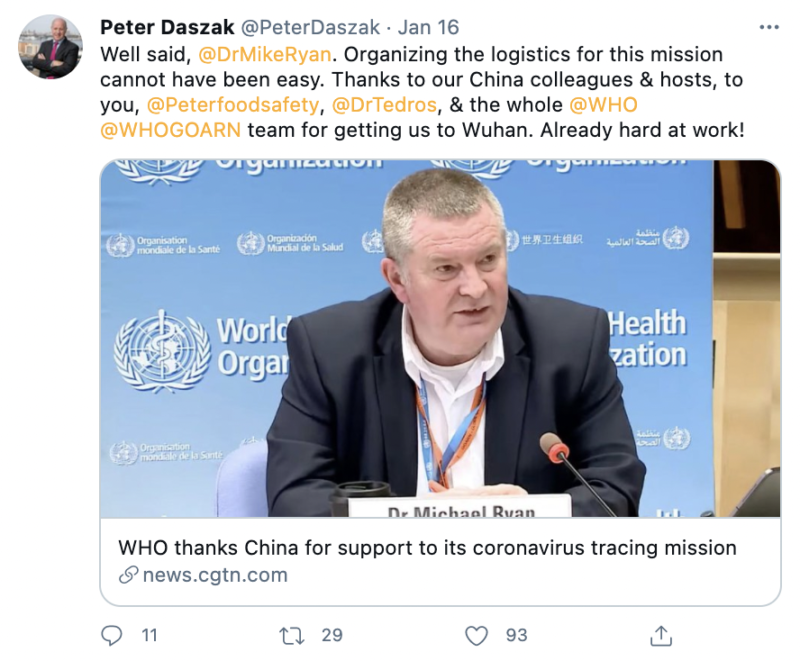 What’s more, Daszak has praised a Chinese medical journal sponsored by state-run entities including the Chinese Center for Disease Control and Prevention. 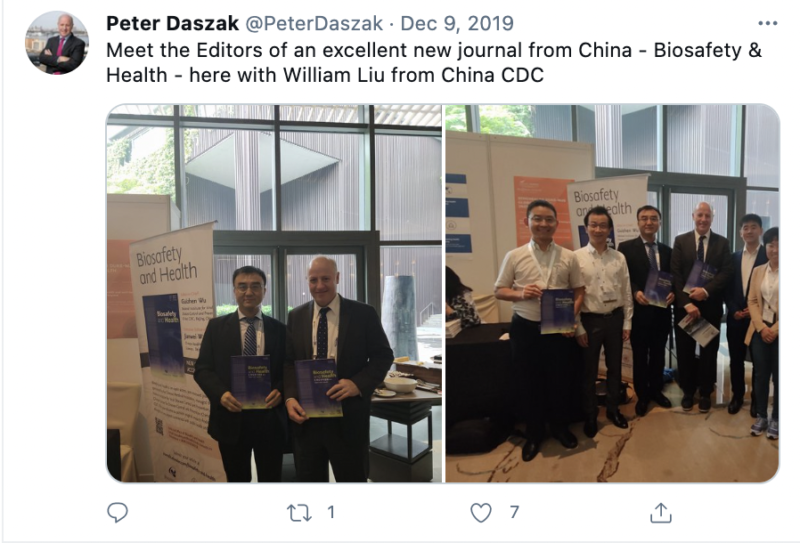