A nationally commissioned survey asked respondents for an estimation of how many unarmed black men were killed by the police in 2019. Forty-four percent of liberals said it was 1000 or more. In reality, the number was actually no more than 27.

The survey, commissioned by Skeptic Mag, asked respondents: “If you had to guess, how many unarmed Black men were killed by police in 2019?”

Among those identified as “Very Liberal,” a majority (about 53 percent) of them estimated that the number of unarmed blacks killed by police in 2019 was one thousand or over, with about 22 percent putting the number at ten thousand or above.

Almost 39 percent of those who were simply “Liberal” guessed “About 1,000”, with a further 12 percent claiming the number was more like 10,000 or more. Approximately 25 percent of self-declared “Moderates”, nine percent of “Conservatives”, and 13 percent of “Very Conservative” Americans estimated at “about” one thousand.

The numbers are especially galling given the left’s claims to science, data, and reason. In reality, it appears they are far more prone to wild conspiracy theories than the political right. 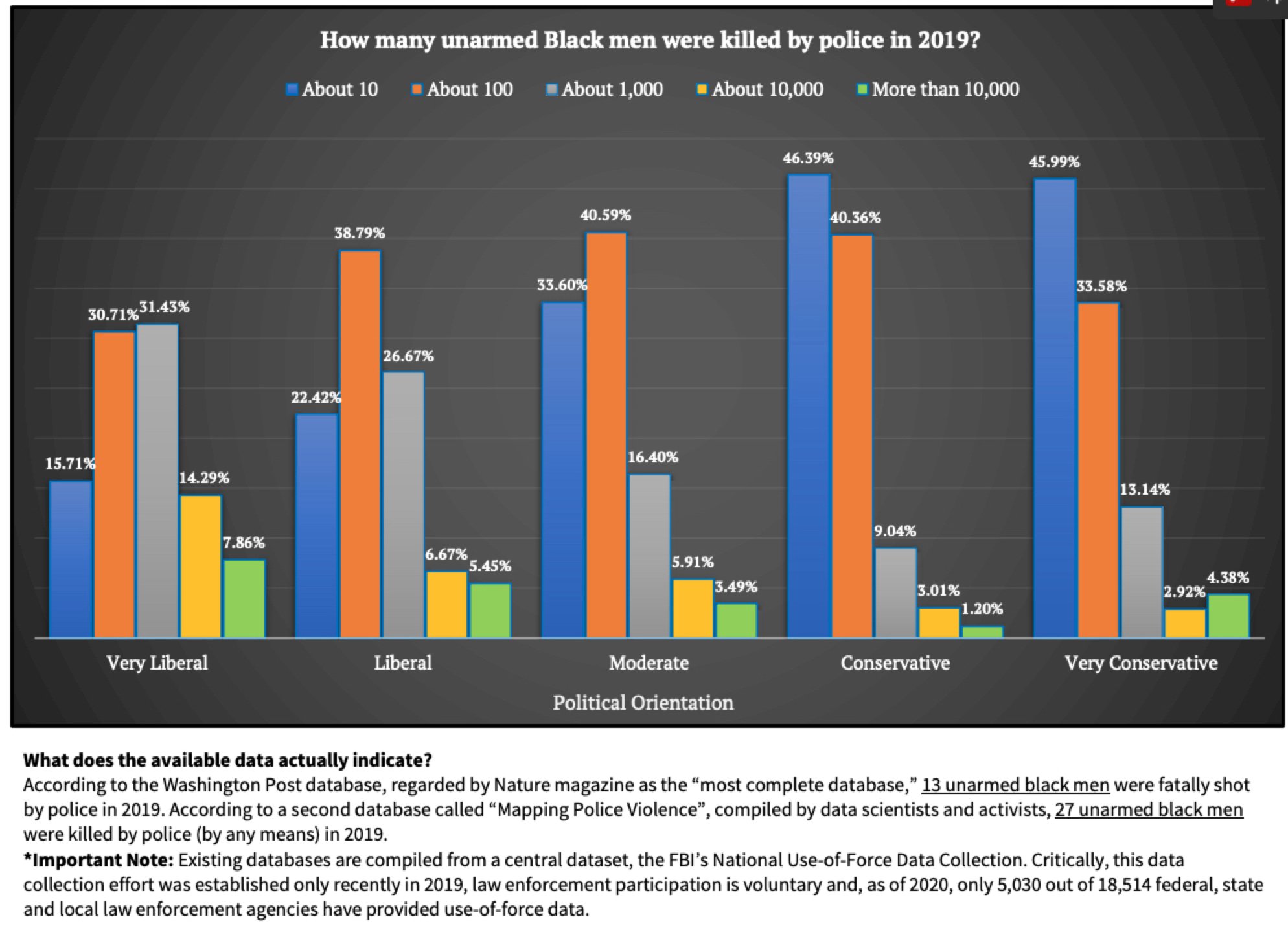 According to the Washington Post’s own database, the actual number of unarmed black men “fatally shot” in 2019 by police was thirteen (13).

According to the Mapping Police Violence database, which is put together by both data scientists and activists, twenty-seven (27) unarmed black men “were killed by police (by any means) in 2019.” 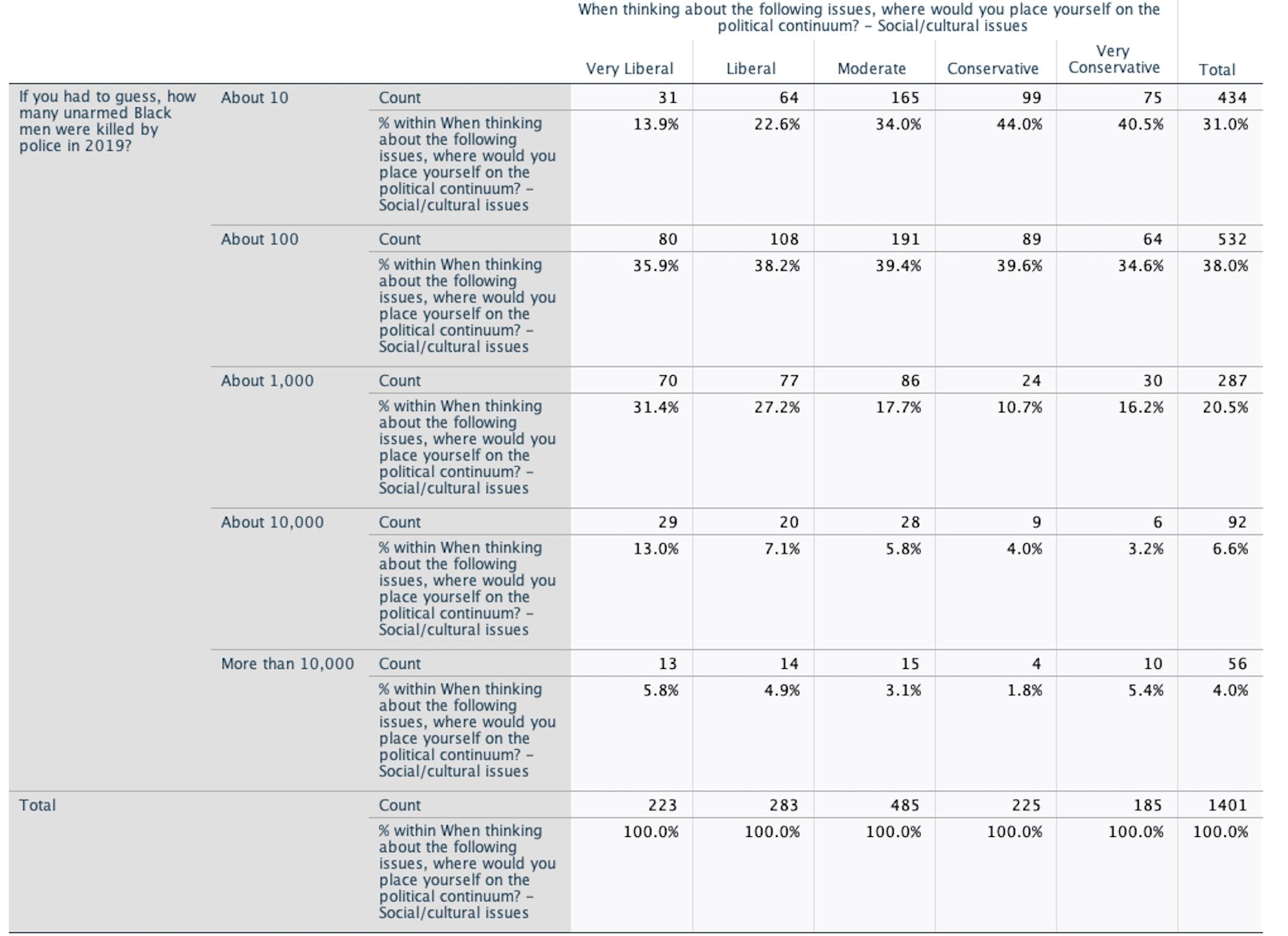 When asked further for an estimation of what percentage of people killed in 2019 by police officers were black, the average liberal respondent believed “a clear majority… were black.” In reality, the number was roughly a quarter (23.4 percent according to BBC News’ “Reality Check Team”). 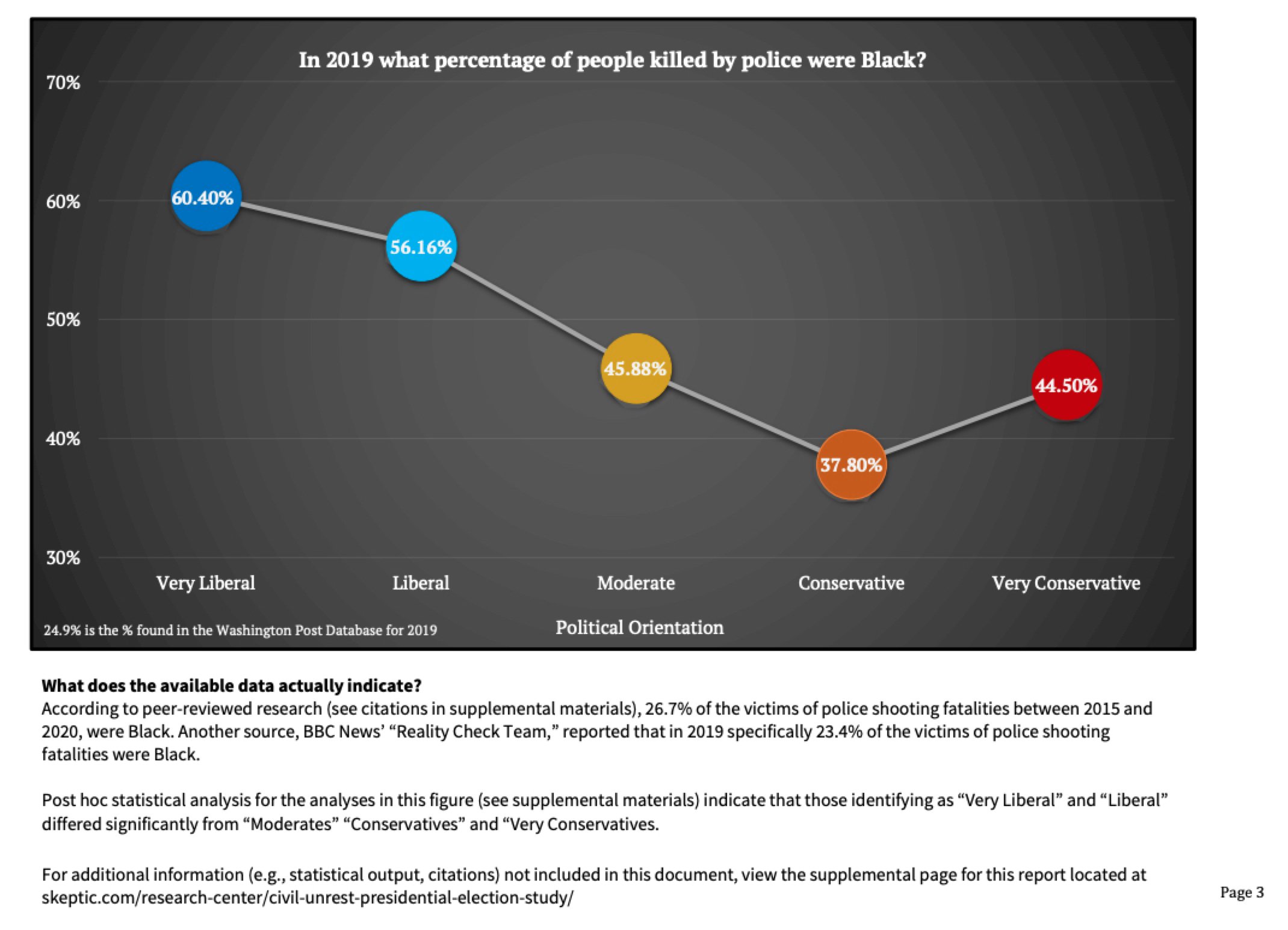 The often wild conspiracy theories emanating from the political left – and egged on by the corporate media – are rarely the subject of “Fact Checks” or social media trends, though they appear to occur far more frequently.