Kristian Andersen – the head of the Andersen Lab at Scripps Research Institute in California – told Dr. Fauci in late January 2020 that “unusual features” of the COVID-19 virus led him to believe it was “potentially engineered.”

The bombshell release from Dr. Fauci’s e-mails goes to disprove the political and media establishment’s claims that lab-leak or bio-weapon concerns were “conspiracy theories.”

In fact, Andersen is a government-funded scientists backed by Fauci’s own colleagues at the National Institutes for Health (NIH).

“On a phylogenetic tree the virus looks totally normal and the close clustering with bats suggest that bats serve as the reservoir. The unusual features of the virus make up a really small part of the genome (<0.1%) so one has to look really closely at all the sequences to see that some of the features (potentially) look engineered.” 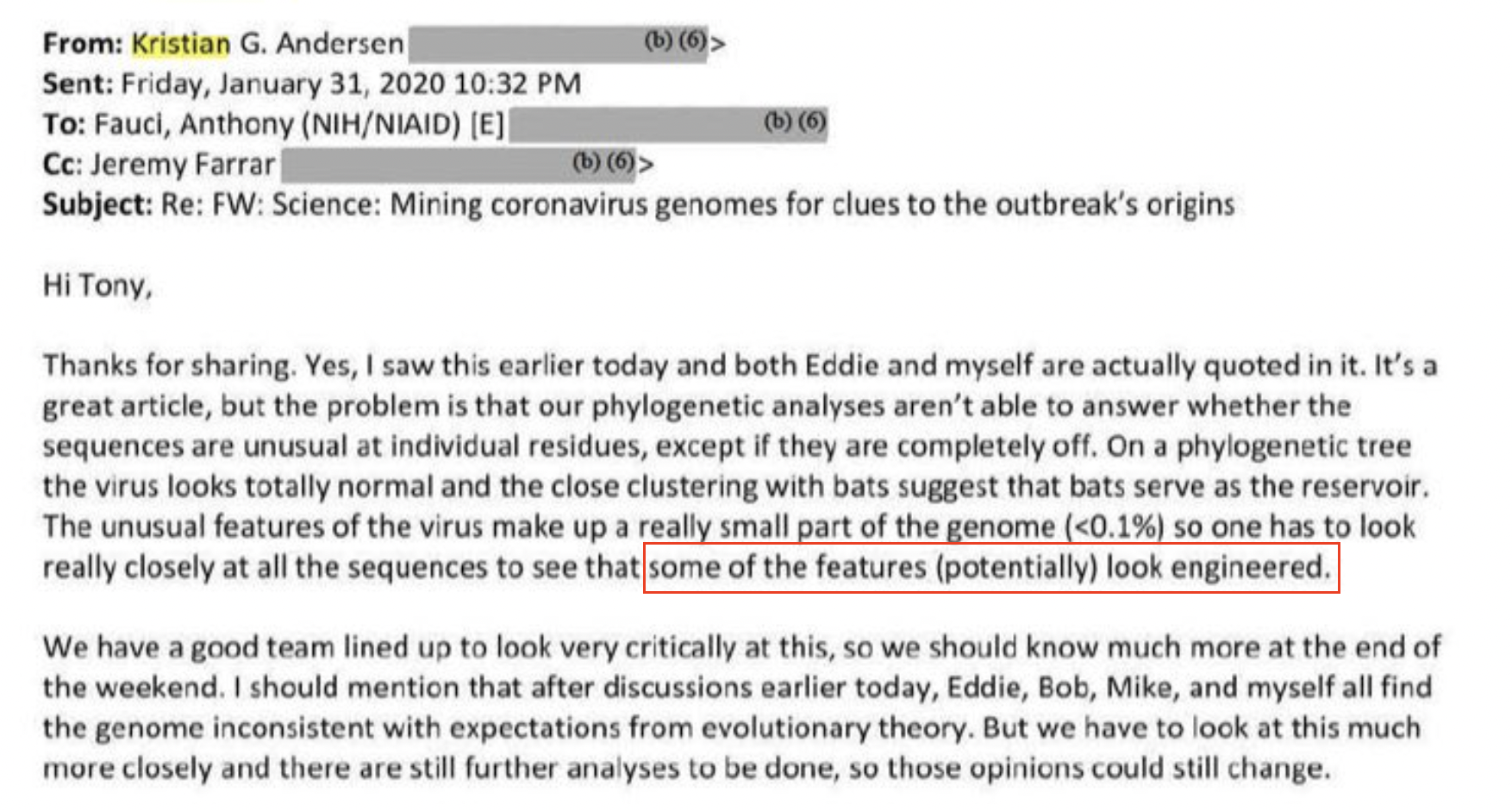 Shortly after sending the e-mail, Andersen changed his perspective and has gone to great lengths to distance himself from his original thesis.

Nonetheless, the e-mail proves that an engineered virus theory was at the heart of the U.S. government and scientific community right from the outset.

The news comes as The National Pulse can report that:

The e-mails also show that Fauci accepted that asymptomatic spread did not really exist:

Huh. Turns out the whole "asymptomatic spread" thing was a lie. Whodda thunk it? pic.twitter.com/Lx6vaRGhCM