WATCH: Fauci Claims to “Have No Idea” About His Own, Documented E-Mails with Mark Zuckerberg.

Dr. Anthony Fauci appears to have spun a new web of lies today while appearing on MSNBC, this time claiming he has “no idea” about the concerns expressed by U.S. Senator Marsha Blackburn about his communications with Facebook owner Mark Zuckerberg.

Zuckerberg – who funded a massive effort to artificially boost Democrat voting numbers at the 2020 election – was e-mailing with Fauci in mid March 2020. Now, Fauci claims to have “no idea” about these exchanges, despite also reaching out to Zuckerberg on the telephone during this period.

Following Senator Blackburn’s expression of concerns, Fauci appeared on MSNBC to attempt to knock down her comments.

“The point is, his focus, was on himself,” Blackburn said. “He was taking care of himself. He was running a PR campaign to craft a narrative that would protect him from criticism. And his job is to be protecting the American people from infectious diseases, and how unfortunate for the American people that he decided that he had dug this hole, typical of some of our bureaucrats, it was too deep to get out of; and so he was in cahoots with Mark Zuckerberg, Facebook, and big tech, in crafting a narrative that would make it look as if this is something that just happened.”

But unless he magically forgot a series of communications with Zuckerberg (as evidenced below) from March 2020, then Fauci just lied again.

What Senator Blackburn was talking about were the communications between Fauci and Zuckerberg beginning in March 2020.

In the e-mails, Zuckerberg extends his thanks to Fauci for the pandemic response. The Facebook CEO then goes onto explain how his firm would shortly be deploying a “Coronavirus Information Hub” to control the narrative around the pandemic. At the end of their initial communique, there is a redacted section of the e-mail which some claim is an offer from Zuckerberg to censor certain topics. Facebook indeed began this process shortly thereafter, beginning with protected Fauci and the Chinese Communist Party from allegations of “gain of function” experiments. They were recently forced to rescind this censorship as the lab leak theory continues to gain traction.

The redacted offer is referred to by Fauci aide Courtney Billet as “an even bigger deal” than the simple Coronavirus Information Hub.

Fauci then responds: “I will write to or call Mark and tell him that I am interested in doing this.” 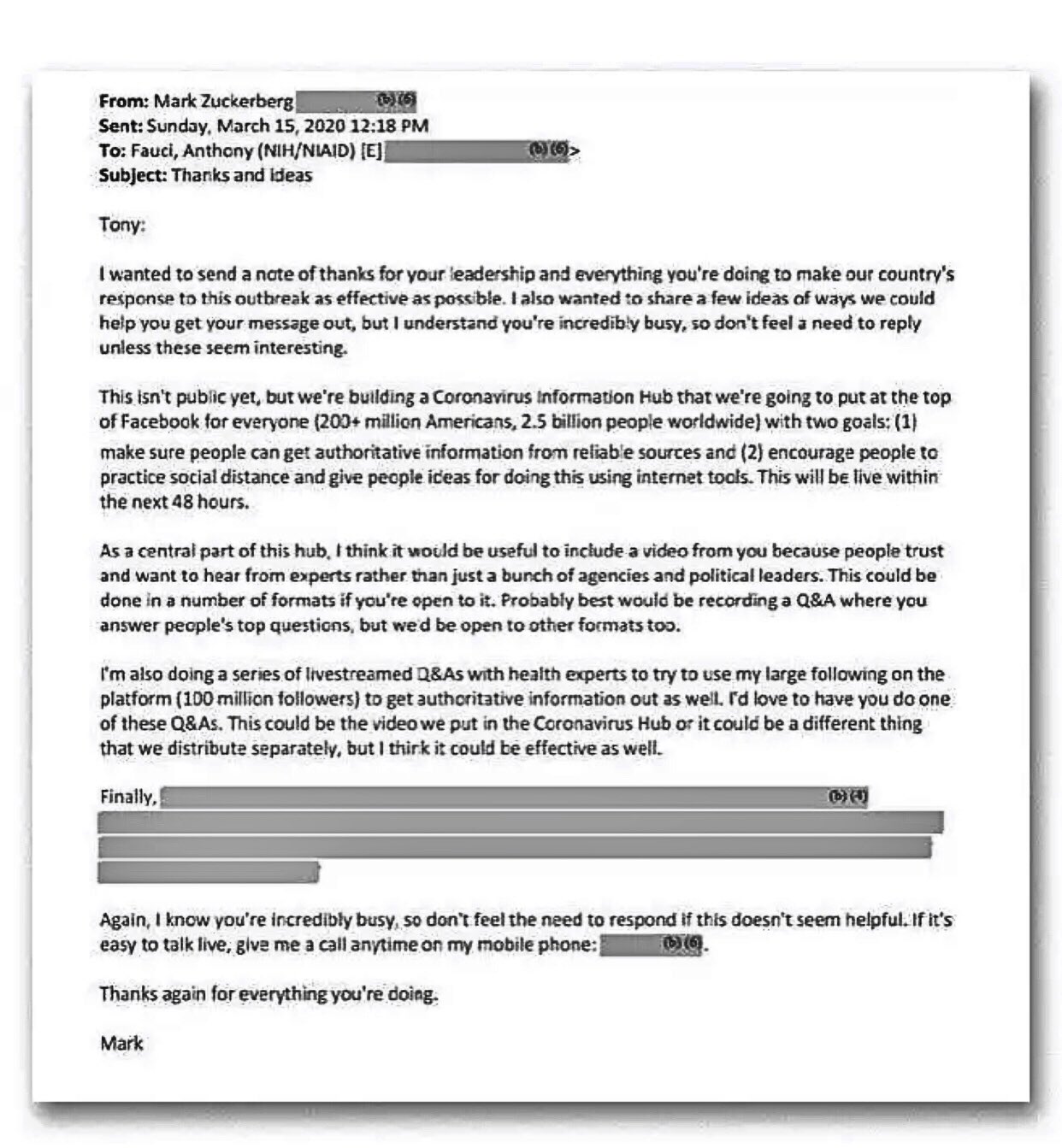 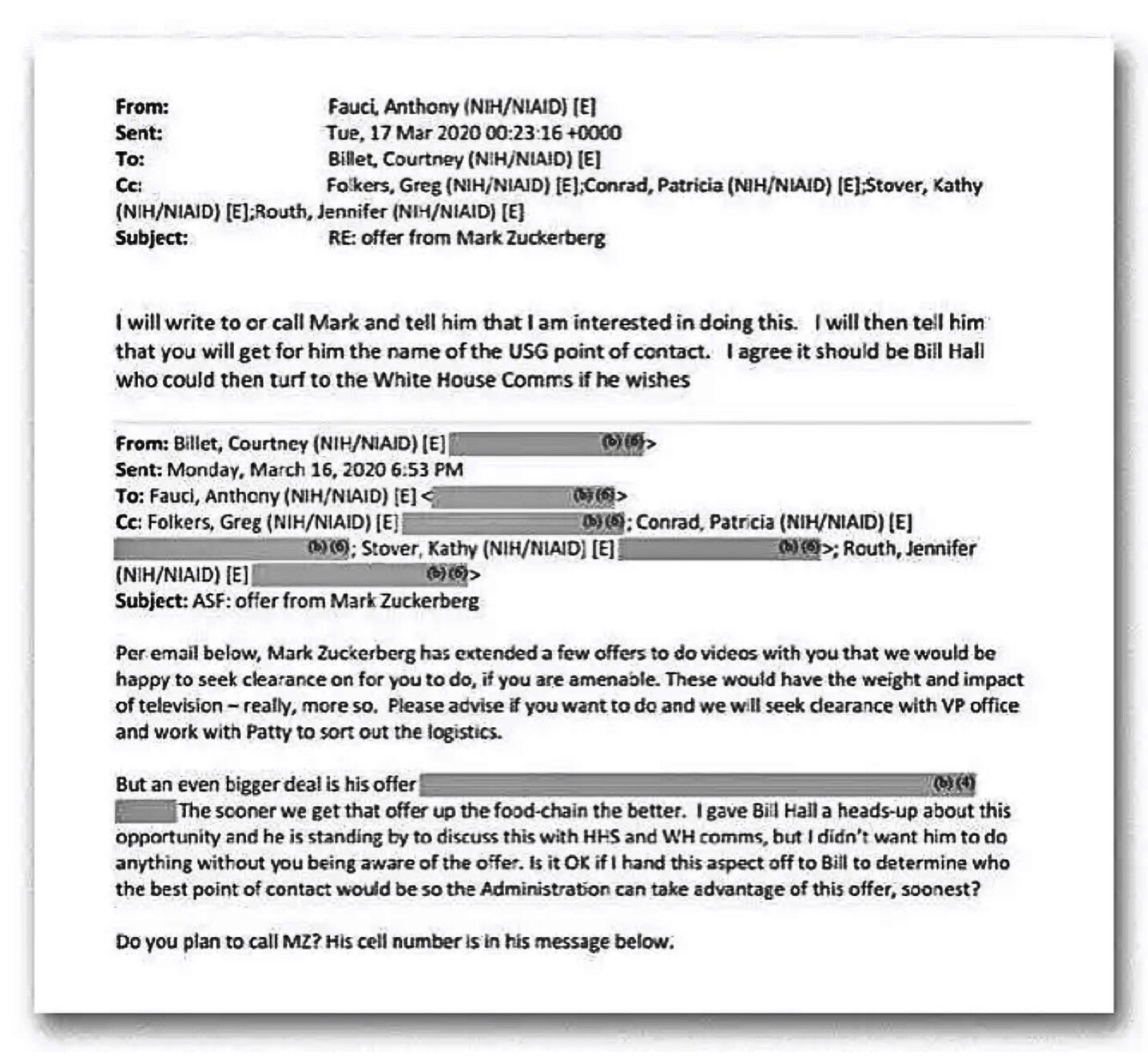