As the COVID “crisis” wanes, the media is directing our attention to the heavens in search of a higher power. An upcoming intelligence report on unexplained aerial phenomena, to be delivered to Congress on June 25, has UFO enthusiasts going crazy. In the absence of solid evidence, the imagination runs wild. We now have a beloved president-turned-celebrity fanning those flames—for reasons we can only speculate on.

In the old days, UFO cultists would flip through The Weekly World News for validation. Today, they read the New York Times.

As the news media fuel their expectations, I wonder how long it’ll be before one of these sects loses it completely.

Back in 1997, we saw 39 members of the Heaven’s Gate cult castrate themselves and commit mass suicide. They were convinced that a spacecraft hiding behind the Hale-Bopp comet would pick up their souls on its way to the stars.

Such tragedies only matter when they happen, though. Until then, public fantasies about super-intelligent beings with advanced technology can be harnessed for power, profit, or fun.

“We need to begin to prepare to accept and understand that we are not alone in the universe [and] have not been at all throughout this time.”

At the film’s conclusion, we learn that UFOs descended on Zimbabwe in 1994, where they stirred up religious zeal.

“They are saying that Jesus is passing through Africa,” a Zimbabwean man tells the camera, “That’s what they are saying.” This visitation culminates with creepy aliens landing on a playground to inform school children, telepathically, that technology is destroying our planet.

The scenario raises some thorny questions. Why didn’t these ET environmentalists contact oil tycoons or the logging companies instead of some kids in the middle of nowhere? If these aliens are smart enough for space travel, shouldn’t they have a better PR strategy? Then again, maybe they had something else in mind. The fact that these bug-eyed weirdos tried to lure the kids into their flying saucer is presented in the film without comment.

The narrator closes by saying, “We may be sharing this fragile blue-green oasis with an unknown other—one with a mysterious relationship to humanity, and its own interest in our world.”

As this imaginative space widens, Obama has come forward to spin the flying saucer narrative in a spiritual direction. During his May 17 appearance on The Late Show, band-leader Reggie Watts—who once quipped “Religion can only dream to do what science and art does every day”— asked the former president about “dem aliens” (or is it “Dem aliens”?). Obama’s response was enigmatic, but tantalizing:

“When it comes to aliens, there’s some things I can’t tell you on air. … What is true is that there’s footage and records of objects in the skies that we don’t know exactly what they are. We can’t explain how they moved, their trajectory.”

Two weeks later, he kept this saucer spinning on Ezra Klein’s New York Times podcast. When Klein asked how proof of alien visitors might change his politics, Obama began with the scientific worldview and arrived at religion:

“[M]y entire politics is premised on the fact that we are these tiny organisms on this little speck floating in the middle of space… There are more stars in the known universe than there are grains of sand on the planet Earth… But no doubt there would be immediate arguments about, like, well, you know—we need to spend a lot more money on weapons systems to defend ourselves, and those, you know, new religions would pop up.”

Obama is correct in all of this. But his use of the term “new religions” avoids mentioning two tax-exempt UFO cults that already exist: Scientology and the Nation of Islam.

These allied sects wield enormous influence over the entertainment industry and the black community, respectively. I imagine both reacted to Obama’s statements with a victorious cheer.

Many Americans are unaware of the Nation of Islam’s bizarre teaching that extraterrestrial vehicles are circling our planet, preparing to initiate the End Times. They don’t know that this heretical sect believes the white race is a mutant breed, created in a test tube 6,000 years ago by a mad African scientist named Yakub. Not that it matters much. Because the religious organization stands against “racism” and “oppression,” their wacky worldview barely diminishes their outsized influence in the United States—especially on the left.

Putting aside hysterical smears, Obama’s public relationship to the Nation of Islam comes down to a single long-concealed photo of the then-senator smiling beside Louis Farrakhan. However, Obama’s long-time spiritual adviser, the Rev. Jeremiah Wright, has given Farrakhan his cautious endorsement multiple times. “When Louis Farrakhan speaks,” Wright told his Chicago congregation in 2008, “black America listens. They don’t always agree with him, but they’re listening.”

In polite society, Farrakhan has been condemned as anti-Semitic, anti-white, and homophobic, as well as for various incitements to violence. But to my awareness, no public figure has confronted Farrakhan about his genocidal UFO doctrine.

As I listened to Obama talk about “new religions” inspired by ETs, the Nation of Islam’s belief in flying saucers—armed with precision weaponry—suddenly gained renewed significance. Would they hear the former president’s statements as a plea for intergalactic peace, or a cryptic call to arms against oppressive “white Devils”?

The latter is a real possibility.

Louis Farrakhan’s own spiritual teacher, Elijah Muhammad, preached elaborate theories about a giant “Mother Plane,” shaped like a wheel, whirling out beyond the Earth’s atmosphere. A document from the religious organization’s Department of Supreme Wisdom is explicit on the vehicle’s purpose:

“The Mother Plane [was] made of the finest steel in Asia… on the Island of Nippon (Japan) in 1929. … Black, Brown, Red and Yellow scientists built the Mother Plane. … The Blackmen who pilot these small planes have been taught from the age of six that they are to do a special job. These pilots can hit any spot in America, blindfolded, as the Devil will soon see…

“The Great Mystery Babylon (America) will perish in the flames of fire. Allah will even cause the atoms which we breathe to ignite along with the atmosphere.”

This doctrine has only become more entrenched over the years.

In the lead-up to the June 25 intelligence report, the Nation of Islam’s official newspaper The Final Call—based in Chicago—is steadily releasing Farrakhan’s lectures on the Mother Plane to the sect’s 50,000 adherents.

In one talk, published June 1, the reverend asks: “But how are these Wheels able to destroy America?” He goes on to explain (as it appears in the transcript): “[Allah] told me that He [will] make one trip across America, and America would be all but finished off.”

In the context of these prophecies and Louis Farrakhan’s “white Devil” tropes, we can assume that the Mother Plane is expected to target a specific segment of the American population for annihilation. It’s tempting to laugh this off, but when you consider that the only person to launch a lethal attack the Capitol Green Zone was an honored Nation of Islam adherent, it’s obvious our ruling class needs to get their priorities straight.

The cosmos is full of mystery, and it’s easy to let your imagination run away with you. With that in mind, I’m not saying that Obama endorses Farrakhan’s genocidal prophesies, or that he went on The Late Show to send dogwhistles to religious fanatics. But if Trump was willing to condemn neo-Nazis in the aftermath of Charlottesville, why isn’t Obama calling out the UFO death cult in his own backyard? 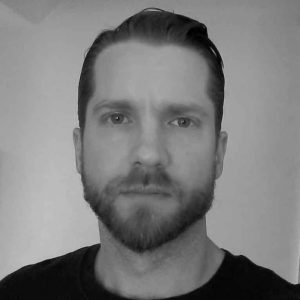