Two of the women Messner highlights at the end of her book History Smashers: Women’s Right to Vote, are DeJuana Thompson, founder of Woke Vote, and LaTosha Brown, of the Black Voters Matter Fund.

Are your local representatives in DC speaking out publicly against white-supremacists and denouncing Trump's support of them? If not, CALL.

Another woke politician Messner celebrates in the women’s suffrage book is Stacey Abrams.

“In Georgia, Stacey Abrams launched a voting rights organization called Fair Fight Action after she ran for governor in a controversial 2018 race. Some people challenged her white male opponent’s win, partly because of a large number of uncounted votes in Black communities.”

As The National Pulse revealed in April, Abrams serves on the board of the Center for American Progress (CAP), which has “collaborated extensively” with the Chinese Communist Party (CCP).

Messner includes many other Marxist politicians at the end of this book, including “Squad” members Rashida Tlaib and Ilhan Omar. Her book closes with a quote from Alexandra Ocasio-Cortez, who continues to spread misinformation about January 6th. 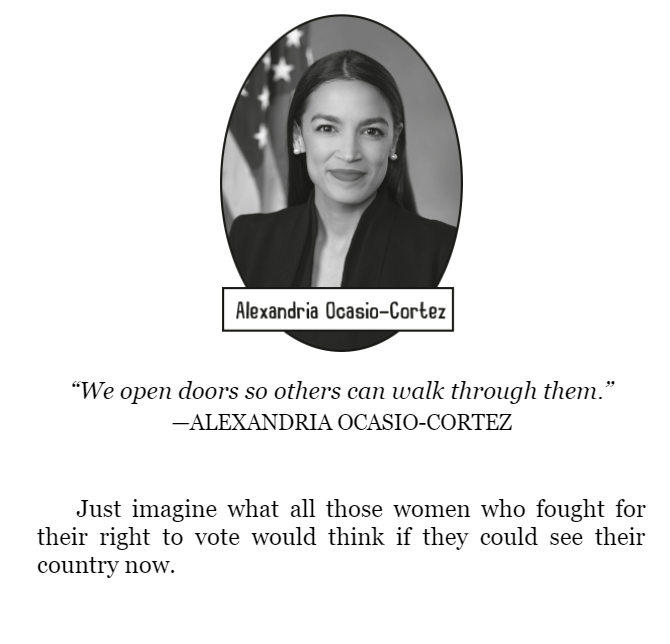 Another of Messner’s children’s books pushing the critical race theory view of American history is The Next President.

In one of the first pages, Messner explains of John Adams: “[he] was known for having a short temper and getting into arguments. He was the only one of the first five presidents who didn’t enslave people.”

Messner continues to look at the first five presidents through the lens of slavery.

“Thomas Jefferson… had written the Declaration of Independence, which includes the words ‘all men are created equal’—even though Jefferson enslaved hundreds of people on his Virginia plantation,” Messner moans.

Jefferson’s monumental historical achievement is only referenced to make him look like a racist hypocrite.

At the end of her book, Messner claims: “The truth is America’s earliest presidents weren’t all that different from one another. Most were wealthy, white, Protestant men who might have been surprised if they’d been around to see a Catholic or an African American man elected president… or a woman nominated by a major party for the highest office in the land.”

The illustration behind this paragraph is a picture gallery, with three portraits hanging on the walls: JFK, Barack Obama, and Hillary Clinton, who had lost the election by the time the book was published.

And Messner has always trusted the corporate media.

In a 2017 article, she provided a chart from a 2014 Pew Research Center poll which claimed to rank news sources from most trusted to least trusted. Messner advised this as a standard for “reliable and reasonable” news to share on social media. The chart cites NBC, CNN, NPR, and Google News at or toward the top. It lists conservative voices such as Rush Limbaugh below the Qatari government-run propaganda outlet Al Jazeera America. 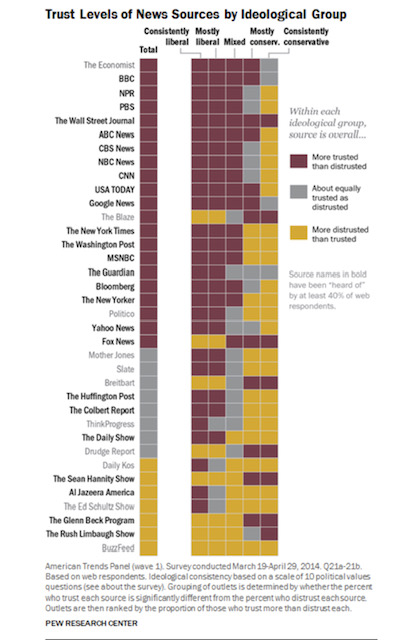 This past year and a half, during the COVID-19 pandemic, Messner has publicly endorsed misinformation.

She has promoted vaccines for children, and wrote in a March 2021 article of Mr. Fauci, “I realized his story was one that would inspire young readers and scientists.” In the same article, she made a comparison which characterized everyone worried about the COVID-19 vaccine as conspiracy theorists.

“Even Edward Jenner had to deal with anti-vaxxers,” she wrote. “They warned that his smallpox vaccine, which was derived from cowpox, might cause people to grow horns and hooves!” 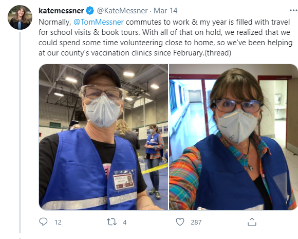 “Being vaccinated sort of makes you a disease-fighting superhero,” she claimed.