Good news on the cultural front is rare in 2020s America, so we should gleefully celebrate recent updates from the Census Bureau about the resurgence of two-parent families raising children.

A half-century ago, nearly 90 percent of American children lived with both married parents, but that number cratered from the 1960s onward. The number of children living with a divorced or never-married single parent tripled from only nine percent in 1960 to 28 percent in 2005.

But, suddenly the tide turns.

For the first time since the 1980s, over 70 percent of American kids live with both married parents again. The trend is too small and too new to claim victory, to be sure.

Nonetheless, it represents a positive and very welcome return to traditional structure.

The question from here, how do we strengthen and stabilize those families?

In a society that increasingly promotes toxic cultural rot, enabled by big business and its toady allies in the federal government, private institutions must flourish or the torch of Western Civilization will extinguish. No institution matters more than the family, and we need policies that will, once again, empower families to thrive.

Specifically, what is the agenda to return to an America where a family can comfortably exist on one income?

Before delving into the policy details, note that this goal is not some peculiar, unpopular wish of only religious traditionalists. In fact, studies widely support the notion that most Americans do not welcome the present structure of both parents working full time.

A Gallup poll found that the majority of women with children under 18 want to stay home with their children rather than work. Even among women without children, the same survey reported that 39 percent of women prefer to be homemakers rather than working outside the home.

An earlier Forbes poll revealed that a stunning 84 percent of mothers identified the financial security to stay home with children as a goal. In that survey, one-third of working women expressed resentment toward their partner for not earning enough to make that aspiration a reality.

A more recent research study from American Compass found the goal of traditional family structure to be especially pronounced among working-class citizens, with 71 percent of them stating that they do not want both parents working full time. 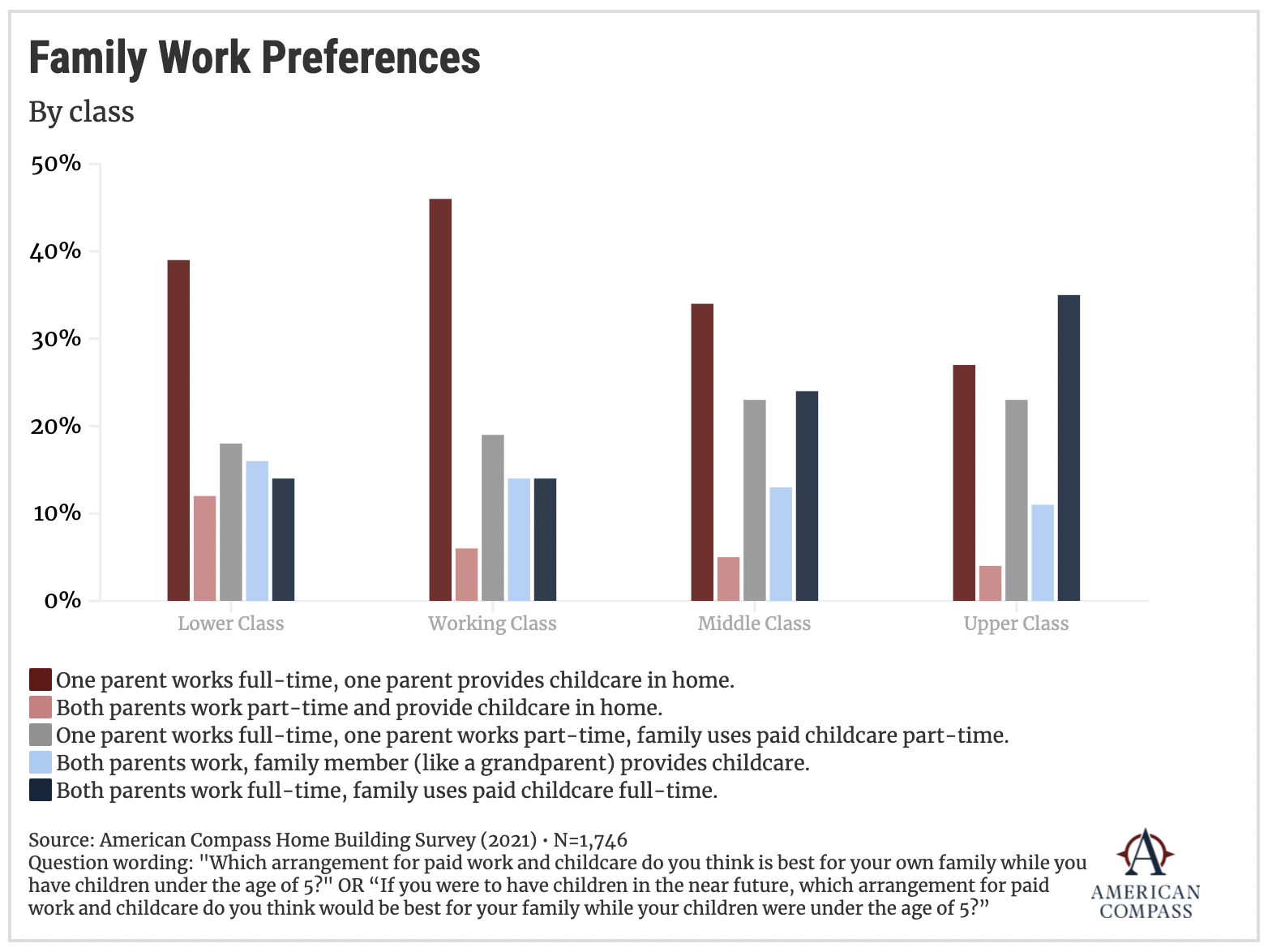 Whichever movement and candidates present the workable roadmap to meet this goal will dominate American politics for decades.

So, here are the four steps to empower families to live on one income again:

GK Chesterton observed that “the most extraordinary thing in the world is an ordinary man and an ordinary woman and their ordinary children.”

If we pursue the right mix of populist economic nationalism, the America First movement can pave the way for stronger “extraordinary” American families thriving on one income.