One of the accomplishments of Donald Trump, among many, was that he “red pilled” many Americans on the issue of China, from unfair trade practices to the outright theft of intellectual property. If you were to ask most in the America First base what the top three or four issues are for them, behind election integrity and immigration, China is one of those top issues.

Which makes it even more important going into the 2022 elections, especially in primaries, that an America First candidate who is consistent across the board on all issues wins the GOP nomination, which brings us to Arizona and the Republican primary for US Senate.

It was already going to be one of the top pick up opportunities for Republicans in 2022, and in the wake of the Virginia elections, Larry Sabato shifted the Arizona seat, currently held by Democrat Mark Kelly, from Likely Democrat to Toss Up.

Because of the critical nature of the race, the GOP primary has now taken on even more importance, which leads to one of the men currently in the race, Jim Lamon.

As a declared candidate for the U.S. Senate seat in Arizona, Lamon has claimed that he will put America First and stand up to Communist China. But when it comes to his business practices, he clearly has no intention of putting his money where his mouth is.

Lamon has said that he will “defeat the Communist Party,” and that as a Senator, he will see to it “that goods coming into the U.S. are not made with cheap slave labor, unfettered environmental pollution, and unsafe working conditions.” He has even claimed that his own company, Depcom Power, focuses on buying “American First.”

“We don’t buy Chinese products,” Lamon said in May of 2021. But the records tell a different story.

Yet as recently as October of 2020, Depcom had imported several million kilograms of solar supplies from a Chinese company called HT Solar; accounting for just over three-fourths of all trade with Depcom. HT Solar is far and away Depcom’s largest trading partner. It is a subsidiary of HT-SAAE, which is entirely owned and operated by the Communist Chinese government, operating under the China Aerospace Science Technology Corporation (CASC), a government-owned enterprise that was first established in 1956.

In addition to exporting solar power supplies to international buyers such as Depcom, CASC specializes in the manufacturing of ballistic missiles, precision-guided bombs, and other large-scale weaponry. CASC’s marketing arm for missile technology is the China Precision Machinery Import and Export Corporation (CPMIEC).

CPMIEC is currently under sanction by the U.S. government, forbidding all American citizens from doing business with them, after it was discovered that CPMIEC had been exporting ballistic missile technology to Iran and Pakistan. The broader umbrella of CASC was also the subject of sanctions during the Trump Administration, after President Trump determined that it had deep ties to the Chinese military.

On Lamon’s watch, Depcom has even taken legal action against several Chinese companies when it felt it was not provided with supplies that it was owed by such companies. Depcom filed a lawsuit in 2019 against Sunergy California LLC, a California-based subsidiary of China Sunergy Co., which is headquartered in Nanjing. Depcom ultimately reached a court judgment of $3.7 million, which was subsequently disputed; while the ruling was on appeal, Sunergy filed for bankruptcy in 2021.

But Lamon’s business dealings with China do not end there. Depcom has also done business with multiple Chinese companies that benefit from slave labor by Uighur Muslims in China’s Xinjiang region.

One example is Longi Green Energy Technology, one of several companies that is known to receive supplies from Daqo New Energy Group, which has been documented as profiting off of slave labor by Xinjiang’s Uighurs. In addition to the human rights violations, Longi has direct ties to the Xinjiang Communist Party’s paramilitary wing, the XPCC.

Depcom was also directly involved in the construction of the Pawpaw solar plant in Georgia in 2015, a facility that utilizes over 137,000 solar modules acquired from Trina Solar. Trina is yet another Chinese company with ties to the XPCC and slave labor in Xinjiang. In another similar deal, Depcom was behind the construction ofthe 40MW Boise Solar Farm in Idaho in 2016. The Boise facility was provided with over 175,000 solar modules from Jinko Solar, a Chinese company that, like Trina and Longi, is connected to the XPCC and Uighur slave labor.

With all of Lamon’s Chinese dealings over the years, it is no surprise that Lamon was openly critical of both President Trump’s tariffs against China and his skepticism of “green energy” alternatives. Lamon was prominently featured in a Time Magazine article in 2018 in which he lamented President Trump’s cracking down on trade with China, and admitted to lobbying the Trump Administration to rethink its approach to solar power and trade with China.

Lamon’s track record has indeed been consistent on this issue, as in consistently in the complete opposite direction of an America First agenda. His words on China and America First ring hollow after years of business deals with numerous Chinese companies, and quite frankly, his frequent vigorous defense of such transactions. Hopefully the Republican voters in Arizona become more acquainted with Lamon’s actions before voting in the 2022 primary. 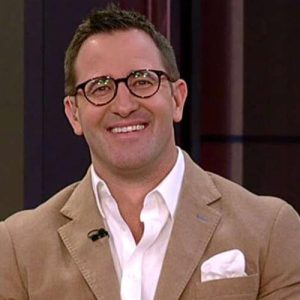 Ned Ryun is the founder and president of American Majority, a political training institution. You can follow him on Twitter @nedryun. He is also the author of multiple books.