BELL: Now It’s Time to Stop Employers Forcing the Vaccines on Their Staff.

States are banning public entities from implementing vaccine mandates, but that doesn’t stop employers from requiring the vaccine for their own workforces.

Many conservative states have now banned public entities from mandating the COVID-19 vaccines. This is a step in the right direction, but doesn’t go nearly far enough. Private employers, as well as state and local governments, are still free to impose vaccination requirements on employees. This also must stop.

In late November, Willis Towers Watson surveyed 543 large companies whose workforces total 5.2 million employees. They found that 57 percent of employers plan to mandate or already have mandated the COVID-19 vaccines. Many of those employers made their final decision conditional on the OSHA Emergency Temporary Standard (ETS) taking effect. After the Supreme Court struck down the OSHA mandate, the percentage of employers planning to mandate the vaccines dropped to 25 percent.

While this is good news, we should remember 25 percent of the U.S. private sector workforce is almost 32 million people. A majority of this population is already vaccinated, there can be no doubt that millions of others are not.

The Kaiser Family Foundation released a poll in October 2021 that found 5 percent of unvaccinated workers had already quit their jobs due to a vaccine mandate, and that 72 percent would quit if their employer instituted one. Once again, this works out to millions of people.

When you get beyond the percentages and consider the enormous raw numbers they conceal, it raises a simple question: are we willing, as a nation, to risk putting millions of Americans out of work at one stroke?

Some states have already answered that question with a resounding “no.”

Tennessee and Montana have passed legislation to ban all employer mandates. Other states, including Florida, Texas, Iowa, Utah, Alabama, Kansas, North Dakota, and West Virginia, either through executive order or legislation, require employers to accept employee requests for exemptions—normally medical or religious—from a COVID-19 vaccine mandate.

Ideally, one should be able to refuse a vaccine without offering a reason, but the right to privacy appears overlooked. However, beggars cannot be choosers, and both approaches accomplish the same purpose – allowing unvaccinated workers to stay on the job. Still, that is a paltry number of states, considering there are 28 Republican governors and 23 states with both a Republican governor and Republican legislatures.

Some, like Arizona, are trying to have it both ways. Governor Doug Ducey (R) signed a bill requiring employers provide a “reasonable accommodation” for employees who seek a religious exemption from the vaccine, as long as it does not cause the business “undue hardship.” This language exactly mirrors Title VII of the Civil Rights Act, which means Ducey’s bill does not add any new protection for workers that do not already exist under federal law. This is inadequate and equivocating – an effort to get credit for doing nothing. Utah’s bill is similarly weak because it allows employers to fire employees with exemptions if they are unable to reassign them.

Title VII protections for people of faith is probably what is keeping companies from letting more people go. Anyone fired for not taking the vaccine and who has expressly cited their religion as the reason for not doing so can file a complaint with the Equal Employment Opportunity Commission (EEOC) citing religious discrimination.

With so many Republican states failing to rise to the occasion, Congress must step into the void. Republican lawmakers should introduce a bill that mirrors those of Tennessee and Montana, or at least one requiring employers to recognize an exemption for any reason. Under the latter option, Florida, Iowa, and Kansas’ bills should be the model because they do not allow employers to vet the legitimacy of exemptions requested. All must be honored.

Marjorie Taylor Greene’s HR 2317, the We Will Not Comply Act, introduced in August of 2021, also provides a good template. It seeks to extend protections from Title II of the Civil Rights Act, which forbids discrimination in public places based on race, color, religion, and national origin, to those unvaccinated from COVID-19.

The effects of HR 2317, if passed, would mean city and state-wide mandates that require proof of vaccination in order to enter bars, restaurants, and venues would be null and void. However, HR 2317 would not affect employer mandates from employers, cities, or states. It is Title VII of the Civil Rights Act would have to be amended to accomplish that, as that is the part of the statute that deals with employment law. Replace Title II with Title VII in HR 2317, and employer and city-wide mandates are no more.

Still better, a bill might ban businesses from inquiring into employees’ vaccine status at all. That way, internal promotions, in addition to new hires, would also be unaffected by vaccine status. If the “scarlet letter” of vaccine status is invisible too, they cannot discriminate on that basis. Opponents will surely argue employers will need to know status for safety purposes, but now that the vaccinated spread the virus too, that argument falls flat.

This approach also has the additional advantage of not putting employers in the position – even nominally – of vetting religious exemption requests, which gives the profoundly un-American impression of religious subordination to secular authority. And for those who say a bill like this will not pass for another three years, its introduction and advocacy would send a clear signal that Republicans will not sacrifice a single job to the left’s fear-mongering and misinformation. The same goes for those with doubts as to constitutionality. Force the Supreme Court’s hand. Even if overturned, the publicity will shift public opinion favorably.

The Supreme Court’s reversal of the OSHA ETS is only one small victory. The current administration may try rule-making in another federal agency to force vaccination. Regardless, nothing prevents cities like New York and employers from imposing their own mandates.

People’s livelihoods are at stake. New York City in December of 2021 became the first city in the United States to implement a city-wide worker mandate, covering anyone who comes into contact with a single person as part of their job. Will other cities or even states follow suit? As the Watson survey indicates, it may not matter – numerous employers are more than happy to impose mandates on their own workforce without any governmental pressure at all. 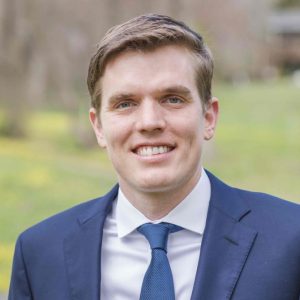 Nick Bell served as deputy director at the Center for Faith and Opportunity Initiatives at the Department of Education during the Trump administration.