Will that hefty Trump endorsement come on time?

It would be difficult to find mainland U.S. Congressional districts much further away from each other than Washington’s 3rd District, in the far Southwest Corner of the state and Florida’s 7th District, which hugs Florida’s East Central Coast. But the swamp reaches everywhere in America, and these two districts are now inextricably linked by the shady tactics of the GOP establishment, working to defeat conservative candidates on behalf of Kevin McCarthy, alongside pro-impeachment forces and a compliant herd of RINOs they control.

McCarthy – a failed leader and an expert at talking out of both sides of his mouth – claims to be outraged about the deep state’s war against Trump and the conservative grassroots while he simultaneously works in the shadows to direct millions of dollars to anti-Trump, establishment candidates like those opposing Green Beret Joe Kent and Florida State Representative Anthony Sabatini.

Kent triumphed despite millions of dollars of establishment money being spent to defeat him. The night he took the lead for good in the GOP primary, Kent appeared on Tucker Carlson’s show, renewing his call for a fundamental reining in of the deep state and intelligence agencies that had just conspired to raid Mar a Lago, the curbing of which he had made a centerpiece of his congressional campaign.

Even as the vote was still being counted, Kent sounded the alarm on Twitter about the same cast of characters that spent more than $4 million in dark money attempting to defeat him now targeting Sabatini, another grassroots conservative favorite who is currently leading the race in Florida’s open seat 7th Congressional district (August 23rd primary).

“The left uses dark money to seize the levers of power,” he tweeted in response to the news that a mysterious dark money firm, with the same financial backers and structure that had targeted him, was going after his friend and political ally. “Look at Soros Zuck etc. The right uses dark money against candidates who want to fight back against the left. Send @anthonysabatini whatever support you can. They are coming for him because he’s fighting for us.”

Send @AnthonySabatini whatever support you can, they are coming for him because he’s fighting for us. https://t.co/29YtkVWoZK

Kent’s victory was indeed remarkable. David Wasserman of the Cook Political Report, widely considered the nation’s leading guru on redistricting and elections, described Herrera-Beutler early in the campaign as a lock to make it to the general election.  Thanks to Trump and a grassroots push, she failed.

Sabatini, the latest target of the establishment’s ire, is a strongly pro-Trump and pro-DeSantis America First candidate and military veteran who, like Kent, has crusaded against the nation-building wars that the GOP establishment and Democrats combine on to fleece American taxpayers. He’s been the strongest and most outspoken voice in the Florida legislature on everything from critical race theory (CRT) to immigration and has been described as the most pro-Trump member of the Florida legislature.

Sabatini has led in the public polling in the race, and the money (more than $600,000 so far, with doubtless more to come) has been timed, as it was with Kent, so that the donors do not need to disclose their names until after the primary election. Sabatini is hoping that the grassroots energy that has powered his campaign will provide him with sufficient funding to hold on against the onslaught.

In a brief interview, Sabatini encouraged patriotic conservatives to “raise the volume” of their protests against the establishment, claiming that “sunlight is the best disinfectant” and to make sure they let their friends in Florida’s 7th district know the national importance of the race.

“The war within the Republican party now determines what the GOP will do in the future, and the establishment is hiding in the shadows and playing every dirty trick in the book. The real fight is in the primary.”

Sabatini is cautiously optimistic for a late Trump endorsement (it helps that he leads in the polls and counts Trump stalwarts like Marjorie Taylor Greene and Matt Gaetz in his corner). Florida political operatives are confident this would put him over the top—but Trump’s attention has to this point been focused on going after explicitly pro-impeachment representatives and other major Trump critics, while Sabatini’s top opponents are ciphers with no record to stand on.

“The Republican establishment wants 22 to be a referendum against America 1st.  They want controlled, weak Republicans who vote as they are told.” said Joe Kent in a tweet thread late in the primary campaign.

The Republican establishment wants 22’ to be a referendum against America 1st, they want controlled weak republicans who vote as they are told.

In the last week 2.5 million has been spent against me b/c I’m leading in the polls & Beutler might not make the top 2.

Happily those efforts failed in Washington’s 3rd Congressional district.  If grassroots GOP voters stay vigilant, they will fail in Florida as well. 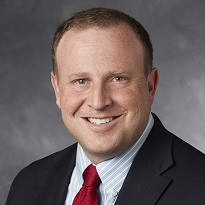 Jeremy Carl is a Senior Fellow at the Claremont Institute, where his primary focus is on immigration, multiculturalism, and nationalism in America.