Not the first time the New York Times has peddled Communist propaganda.

The New York Times has published a fawning article about the fashion choices of Chinese Communist tyrants including President Xi Jinping, posting to its social media account in the early hours of Wednesday morning about how “cool” the “look” is.

Article author Joy Dong – who The National Pulse understands is a former employee of the Chinese Communist state propaganda outfit Phoenix TV – begins her piece: “A dull blue jacket, oversize trousers, a Communist Party member pin adding a splash of red on the chest, a small briefcase in hand. It’s the typical dress of the typical Chinese official, and has long been the very opposite of the look that many young Chinese strive for. But now the cadre look is cool.”

The Times’s social media feed echoed her comments at 5:45am: 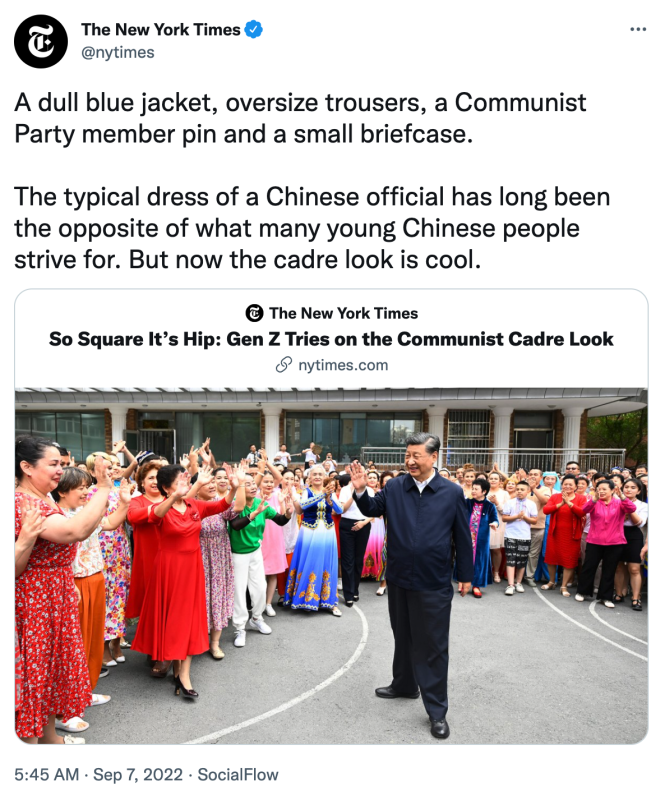 The paragon of this determinedly dull look is China’s top leader, Xi Jinping. He is highly likely to win another five years in power in October, when about 2,300 delegates gather for a Communist Party congress in Beijing. Many of those officials will be wearing Western-style suits and ties for that special occasion. Back at the office, though, countless officials now sport the dark blue wind jacket favored by Mr. Xi.

This incident of peddling overt Chinese Communist propaganda is not a first for the New York Times, which has taken a bizarrely hard-line pro-communist position on Hong Kong.

The New York Times is one of several Western news organizations that takes part in a “Marxist journalism school” in collaboration with the Chinese Communist Party, also first revealed by The National Pulse. Other outlets sponsoring “Marxist journalism” in China include CNN; the Financial Times; Reuters; and Bloomberg.

The Pulse also revealed in April 2021 how a number of Chinese Communist Party-linked groups – including the regime’s Ministry of Foreign Affairs – have subsidized trips to China for American journalists in an effort to “enhance” their understanding of U.S.-China relations since the 1990s.

Participants came from The New York Times, the Washington Post, National Public Radio (NPR), CNN, Reuters, POLITICO, and more. The trips were supposed to elicit “favorable coverage” of the Communist Party in Western media. Which by the looks of today’s latest New York Times piece, they are currently reaping.

As regards Dong, her Twitter feed is littered with totalitarian, communist messaging, including asserting that a woman’s womb “belong[s] to the party and state,” as well as communist hammer and sickle imagery next to a robot and the words “AMAZING PARTY.” 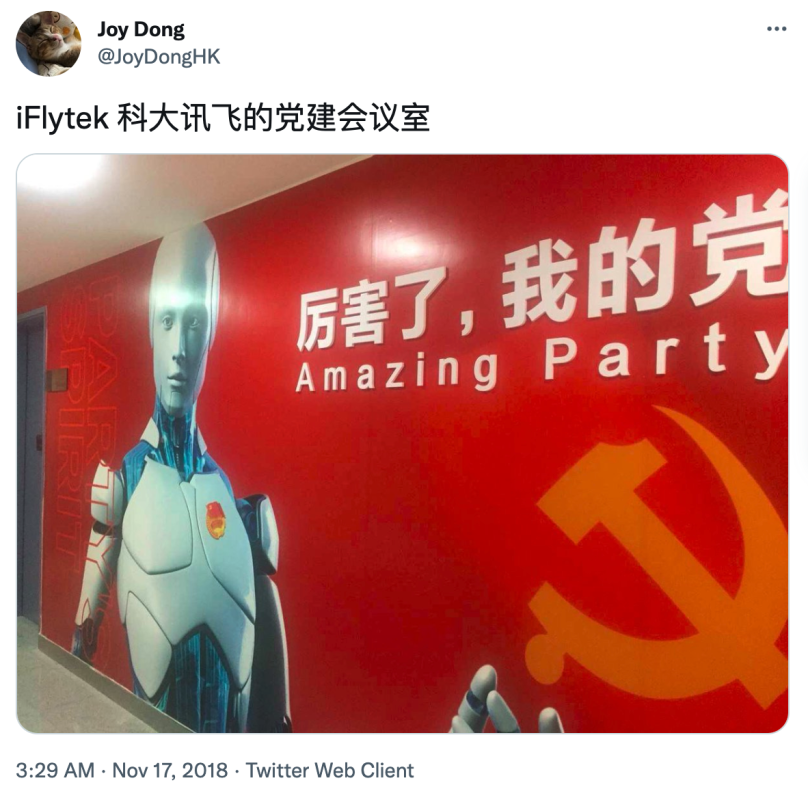 Support our work to ensure more investigations like this.