Trump's endorsement success rate is over 90 percent this year. No one else can deliver such results, despite what the media wants you to fight each other over.

The cable news experts keep repeating their new mantra of division, claiming Florida Governor Ron DeSantis is now set up to take out President Trump for 2024. Consider where this information is coming from and what their motivations might be, before you buy into it in the slightest.

If Governor DeSantis does in fact wants to be president some day, he should be willing to express his gratitude to President Trump for getting him over the line in 2018. Instead, many DeSantis backers are echoing the sentiments of CNN this week. It’s an unnecessary distraction.

The Make America Great Again movement needs a long line of successors to Trump. DeSantis could absolutely be one if he can just be patient. But to try and crown him king of the GOP one day after several of his endorsed candidates lost (and where Trump won 219 out of 235 endorsements) doesn’t really work in America First’s favor.

In potential 2024 presidential polling, DeSantis polls at just 10 percent compared to Trump’s 70+ percent. In brief: that dude was born on third base and he thinks he hit himself a triple.

Nothing that happened this week makes DeSantis – who rightfully enjoyed a large victory in my home state, in large part due to the massive inward migration of MAGA Republicans, and in a slightly lesser part due to his laughably hopeless opponent Charlie Crist – the king of the America First movement.

As we begin to get some perspective after the risible “red trickle” falsehoods peddled over Tuesday night, people have begun to realize this midterm election went about as well as any of us had believed.

Not only did President Trump win 219 of his 235 endorsed races (that’s a 93 percent success rate at last count), but the Democrats just guaranteed themselves Joe Biden as their nominee for 2024.

In their zeal to create a “no red wave” narrative, they gave Beijing Joe credit for the disjointed, apoplectic, panicked messaging of abortion and the death of democracy. They have backed themselves into a Biden 2024 corner that is going to be long, arduous, and ultimately, defeated.

MAGA Republicans should also remember that they also do not simply fight the corporate media, the left, and the far left all at the same time. They also fight the same Republican moderates who are now whipping up division inside the party. Think about it. In the week Republicans retake the House, and probably the Senate, win a host of victories around the country and with more to come – the corporate Republican class wants to pick a fight with the man and the movement that got us here.

For example, the establishment GOP in Pennsylvania was dead set against Colonel Doug Mastriano, and they worked hand-in-hand with Democrats to defeat him. When your gubernatorial candidate is being attacked from all sides, including your own, your Senate candidate will also be dragged down, along with congressional candidates on the ballot.

If the GOP had actually rallied around the top of the ticket – Mastriano and Oz – they could have won together and delivered a down-ticket boost. But not only did the GOP establishment in that state lose the governor and the U.S. Senate race, they lost congressional races that should have been pickups. The blame lies with them, and they know it. Hence their projection – as always – onto Trump.

If I were in charge of the Republican National Committee, I would be spending more time talking about how Katie Hobbs – the presiding Secretary of State in Arizona and also conveniently the gubernatorial opponent to Kari Lake – has botched the election process in the Grand Canyon State.

That’s right: Democrat Katie Hobbs is in charge of counting her opponent’s votes. Are you surprised we don’t have results yet? This slow walking isn’t an accident. It is a feature, not a bug. Democrats know they lose those Arizona races if all the legal votes are counted, so it was imperative to withhold the biggest red wave wins of the night so the media could push the “red trickle,” instead. And shame on the Republicans who are singing from their hymn sheet.

Imagine this scenario: the votes in Nevada and Arizona were all counted as efficiently as Florida, reported quickly, and the winners were declared. Would sneering CNN talking heads be able to deny the efficacy of this Trump-led wave in the face of those champagne bottles popping across MAGA country? No. So don’t fall for it.

The 2022 midterm Senate races were always going to be tougher for Republicans because of the seats up for grabs. Now look forward to 2024, when Biden will be dragging down every Democrat on the ticket, and when Democrats will be defending several vulnerable seats. They are sure to lose several, and will have to spread their resources thin to defend them all:

All of those are potential pickups with Trump at the top of the ticket in 2024 to pull MAGA candidates across the finish line and flip those seats red. No one else in the Republican Party has an endorsement rate as successful as Donald J. Trump’s. And no one else will even come close for years.

There will be another red wave in 2024, and don’t let anyone tell you that there was no red wave this time. 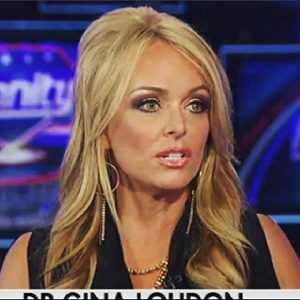