A British Senate? The ‘Next UK Prime Minister’ is Pledging Ruinous Constitutional Reforms That Cannot be Undone.

The Labour Party leader is pledging lazy "reforms" which in fact weaken the British government's ties to the long term national interest.

Like our American cousins, the British public often laments the avaricious, megalomaniacal, and self-interested ways of their political class. We demand more accountability and more gratitude from our politicians. It is irrelevant whether one is of the left or right – both “sides” are broadly dissatisfied with prevailing regime.

Disenfranchisement has been a growing concern for as long as most can remember, and now feels ubiquitous. Despite this, one of the only major constitutional changes we have made in recent decades actually ousted some people from political life who actually had more interest in the longer term successes of the nation. The destruction of our upper chamber – the House of Lords – by way of abolishing the majority of hereditary peers (Lords and Baronesses), has been disastrous for the nation. We have not recovered from this constitutional vandalism of the Blair years, nor may we ever, lest we seek to restore the very point of a bicameral legislature.

The House of Lords.

The imperfection of the House of Lords prior to this was self-evident. Having an entire parliamentary chamber filled with aristocrats or the sons thereof speaks little in favor of representative democracy. The chamber offered unelected persons the opportunity to intervene in the governance and legislative agenda of the nation. It whiffs of a by-gone age, when the landed elite gathered in powdered periwigs to deny ‘commoners’ political representation or rights. But it is untrue to argue, as does Theresa Raphael for Bloomberg, that the House of Lords consists of “Dukes, Earls, or Viscounts, which recall an ancient status system at odds with today’s meritocracy.” The House was once that, but certainly no more. Since Labour introduced the House of Lords Act (1999), more than 650 hereditary peerages were abolished, leaving a mere 91 in situ. What replaced these people was the chaotic mess we now recognize, with hereditary legislators replaced with failed politicians or dodgy, semi-surreptitious, lobbyists or donors for whom there is often no accountability.

This new arrangement has already been so disastrous that just over two decades on, the nation already recognizes that more reform, or even abolition of the House is necessary. Both sides of the so-called political spectrum are deeply unhappy with it. On the one hand, the Right lost respect for the House as a result of its conduct at the height of Brexit. It’s members worked tirelessly to obstruct the result of the referendum, infuriating many of its last defenders. The Left despises the very nature and history of the chamber, preferring a charade of unicameral “democracy” while altogether empowering the unelected administrative state instead of accountable legislators.

To better understand why the hereditary peers’ removal from the House of Lords was a disaster, one must recognize a simple fact about British history: Britain was never like France, where the combination of a Third Estate so arbitrarily oppressed, alongside an aristocracy so hostile to social change demanded violent revolution to create a form of social advancement. Looking into the past through lenses of class warfare and social resentment is an insufficient means of analyzing history before the mid-nineteenth century. As highlighted by G.M. Trevelyan, in his famous History of England, class tensions were certainly not as they are now. He writes:

“[U]nder the first two Georges [between 1715 and 1760], before the coming of great economic change, the wage-earner, both in town and country, scarcely seems to have resented at all his lack of social and political power. The British working man, then called the honest ‘yeoman’ or the ‘jolly ‘prentice’ was quite happy drinking himself drunk to the health of the ‘quality’ at election time. And, even if he had no vote, he could stand cheering or hooting in front of the hustings, while the candidates, possibly a peer’s son, bent low with his hand on his head or rotten egg in his hear, addressing the members as ‘gentlemen,’ and asking for their support as the chief object of his ambition.”

The sight of classes mixing and showing respect to one another, according to Trevelyan, “filled foreign spectators with both admiration and astonishment,” as it probably would today. But this was no coincidence. Indeed, it’s no coincidence that Britain has hitherto avoided any concentrated effort to usurp political power or tear down the government since the Glorious Revolution (1688). The nation avoided this as a result of the adversarial nature of the political system.

Throughout history there was endless conflict between the House of Commons and the House of Lords. Both challenged one another’s prejudices and had to negotiate to a manageable and sensible middle ground. The Lords provided a constitutional brake against democratically elected governments running rampant with aggressive political reforms, with the Commons providing an accelerator to encourage social progression. It was via this conflict that a range of perspectives were heard, and the country was better represented.

Crucially, the hereditary peers were reliant upon nobody for their position. Accordingly, they were existentially bound to act for the nation’s best interests. Unlike today’s House of Lords, where its members are forced to support the party that put them there as a demonstration of endless gratitude, squashing them consistently into the same political paradigms of the Commons, the hereditary peers had the freedom to act independently if they saw it fit. As recognized by Thomas Carlyle, a nation is completely reliant on the sovereignty of its land, and this is especially true with the former landed aristocracy occupying a seat in the Lords. Having received their seat in the Lords by right of birth, the same seat that their great-grandfathers occupied, they had no choice but to act in the interests of the country, for the nation’s interests coincided with theirs. The hereditary peers had little option to be anything but loyal to the nation as their fortunes, pomp, prestige, status, and influence depended on it. However, it also meant they were required to be progressive at times as, to maintain their social status, thus, to avoid social revolution, they couldn’t be as restrictive and arbitrary as other European aristocracies.

An emboldened House of Commons cooperating with a House of Lords filled with a mixture of hereditary peers, clergyman, politicians, businessmen, scientists, and other practitioners is preferable to what we now have. Almost anyone would prefer a nation with some constitutional brakes and hurdles to one where parties can surf a populist wave into office and start radically reforming a system in its interests. The words ‘almost anyone’ is used intentionally, for there is a very curious historical trend in this nation.

Whenever the Left gets into office, it aims to either cripple the influence of, or indeed abolish the House of Lords entirely. It began with Oliver Cromwell abolishing it in 1649 while declaring, “the House of Lords is useless and dangerous to the people of England.” Following his death, the chamber was restored. The aversion felt by countercultural parties and groups has however persisted hitherto, hence current Labour leader Sir Keir Starmer’s recent announcements about formally abolishing our House of Lords.

A “new, reformed upper chamber,” is on its way according to Sir Keir, which he claims is necessary to “restore trust in politics,” albeit by means of further uprooting Britain’s ancient constitution. Sir Keir doesn’t quite recognise how unoriginal this is.

Every countercultural government has either began or continued the process of destruction piecemeal.

The Ultimate Attack on Conservatism.

The Parliament Act of 1911 removed the Lords’ constitutional veto to bills passed by the House of Commons; and, if the Lords sought to strike down legislation, it could only delay promulgation for up to two years. The 1911 Act was the end of a long, slow, road for the aristocracy, beginning with the 1832 Great Reform Act. Since then, the 1949 Parliament Act, introduced by Clement Attlee’s Labour government, reduced the Lords’ ability to delay from two years to a year, rendering any delay a mere aberration rather than a powerful constitutional tool. The spirit of the sixties came and went, carrying the seeds of the cultural revolution, ensuring that anything pre-existing the Second World War was dubbed archaic and uncool. In 1968, Harold Wilson’s Labour government considered splitting the chamber into two-tiers, further fragmenting its power, and creating an easier route of bypass. This never came to pass. In the late 90s, New Labour came to power, and as they did with so much else, destroyed the Lords as a seat of intergenerational stability and turned it into the superfluous and erratic mess it currently is.

The reason why the Left is so hostile to the Lords, and why Sir Keir is desperate to abolish it, is because it will finally create a vacant space that it has desired for centuries; namely, a seat above the democratically elected Commons, possessed with the constitutional authority to strike down undesirable legislation. The House of Lords was always a seat of quiet, collected, conservatism which the Left despised because it didn’t have full administrative control. Thus, it will not just be abolished, with its ancient standing and authority potentially forever lost, but replaced with another chamber; and, similarly to the current, Blairite, Supreme Court, members will be controlled by swearing allegiance to the Equality Act (2010) and background-checked to ensure the removal of any conservative voices from government.

When reform comes, conservatives must be aware of the Left’s intentions: not just now, but also in the past. The House of Lords, as flawed as it was, at least managed to create a constitutional arrangement that ensured the leaders’ collective fates were bound to the state of the nation, which, in turn, ensured more prescient and calculated governance than what we have today. The British people are not wrong that there’s too little public interest in state affairs, but that arose from the lack of acknowledgement of the House of Lords’ and the hereditary peers’ places in the nation’s constitution. And after Sir Keir Starmer is elected, we can look forward to more of what we already have, albeit with more dominance and less opposition: bureaucracy and woke totalitarianism by Senator’s appointed by Starmer himself. 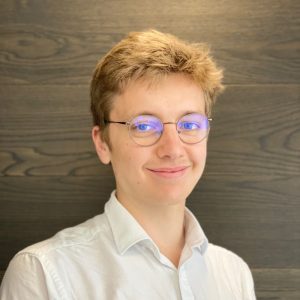 Jake is a contributor to the Salisbury Review and a Master's Student at King's College, London. He hosts 'The Boring Twenties' Podcast.